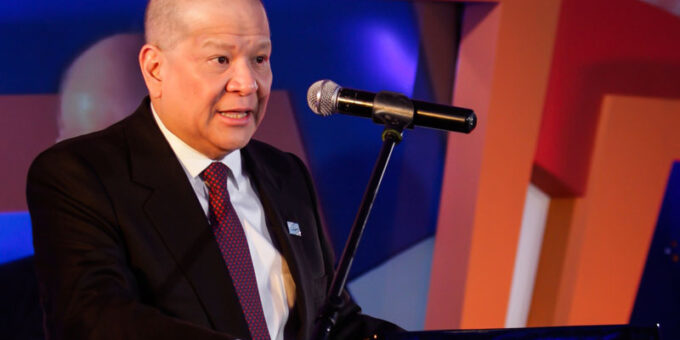 The sale of a majority stake in the Philippine Daily Inquirer raises concerns about the newspaper’s fabled fearlessness.

On 17 July 2017, Marixi Prieto, the chair of the Inquirer Group of Companies, which publishes the Philippine Daily Inquirer (PDI), announced that she relinquished her roughly 68% stake in the paper to the tycoon Ramon Ang (pictured), president of the San Miguel food and beverage conglomerate. PDI is the largest and most influential newspaper in the Philippines.

The two tycoons are openly known to be avid supporters of the Duterte administration. Rodrigo Duterte, 72, won the presidency of the Philippines with over 39% of the vote in the 2016 elections.

Mr Ang has donated so far some PHP 1bn (US$ 19.7m) to support the drug war waged by Mr Duterte and to build drug rehabilitation centers in the country. He also rounded up Singapore’s business community for a meeting with the president during a past state visit in the hope of persuading them to invest in the country. He promised to build power plants, schools and give livelihood packages to relatives of slain soldiers in the government’s anti-terrorist operations in Marawi.

The PDI buyout was both a surprise and an alarming move to many, as it came after Mr Duterte’s hasty, repeated attacks against PDI and ABS-CBN, both known for their critical stance against the president and the government’s drug war. ABS-CBN is the country’s biggest broadcast corporation, controlled by Lopez Holdings Corporation, a behemoth invested in a slew of industries including telecommunications, power generation, manufacturing and real estate.

Civil society reacted to the president’s browbeating. The Center for Media Freedom and Responsibility (CMFR), a local NGO, last March denounced in a statement “the president’s allegations against the media,” cataloguing them as “verbal abuse – the cheapest form of harassment and intimidation – that has brought the highest office to a historic low.”

In the past, the Duterte administration knowingly deployed various tactics, both hard and soft blows, to intimidate PDI. They often focused on their enemy’s weaknesses. For the Inquirer Group of Companies, the most sensitive part is their real estate business, which appears to be more profitable and, therefore, more valuable than its media investments. Before the takeover by Mr Ang, the government raised in national media the issue of unpaid rents for government land, accusing an Inquirer sister company, Sunvar Reality Development Corporation, of not paying back rentals amounting to PHP 1.65bn (US$ 32.5m).

The Inquirer Group of Companies argued that they had signed and paid in advance the extended lease agreement; but the government won the legal battle and the court ordered Sunvar to vacate the property. The country’s Solicitor General Jose Calida said that the Inquirer, whom he called the “Philippine Daily Squatters”, deserved to be evicted by force, if necessary. In a sarcastic comment, he said that the billions of unpaid rentals could have been used for the reconstruction of war-stricken city of Marawi, which is under siege by an ISIS-inspired terrorist group, known as Maute.

The billions of pesos for unpaid government land rentals could have easily spelled the Inquirer Group of Companies’ bankruptcy.

The Inquirer has gone far enough from its early days in 1985 as one the few openly published newspapers associated with the so-called “mosquito press” that defied the Marcos dictatorship. “Mosquito press” is a term coined during the Martial Law proclaimed by President Ferdinand Marcos back in 1972.

Later bought and fairly well-financed by wealthy Filipino clans, the Inquirer enjoyed a 50% market share. It consistently tops readership rankings, according to data from AC Nielsen, Asia Research Organization and Newspapers Dealers Association. Much of that success is due to an innovative business model and use of new technologies that helped the newspaper diversify its services and products. The company, for example, broadened its distribution with the establishment of Inquirer.net, Megamobile and Inquirer Publication Inc. that pioneered community journalism in the provinces.

It was at the height of the land-related controversies that Ms Prieto announced the sale in the company. She said in a news release that divesting after 25 years is “a strategic business decision.” Mr Ang’s expertise “will unlock added value” to the Inquirer’s business interests, she added. Ms Prieto assured its worried employees that Mr Ang “will continue to uphold” the Inquirer’s commitment to “pursuing the highest standards of journalism” and will retain all existing employment contracts.

Mr Ang pledged that under his management the publication will continue to “make a difference in the society it serves.” He explained that the acquisition was financed with cash from his personal account, not from San Miguel corporation, which is one of the biggest advertisers in the Philippines. The corporation also operates in energy, infrastructure and petroleum retailing industries.

Mr Ang’s acquisition of the Inquirer is not an isolated venture in the media. Before that, he has been on the lookout for media outlets. He has reportedly been in talks to buy shares from GMA 7 and CNN Philippines TV channels, but to no avail as the negotiating parties failed to agree on the “right price” in spite of Mr Ang’s aggressive haggling.

Some wonder why a tycoon like Mr Ang, happily making more money in other businesses, wants to venture into media, buying into a company pressured by the government to pay billions in fines. Politics is likely to be the answer. Prieto’s offer to Mr Ang was a “strategic business decision” aimed at securing their financial survival. Mr Ang’s acquisition of the Inquirer is rather a strategic political decision aimed at weeding out criticism in the media to the benefit of the incumbent administration that he patronizes.

The PDI crisis is alarmingly reminiscent of the return to a familiar authoritarian rule that this newspaper bravely fought during the martial law years. The Inquirer, established two years after the brutal assassination of Senator Benigno Aquino Jr., was envisaged to be “fearless in the face of repression, […] unflinching in its commitment to the truth.” It bravely covered the investigation of the Aquino assassination at a time of strict censorship, reported on the anti-Marcos protests and became one of the few alternative media organizations that provided space for dissenting voices until 1986 when protests climaxed to an uprising that ousted the Marcoses. Mr Aquino was assassinated in 1983 at the Manila International Airport as he returned from his self-imposed exile.

As the Duterte administration slowly unravels its illiberal and fascist tendencies, with the support of tycoons hellbent on capturing media, the role of the Inquirer’s journalists is put to the test. If they don’t want this to be their swan song, the voices of resistance will need a more fearless and resounding refrain.