One of the wealthiest media tycoons in Cameroon lands firmly into the government’s crosshairs as attacks on independent journalism intensify.

Only seven years ago, Mimi Mefo was graduating with a degree in journalism from the University of Buea, the capital city of the Southwest Region in Cameroon. Today, she is one of the most acclaimed journalists in the country, thanks mostly to her current job as English desk editor and anchor at the privately run TV station Equinoxe.

Television brings fame, but also troubles, especially in a country like Cameroon where both censorship and harassment of journalists are common. Ms Mefo experienced such treatment on 7 November 2018 when she was arrested and taken to the New Bell prison in Douala, Cameroon’s largest city and its economic capital with a population of 1.9 million. Ms Mefo was accused by a military court of committing a “state security” offense when she published what the court claims to be false information about clashes between the military and separatist militias.

Under pressure from international NGOs such as the New York-based Committee to Protect Journalists (CPJ) and Amnesty International, Ms Mefo was released three days later.

This incident is just the thin edge of the wedge as the Cameroonian regime is intensifying its efforts to clamp down on critical journalists after Paul Biya won the seventh President term in elections held last October. The media controlled by Severin Tchounkeu, including Equinoxe TV, have been particularly targeted.

“The government is coming after us,” a journalist working with La Nouvelle Expression, a daily newspaper in Cameroon also owned by Mr Tchounkeu, told our correspondent. “The arrest [of Ms Mefo] was a strong signal that the authorities won’t accept any more criticism.”

The elections were particularly worrying for Mr Biya, now 85, and his coterie of supporters. Mr Biya, who has been in power since 1982, won more than 71% of the vote last October. However, the voter turnout was very low, a mite above 50%. In Cameroon’s two Anglophone regions, the voter turnout was as low as 5%. Opposition parties claimed that there were also many instances of voter intimidation. Their calls for a rerun of the presidential election were turned down by the Constitutional Court.

“Biya and his people are getting worried about the lack of popular support, which explains why they come after journalists more forcefully than before,” another journalist working with La Nouvelle Expression said. “We were told by our publisher to expect a lot of attacks.”

Equinoxe is one of the most vocal critics of Mr Biya and his regime. The station valiantly covered the political demonstration against a change in Cameroon’s Constitution that allowed Mr Biya to stay in power after 2011 (the year when he was not constitutionally allowed to run for office again).

The station’s broadcasting was suspended for a while in 2008. Based in Douala, Equinoxe is known for its high-quality political programs.
Launched in 1991, La Nouvelle Expression is a newspaper targeting Cameroon’s Francophone community. It was the first media business established by Mr Tchounkeu in Cameroon after his return to the country in 1990 following more than a decade in France where he completed his studies, including a degree in political science at Sorbonne.

Both English and French are official languages in Cameroon, but French is by far the most popular with over 80% of the country’s 23 million people understanding it. Some 250 other languages are spoken in Cameroon, making the country one of the world’s most linguistically diverse nations.

Besides Equinoxe and La Nouvelle Expression, Mr Tchounkeu also owns a radio station. Cameroonian authorities have been cautious so far about how they handled Mr Tchounkeu. Known as a “wise” and “demanding” manager, he won the respect of Cameroon’s industry and authorities. In Cameroon, respect often equates fear.

Even people like Mr Biya are wary of the power that Mr Tchounkeu’s media outlets have in Cameroon. Three years ago, authorities even gave him a position at the helm of a government agency in charge of giving official certificates recognizing  professional journalists working in Cameroon. This job is traditionally given to industry people.

That didn’t dissuade Mr Tchounkeu’s media from reporting independently. The arrest of Ms Mefo is now a clear sign that such reporting won’t be so easily tolerated, according to journalists interviewed for this report. They agree that attacks against critical voices are more intense than before. Last month, Michel Biem Tong, editor of Hurinews, a website reporting on human rights, was arrested. He is still in prison, according to CPJ. At least six journalists have been arrested in Cameroon since 7 October 2018 when presidential elections took place in Cameroon.

However, gagging critical media is not a cakewalk anymore. During Mr Biya’s early days in power last century, control of media was much easier. The internet now complicates everything.

After Ms Mefo’s arrest, the hashtag #FreeMimiMefo has been trending on social networks. Although the government tried hard to prevent coverage of this crisis, footage of alleged abuses by both Anglophone separatists and Cameroonian troops have flooded the social media. A security crisis which has plagued the country’s English-speaking regions since 2017 is one of the most sensitive issues in Cameroon.

The politicians, though, are quickly adjusting to the new age, and many of them embrace the internet. Social media, for example, was a key communication channel during the latest electoral campaign. Even the octogenarian Mr Biya announced his candidacy in the latest elections on Twitter. 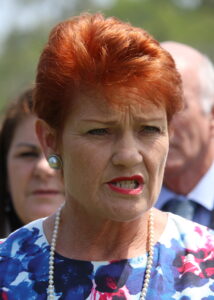