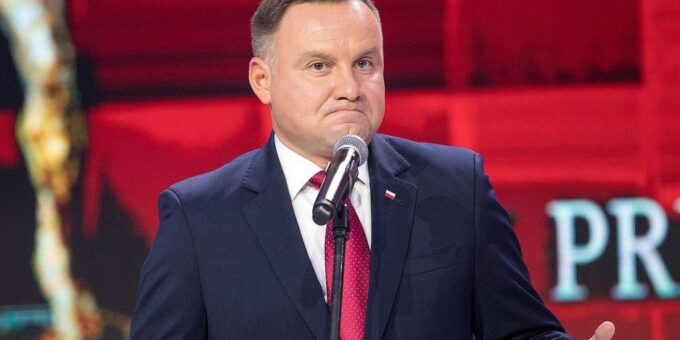 European countries should buy stakes in companies as a way to counter the threat of Chinese takeovers, the Commission has advised. The sharp economic downturn triggered by the pandemic and major falls in share prices across Europe made many companies vulnerable to takeover by foreign players.

The ruling Law and Justice party (PiS) put forward a bill, according to which the presidential mandate is to be extended from five to seven years. The move would require amending the constitution. If passed, the law would extend the term in office of President Andrzej Duda, a PiS ally, by 2022.

The Polish lower house, the Sejm, is set to vote today a law that foresees prison sentences for sex educators. It is one of the many highly controversial bills that Poland is cranking out these days. The sponsors of the bill argue, somewhat doltishly, that pedophiles and LGBT+ activists often use sex education to “groom and familiarize children with homosexuality.”

The potato growers in Belgium called on the government to help them survive the coronavirus lockdown. As 90% of Belgium’s homegrown potatoes are exported, the travel bans in place are likely to cripple the industry.

DTEK, Ukraine’s largest private power provider plans to suspend operations at one of its largest coal mining complexes. That would lead to the loss of some 30,000 jobs.

The Kyiv Court of Appeals yesterday ruled that state-owned PrivatBank must pay US$ 259m to six British companies owned by the families of Ihor and Hryhoriy Surkis, the business partners of the bank’s former co-owner, Ihor Kolomoisky, a Ukrainian oligarch.

Police and the Security Service of Ukraine are investigating Mykola Povoroznyk, deputy head of the Kyiv City State Administration. He is suspected of soliciting a bribe of US$ 125,000 from a construction company.

LTV, the public service broadcaster in Latvia, issues an online documentary, The Keys, which examines the effects of the process of Russification.

Rail Baltica, a project with a budget of €6bn for the construction of a high-speed rail, has launched this week the tender for electrification engineering services.

To ensure uninterrupted operations of the Riga International Airport, the supervisory board of the airport operator appointed board member Laila Odina as the temporary new board chairwoman.

Magyar Telekom, Telenor and Vodafone, the three key telcos in Hungary purchased frequency usage rights for 15 years, in an auction organized by NMHH, the local regulator. The frequencies were used to roll out the 5G mobile technology in Hungary. The three paid a total combined HUF 128.5 (€365.2m) for the frequency rights.

The construction of a new bridge over the River Danube connecting Hungary with Slovakia at Komarno is expected to continue as planned and to be completed around late summer or early autumn.

Sales of gasoline in Hungary dropped by about 30% and sales of diesel fell by almost 25% in March following restrictions on movement imposed by the government as part of the set of measures aimed to contain the spread of the novel coronavirus.

Hungary and Kyrgyzstan have agreed to set up an investment fund of €50m aimed to support Hungarian businessesʼ investments in Central Asia.

Output of Hungaryʼs automotive sector, which is the engine of the country’s industrial growth, rose 5% year-on-year in February, a deceleration compared to the previous month.

Chinese President Xi Jinping conformed that he is going to pay a visit to Serbia to meet with the Serbian President Vucic.

A recent report from the IMF predicts a sharp contraction of the economies  in most Balkan countries as a result of the pandemic, ranging from 3% to 10%. Greece is expected to suffer by far the biggest fall.

The United States could send Russia ventilators to help the Russians fight the coronavirus, according to Donald Trump, the American president. The announcement comes after controversy over the shipment by Russia of medical supplies to the U.S., which experts say are a proof that America violates its own sanctions.

The Czech finance minister Alena Schillerova advised the government to buy Czech Airlines (CSA), the country’s flagship air carrier that used to be controlled by the state. CSA is now majority-owned by the Smartwings group. More than 90% of CSA’s fleet is now grounded.

The Romanian Embassy in Moscow announced that it has finalized the Integral Nominal List of 20,718 Romanian prisoners of war and deported civilians who died between 1941-1956 in the camps, hospitals and special facilities run by the Soviet security service at the time. They were buried in cemeteries and other burial sites on the current territory of the Russian Federation.

Revenues of NGOs have decreased by up to 90% since the start of the pandemic-related crisis, crippling the civil society sector.

The Ministry of Finance has drafted a bill, that will transpose into local legislation a pan-European directive on combating money laundering. The bill creates the Electronic Central Register, which is envisaged to allow the identification, in a timely manner, of all the companies and individuals who own or control payment accounts and bank accounts identified through IBAN.

Wang Quanzhang, a Chinese human rights lawyer, was not allowed to see his family and friends after his release from prison last Sunday. He was forced to home arrest in his former residence in Jinan, a city in eastern China. Wang Quanzhang served more than fours years and a half in jail for “state subversion.”

TAL Education Group, a Beijing-based operator of tuition centers whose shares are floated on the New York Stock Exchange, admitted that its sales were inflated by an employee to the tune of hundreds of millions of dollars. In a separate case, Nasdaq-listed Chinese video streaming company iQiyi was found to have doctored its revenue figures for 2019, inflating them by up to 44%.

More than 1,000 homebuyers are likely to fall into negative equity in Hong Kong, which in practice means that a home loan exceeds the market value of the property involved. The prices of flats in various real estate properties in Hong Kong tumbled by more than 10% from October last year.

Lekh Seangly, 21, a gas vendor from Taing Kork district’s Treal commune in Cambodia, was detained and risks to spend two years in prison after a local court charged him of inciting unrest. Seangly criticized the government’s decision to cancel Khmer New Year celebrations as a way to prevent spread of the coronavirus pandemic.

A consortium that includes the Australian owned Myanmar Metals, which holds 51% of the shares in the Bawdwin mine in Myanmar, eyes a tax holiday that could save the company some US$ 163m, money that could finance the salaries of over 109,000 primary school teachers in a year. The mine is expected to be one of the largest producers of silver and lead in the world. A report from a Berlin-based consultancy shows that the Bawdwin mine is expected to make massive profits even without the tax break.