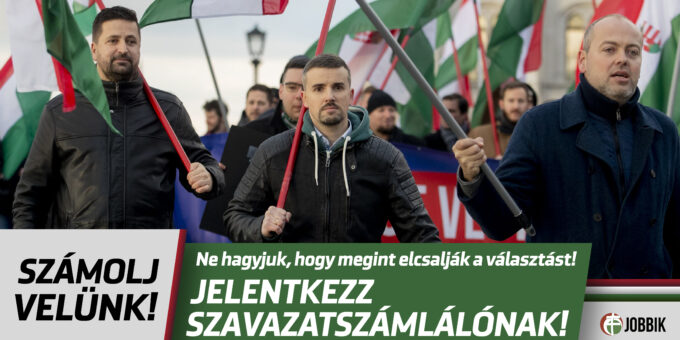 The video of a Hungarian reporter filmed tripping refugees made headlines all over the world. The station she worked for is close to Jobbik, an extreme right-wing political party. But that is not all Jobbik sympathizers build in Hungary.

A female cameraman tripped an escaping refugee holding a child, and also kicked another child while she was shooting a refugee crowd escaping from the police at the Serbian-Hungarian border in early September 2015. The footage quickly spread globally. Petra Laszlo, the cameraman in question, became world famous, and was made redundant from television N1TV (“n” standing for national in Hungarian). A police proceeding was launched against her for disturbing the peace. She became a hero of the extreme-right wing Hungarian community with people demanding N1TV to take her back.

The online-only television N1TV (nemzeti1tv) was founded in 2011 and made available on YouTube. The channel has over 16,000 subscribers and its videos almost 12 million views. It has two to four short programs daily, including reports, interviews and videos without comments, and airs also reports about Gabor Vona, leader of right-wing party Jobbik (the Movement for a Better Hungary) in disguise visiting various parts of the country as paramedic, public worker and kindergarten worker. He also appears selling vegetables in an open market. It is not known who is the owner or the publisher of N1TV. Nevertheless, its political stance is clearly suggesting it is being operated by people sympathizing with Jobbik. But that is not all. Jobbik’s wings spread much more than that. According to Atlatszo.hu investigative reporting site, the domain of N1TV was registered by the For Balanced Media Foundation (Kiegyensulyozott Mediaert Alapitvany), which receives most of its financial support from the Growing Hungary Foundation (Gyarapodo Magyarorszagert Alapitvany), a party foundation of Jobbik.

Nation Builders: From Media to Taxis

Jobbik is an extreme right-wing parliamentary party, currently the second most popular party in Hungary according to public opinion polls. In May 2015, Mr Vona announced that if anyone would like to gain “authentic information” about the party, they should be following N1TV, Alfahir.hu (whose publisher is the For Balanced Media Foundation) and weekly Barikád (owned by Compass Political and Economical Research Institute (Iranytu Politikai es Gazdasagkutato Intezet), which receives funds regularly from the party foundation of Jobbik. One may add bi-monthly Hazai Pálya to this list as the publisher is the party itself. N1TV is the latest media outlet that Jobbik added to its portfolio, which could be considered as a culmination of the efforts of Jobbik in navigating itself to become a people’s party.

Being a Jobbik sympathizer was not so trendy up until Mr Vona and his party started to reshape the image from being extreme-right wing into a more friendly and supportive party. The rebranding began by publishing a picture of Mr Vona posing with cute puppies. Since then, Jobbik came out of the shadows. People being part of the Jobbik sympathizer community are proudly wearing the signs of their beliefs: jewelry and clothes decorated with ancient Hungarian, or rather Hun (the old nomadic people Hungarians come from) ornaments are very fashionable. A whole industry is being built on national emotions, as Hungarians should be supporting true Hungarian companies, not the ones making profit for external interests. Even a National taxi exists owned by a person sympathizing with the values of Jobbik.

Before Jobbik entered the parliament in 2010, the party and the ideas it represented did not get much airtime in the mainstream media. After 2010 the presence of its representatives was increasingly tolerated in TV studios up to the point that even some left-wing media outlets gave up their Jobbik boycott. Jobbik is becoming more and more popular and clearly aims to be the challenger of the governing conservative Fidesz–KDNP party coalition. The pursuit of Mr Vona might not be in vain: the popularity of Fidesz has been on a roller coaster for a while, and many disappointed voters now turn to Jobbik, which is offering clear-cut, but unacceptable answers to the questions governments did not dare to tackle fundamentally or even simply ask since the democratic transition. Such topics include the integration/segregation of the Gypsy community, criticizing the European Union or attacking multinational companies for exploiting the employees and the land. Left-liberal parties are almost non-existent: the third largest is the Hungarian Socialist Party, which was traumatized after three lost elections in a row in 2014 (parliamentary, European parliamentary and the local elections) and still has not solved its internal battles. Smaller parties are trying to gain some attention from the electorate, but their pale efforts to gain attention provoke astonishment at best, even from their supporters.

Be Nice to Your Local Nazi

The only opposition of the Fidesz–KDNP government seems to be Jobbik, and being a supporter of the party does not provoke frown eyebrows any more. A devoted Jobbik sympathizer is recognizable from their outfits, from the music they listen to or the festivals they are going to. Generally these people form an easily distinguishable group. In the public opinion, to despise groups such as the Gypsy community, the gay people, the Jews is increasingly tolerated in Hungary and that is also because of the growing popularity of Jobbik. Nevertheless, generally they claim that anyone can join them sharing their “national” values regardless of the skin’s color, religion or sexual attitudes.

The increasing acceptance of the values Jobbik embraces is further fostered by the measures taken by the Fidesz–KDNP government. Since 2010, Hungary has been in the international spotlight as the governing party had a two-thirds majority enabling them to change the whole legislative framework including drafting and accepting a new constitution, placing its people to key roles, practically criminalizing homelessness, centralizing textbook publishing, introducing flat tax harming the poorest, cutting from the employees’ rights, and raising corruption to a whole new level. They could do so, as the check and balances were erased from the system having the constitutional majority. The latest achievement of the government of Viktor Orban was  global disgust triggered by the way refugees from Syria, Iraq and Afghanistan were treated by the Hungarian authorities countrywide, but especially on the Serbian-Hungarian border, the very place where Ms Laszlo tripped the escaping man holding his child.

Ms Laszlo might be condemned based on what she had done. But what she represents is more significant. She is a symptom of a diseased society. The only question is whether the doctor or the mortician should come.