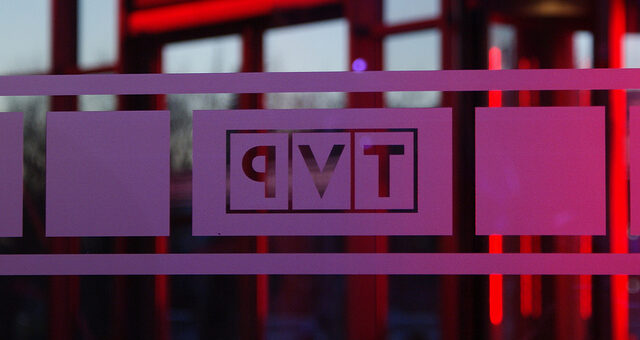 The victory of national conservatives in the Polish elections last week is a harbinger of grim times for the country’s journalists. Are their plans similar to those of premier Viktor Orban in Hungary? They resemble them, but bringing the media into line will not be a cakewalk in Poland.

In 2016 public media will become national media in Poland. This is what politicians of Law and Justice (PiS), the national conservative party, declared after winning the 25 October parliamentary elections and, earlier in May 2015, the presidential ones. It means a revolution for Polish Television (TVP) and Polish Radio (PR), strong public broadcasters that have 31% and 28% share of the market, respectively.

But what does it mean in reality for them to become national media?

The two broadcasters will have restrictions on selling advertising, which now represents 70% and 30% of TVP’s and PR’s income, respectively. The bulk of their financing will come from a new fee that all radio and television users will have to pay. Currently, only one in ten families pays the public media license fee that goes to TVP and PR. This payment rate is so dismal because non-payers have not been punished for years. After the planned changes, the TVP and PR management will be appointed by the minister of culture; now they are chosen by broadcasters’ supervisory boards, composed of academics selected by the National Broadcasting Council (KRRiT), which in turn is elected by MPs and the president. This checks and balances system is not immune from politics, but not easy to maneuver either.

These plans have been already known before, but now they are very likely to become reality. The landslide PiS won in elections with 39% of the votes gives them the majority in both chambers of parliament. There is already a fear that they will start purging public institutions to appoint their own people.

In the spacious, glass-walled TVP cafeteria, a journalist who is cousin of Jaroslaw Kaczynski, the PiS czar, was heard recently openly talking about who will replace whom. Names circulate on the internet and are quoted by politicians. The tabloid Super Express showed one of the leading journalists in Poland, Monika Olejnik, caught on camera by paparazzi photographers when buying a toothbrush. The article had no text, only the title “PiS won the elections, Oleynik bought a toothbrush”. The implication was that hard times are coming for independent journalists.  They will need toothbrushes ready as they will be taken unexpectedly by police. Memories from the first PiS rule in 2005-2007 when police were coming to houses at six a.m. knocking at the door and home searching came rushing back.

PiS seemed, however, to have learned lessons from the 2005-2007 period when they also held executive power (albeit in coalition with other parties) and the presidency. The first bill the president at the time, Lech Kaczynski, signed was a change in public media system, done from the top down. He reshaped KRRiT’s composition and power. New members were abruptly brought in KRRiT, but taking over public media lasted over half a year.

This time it will be done in a different manner and faster. Public media will have access to funding raised through tax and will have new bosses already in the beginning of 2016. The management of the public media will represent “authorities in media and culture,” said the likely future minister of culture Jaroslaw Sellin. But who will nominate them? It’s not clear yet. It may be the minister himself, which would be against all European public media standards, or some advisory council appointed by him. The less checks and balances in a new system, the worse for public media. KRRiT change seems to be left for later, maybe because the six-year terms of its five members expire in August 2016 anyway.

Of Ducks and Men

Neutralizing private media, largely owned by international companies such as American-owned Scripps Networks Interactive, Germany’s Bauer and Springer or French-owned Lagardere, will be much harder, but sometimes they also succumb to pressure. A group of journalists working for the Roman Catholic church-controlled broadcasters Radio Maryja and Telewizja Trwam and papers run by credit unions, calling themselves “independent”, wrote a letter to Scripps warning them about the political support that the journalists of the private TVN are giving to the outgoing government. Scripps Networks Interactive in March 2015 bought TVN for a total of US$615 million. After the letter was sent, one of TVN’s journalists, Jaroslaw Kuzniar, the host of a popular morning political show, was demoted to an infotainment program “to learn teamwork.”

Another way to hurt private media is by moving state advertising money from one media outlet to another one, which is less critical or more supportive. Over 500 state-owned companies, strong in energy, mines, refinery and other “strategic” industries, spend money on advertising in private media.

So does this all mean that “Orbanisation” of the media, after the model in Viktor Orban’s Hungary, is rising over the Vistula river, just like it did over the Danube?

So far, having 235 votes in the 460-seat lower chamber and 61 out of 100 seats in the Senate, PiS lacks the constitutional majority of 307 votes to dictate in everything. Unlike Hungary, where Viktor Orban changed the constitution, which had originated back in 1949, to be able to do anything, the Polish constitution was rewritten after 1989 and the current version adopted in 1997. Also, the Constitutional Court in Poland still has strong powers in rejecting legal amendments. In 2006, for example, the court chopped to pieces the PiS’s changes of the KRRiT law. Therefore, the Orban-like duckization (Kaczynski means Duck-like in Polish) of the political system in Poland will require time and stratagems, but longer term it is not impossible at all that they will succeed.

In autumn 2015 Poland is entering a new, turbulent period of its post-communist 26 years of history. Media, in majority liberal, but not able to stop the recent PiS victory, will be at the forefront of the duckization process. The moment they stop being critical will indicate that they have lost their power. This would mean that Warsaw has moved over the Danube, even further, to the Moscow river. Chilling perspectives.