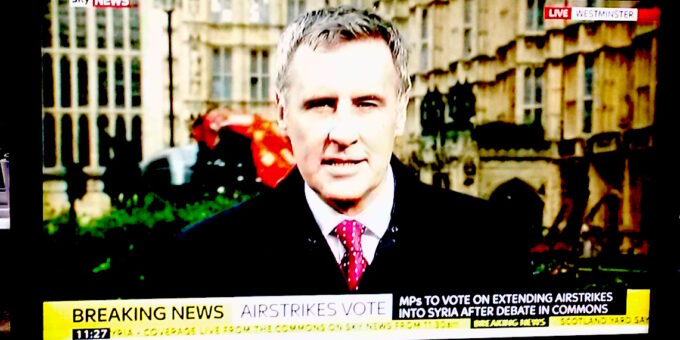 European broadcast groups are dwarfed by American ones on the global level. But at home, they enjoy a comfortable position. And they tend to further grow.

Growing media concentration continues to be a troubling global trend. Worldwide, the top 10 global media players, dominated by U.S. companies, control ever-larger swaths of the media landscape. This situation causes media scholars and activists to raise concerns about the impact on democracy when an ever-growing share of the global communications environment is controlled by fewer people.

The Sky Is Not the Limit

The trend in Europe seems to be toward the dominance of large European companies rather than of the largest global media players. According to research published by European Audiovisual Observatory (EAO), 62% of turnover in Europe’s media markets in the past year has been taken up by the 12 largest European audiovisual companies. Only one of those companies – British-based Sky – appears in the list of the global top 10 with total revenues worth some €13.1bn in 2014. This is still far from the €36bn in revenue generated by American Comcast Corporation.

But while European groups are hardly posing strong competition to American ones on the global market, on their home markets, they still retain a comfortable position.

In the past five years, the revenues of the largest audiovisual groups worldwide have grown faster than the market itself, mainly as a result of the accelerated consolidation of the American market. However, this process has not taken place in Europe and Japan where broadcast groups have grown their business at a slower pace. The sole exception is Sky UK, which in late 2014 took over Sky Deutschland and Sky Italia, in a deal worth some €7bn. The deal propelled the Sky group to a leading position in five major European pay-TV markets. It also pushed Sky’s number of customers up to over 97 million across Europe from some 30 million households before.

On the English home market, Sky has by far the largest revenues. A report from Media Reform Coalition (MRC) in the UK forecasts that Sky’s revenues will be more than double the budget of the public service broadcaster BBC, which is funded through license fee paid by households. Sky is part of a bigger media conglomerate partly controlled by Rupert Murdoch. What is even more worrying is that almost all radio news (public or commercial) in the U.K. is provided by two wholesale outlets: the BBC and Sky.  Also, Mr Murdoch’s News Corp is also one of three publishing groups that command over 70% of the national newspaper makes in the U.K.

On 7 December 2015, the MRC is presenting in the House of Commons in London a set of measures aimed at “tempering” the power of the largest media conglomerates and that, the MRC believes, will provide fresh funding for community journalism and youth media.

The latest data from the EAO also show that public broadcast institutions continue to dominate Europe’s audiovisual market. But they do so mostly in Western Europe. Five of the top-12 European companies, EAO notes, are the public service broadcasters ARD and ZDF of Germany, BBC, France Televisions and Italy’s RAI. In Eastern Europe, the reform during the past two decades of the former state-controlled broadcasters into public service media has failed. Many of these broadcasters have lost audience and their budgets have declined as people are increasingly reluctant to pay for television services that serve the government rather than citizens.

In contrast, Western Europe saw its public media thriving in the digital era. Many of these companies had the financial means to transform their operations to better compete in the digital market. Still, public media in Western Europe are also wrestling with major problems. In the U.K., BBC faces a cut of 20% in its budget over the next five years. In France, where the concept of public media is deeply ingrained in society, the French public media was also faced with massive cuts in funding: a €292m cut in 2014 alone. In Italy, RAI has been traditionally slammed for being an official mouthpiece for the government in power.

However, in most of Western Europe, public service media are harshly criticized for their huge operations and bloated staff. For example, the revenue from license fee for public media in Germany reaches €7.6bn annually.

Clearly media in Europe exhibit levels of concentration consistent with troubling global trends. However, the fact that it is the top European, rather than the top global players who dominate in the region, as well as the presence of large public service broadcasters among the top European concerns may suggest some ways that Europe diverges from the global trend.

But this is not necessarily good. Dominant players, private or public, remain a reality in many markets.