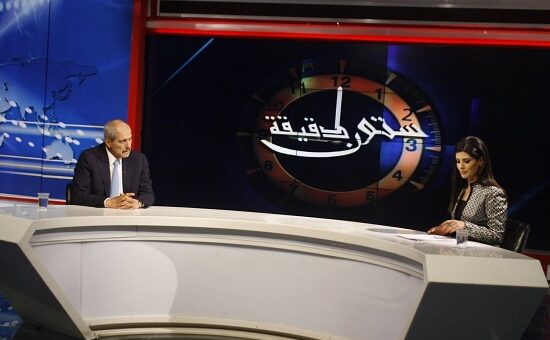 Jordan’s state television JRTV has seen its audience levels plummeting  in the past decade. Its reform has never succeeded. Now, the government pledges to launch a new TV channel that would truly serve the public. But these plans are raising numerous eyebrows.

The government of Jordan has reportedly decided to allocate nearly US$15 million a year to fund a new “public service” broadcast channel.In the past few weeks, many commentators and media analysts have considered trying to reform  the already bloated and bureaucratic state television, Jordan Radio and Television Corporation (JRTV), which has lost viewership over the years, mainly because it has been unable or unwilling to reform. The decline was the result of the growing number of satellite channels in the region that provided more attractive entertainment and improved programming, including news.

JRTV continues to face major financial problems. It has also been faced with criticism, over the years, from citizens and media experts that it was lagging behind other Arab networks in both performance and capability.

New Kids on the Television Block

Another reason for JRTV’s decline in audience, besides competition from satellite channels, is the appearance of new independent TV stations in Jordan. In 2011, an independent local channel was launched, Roya TV, which broadcasts local news, dramas, and a variety of political, social, and economic programs.

Jordanians perceive it as more professional than JRTV. They also see it as a channel that is slowly pushing back the limits on freedom among the country’s mainstream television channels.

Osama Salameh, author of a 2009 thesis at the University of London found that 25–35-year-olds in Amman were frustrated by JRTV’s lack of independence and by the slow pace of reform in the broadcast field, unlike other forms of media in Jordan, which have made progress.

In the past decade, various new local outlets, such as Roya TV and Al Ghad newspaper, have been established, providing a more independent and alternative source of information and news for Jordanians.

Now, the new TV “public service” channel, due to launch in less than nine months, is raising skepticism among the Jordanian public and commentators about both its independence and the audience it wants to target.

A Royal Decree was issued last month naming the chairman and board members of this public service broadcasting (PSB) station. Two of the four board members have previously served as ministers in the government. Another board member is currently the dean of the Jordan Media Institute, an educational organization founded by her Royal Princess Rym Ali. Before marrying the Jordanian prince Ali Bin Al Hussein, Rym Ali worked as a journalist. Her previous stints included CNN where she worked as a reporter and producer.

But the station’s chairman, now a columnist at the independent daily Al Ghad, Fahed Khitan, wrote that despite the skepticism among commentators, there are assurances from top officials that editorial policies and decisions at the new station will be made independently. He promised, in his column, that the channel is there “to serve the Jordanian public first and foremost and with a degree of freedom not entrusted before.”
The pressure of digitization, which opened the space to numerous voices and outlets, has led to increased coverage of domestic, local, and community issues in the media industry in Jordan. Previously, print and broadcast stations had covered regional news and focused more on Jordan’s foreign policy.

The announcement of the new public service broadcasting channel comes amidst what many consider a regression in press and online freedoms in Jordan. Last week, the Jordan Press Association criticized a recent decision by a court ruling that slander on news websites under the Electronic Crime Law, allowing for the detention of those working or using the media, would extend to cover social networking sites. Several people, including journalists, in the past few years have been detained for accusations of slander or defamation on social media.

One of the conclusions that were raised in the recently published assessment of media development in Jordan by UNESCO, is a need for the media to pay more attention to those living outside the capital and in other districts, an opportunity that the public television channel should seize as it says that it aims to serve the Jordanian public. “Significant efforts would be needed – both legally and at an administrative and practical level – to ensure that the extensive media in Jordan which is fully or partially state-owned can operate as public service media, in line with international standards,” UNESCO said.

The public station broadcaster will face a skeptical audience, but its most immediate challenge is to convince the public that it will perform its duty as a watchdog to protect the public interest.

Without that, it’s not going to fare any better than JRTV.