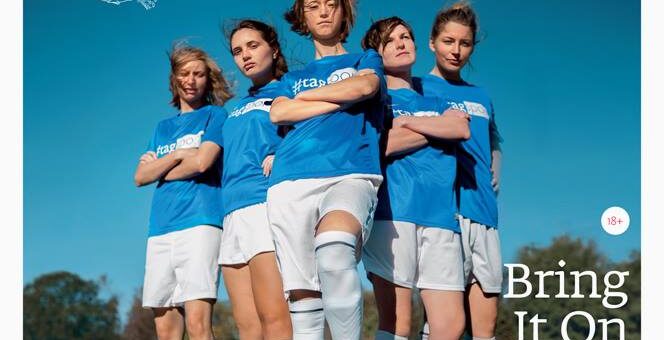 With a new owner and now a new editor, the English-language paper The Moscow Times is being reformed from the ground up. A leaner, more economically resilient publication is likely to emerge – but, what rises from the ashes is an entirely different kind of paper which will probably not be very critical of the Russian government.

The appointment yesterday of the liberal journalist Mikhail Fishman at the helm of The Moscow Times has been lauded by many journalists as Mr Fishman is well known for his integrity and courage. He was the editor-in-chief of Russian Newsweek when it closed down in 2010, reportedly because of financial problems. He then moved on to work as an anchor on a political show aired by the liberal TV station Dozhd, which is known as virtually the sole television station in Russia that offers a non-governmental perspective on the political life. The station’s critical standpoint has often attracted the ire of the regime.

So how much space for independent journalism will Mr Fishman have in his new role? Although the newspaper’s new owner, Demyan Kudryavtsev, seems to guarantee enough room for good quality journalism, it is very hard to say how much liberty Mr Fishman will have as the space for free journalism in the Russian media is precipitously closing.

The question then is, with a new owner poised to reform The Moscow Times, where is the newspaper actually going?

Mr Fishman’s appointment came less than a month after the departure of the veteran journalist Nabi Abdullaev from the leadership of The Moscow Times. Mr Abdullaev said that he resigned because of “differences” with Mr Kudryavtsev. Does that mean pressures on the newspaper’s editorial content and policy? Russian journalists in London and Russia interviewed for this article say that Mr Kudryavtsev is in no way the kind of owner who would gag journalists.

Mr Abdullaev himself clarified that the “differences” were related to the actual running of the paper and not to editorial issues.

Mr Kudryavtsev is a veteran Russian media manager. He was a former business partner of Boris Berezovsky, a vocal critic of president Vladimir Putin who died in suspicious conditions in London back in 2013. Mr Kudryavtsev headed the Kommersant publishing house between 2006 and 2012. His work there was praised by journalists who said that he maintained editorial independence in spite of steadily increasing and suffocating pressure from the government.

Mr Kudryavtsev left Kommersant in 2012 following a scandal over a magazine cover carrying offensive messages to Mr Putin. He purchased The Moscow Times in May 2015 from the Finnish group Sanoma. The Finns had bought the newspaper in 2008 from its founder, the Dutch investor Derk Sauer who established it back in 1992.

Independent in a Country of Dependencies

The purchase of the newspaper last May triggered a wave of speculations over the new owner’s actual intentions. Journalists and media experts are questioning who is actually behind the move. They doubt that Mr Kudryavtsev had sufficient money for such an acquisition. He purchased The Moscow Times as part of a package that included a minority stake in Vedomosti, the most influential business newspaper in Russia. Sanoma’s decision to sell was a reaction to a law adopted by Russian government in September last year that limits foreign ownership in the media to 20%.

“Knowing [Mr] Kudryavtsev, I don’t think this is a move of the government. It looks more like the move of some people who don’t like the government and have some money to spare,” said a Russian journalist, now based in London, who has followed Russian media for many years. Others say that Mr Kudryavtsev succumbed to pressure and that the deal was sanctioned by the Kremlin. Mr Kudryavtsev spurned these scenarios saying that his own money is behind the deal.

But whoever (if anybody else than Mr Kudryavtsev) is behind the move, the question is what the future of The Moscow Times is. It is known for regularly publishing work of prominent Russian journalists and often pieces from Moscow-based foreign correspondents. In the aftermath of the crisis in Ukraine, it was criticized by some journalists in Russia for being biased against Mr Putin. But overall, among independent journalists, the newspaper is known as a quality journalism outlet. The newspaper claims to sell some 35,000 copies and its website to garner roughly one million monthly internet hits.

Mr Kudryavtsev indicated that the newspaper will be downsized significantly. Its print edition has already been converted from daily to weekly, which makes sense economically as printing costs a fortune and many of its readers are online already.

It seems clear that the newspaper still wants to stick to intelligentsia and liberal circles. “Ordinary Russians, of course, don’t know [Mr Fishman],” a veteran journalist based in Russia said. But he is known among those circles that the newspaper is targeting.

All in all, it seems The Moscow Times will go through an economic restructuring aimed at making it more economically resilient. It is likely to remain independent to some extent. How critical of the government will be is another story – probably not much, if the current power of the Kremlin to pressurize media is anything to go by. But to date, there is nothing Mr Fishman or Mr Kudryavtsev can do about it.