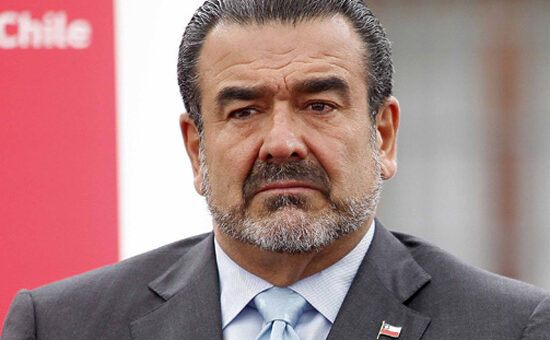 A handful of groups control media in Chile and Colombia. Their businesses extend much further into a spate of industries ranging from banking to retail to food manufacturing. A Chilean NGO sheds light on influence and power in two major Latin American markets.

Despite the emergence of a new wave of journalistic initiatives, ownership of media industry in Chile and Colombia is highly concentrated and often lacks transparency, according to Media Map, a new report from Poderopedia slated to be launched in mid-December 2015. Poderopedia is a Chile-registered NGO set up in 2012 that specializes in exposing structures of power and influence in Latin American countries.

In Colombia, most information production is in the hands of large conglomerates controlled by a few businessmen such as Luis Carlos Sarmiento, Alejandro Santo Domingo, Carlos Ardila Lulle, Alejandro Galvis and Char family. Their groups also own transport infrastructure, food and beverage manufacturers, banks, utilities and real estate, according to Poderopedia’s investigation, which is the most up-to-date database on media ownership in Chile and Colombia.

Moreover, the degree of transparency in the media is dismally low.

Of the 509 media outlets that Poderopedia canvassed in Chile, the highest number, 216, are digital media, followed by print media with 133 outlets, 115 radio stations and 45 television channels. In Chile, the duopoly of companies Copesa and El Mercurio controls more than 90 percent of the newspaper readership and also dominate in the digital media and radio industry. The two companies have investments, own shares in, or have a presence through its representatives in a bevy of other industries including banking, insurance, retail, property, food and agricultural industry and printing plants. Another major player in the Chilean radio market is the Spanish-owned Prisa with 11 stations. Mexico’s behemoth Televisa controls Chile’s magazine market with 17 titles.

You Want to Be in Business? Buy a Lapdog

In the first stage of their research, Poderopedia examined similar initiatives out there aimed at mapping media ownership in Chile and Colombia. Most of the data collected in such projects is outdated, said journalist Miguel Paz, Poderopedia’s founder. The research was carried out between December 2014 and August 2015 by a team of investigative journalists on Poderopedia’s payroll and by the Colombian organization Consejo de Redaccion. Universities Alberto Hurtado in Chile and Javeriana in Colombia also supported the project.

The result is Media Map, a freely accessible public database of media players consisting of information such as type of media, ownership, audience and ownership links with other industries. Information was collected from public databases, regulatory agencies, trade associations, press and academic publications, company websites, interviews with media and academics, experts, journalists and IT specialists.

Another of this study’s more concerning findings is the influence of owners on editorial coverage. When you do content analysis (which in non-expert language means to study articles or television reports to identify biases in media coverage), you don’t see which stories are directly or indirectly related to the media’s owners, Mr Paz said. But when the Poderopedia’s researchers compared content in the media with the ownership data the organization collected, “it all make sense and you can do very interesting correlations and stories,” Mr Paz said.

Channel 13, for example, is owned by Andronico Luksic who is one of the richest people in Chile. He has also stakes in banks and mining companies. In the past, Mr Luksic was at the heart of a major scandal related to his involvement in the release of a US$ 10m loan to the son of the president Michelle Bachelet by the Bank of Chile, which is owned by Mr Luksic. There was not so much coverage about that story on Channel 13, which at the time didn’t raise many eyebrows, but now, connecting the dots, all is explained more or less. Another example is the Copesa group in Chile, which is controlled by Alvaro Saieh. His investments in the supermarket industry were very rarely reported on in the newspapers that he controlled.

Transparency: But Only for Some?

A major issue for the media business is the poor transparency regarding its ownership structures and links with other businesses.

“[Transparency] is not only related with the government, it is also important in the private sector,” Mr Paz said. “One of the sectors that is usually less transparent is the media; they are always demanding transparency from everybody, but they are not transparent about who their owners are, what their interests are and what other properties or businesses they have.”

Media Map in Chile and Colombia is a pilot in Poderopedia’s larger project mapping media ownership in Latin America. The last two databases in the project are from Venezuela and Bolivia. The last one is going to be released at the beginning of 2016. The research template Poderopedia created is up for grabs to be used by other researchers elsewhere. The database is also open to users who want to add information. Last August, Poderopedia taught an audience at a hacklab in Argentina how to build a Media Map demo for their country in just a few hours. Poderopedia is in talks with groups in Argentina, Paraguay, Peru and Mexico to replicate the mapping there.

Poderopedia has been funded mainly by private donor organizations like Open Society Foundations, Start-up Chile and Knight Foundation that do not have shares in media companies in Latin America. It has chapters in Colombia, Chile and Venezuela.

Miguel Paz invites those interested in creating a Media Map or develop other similar projects to write to Poderopedia.