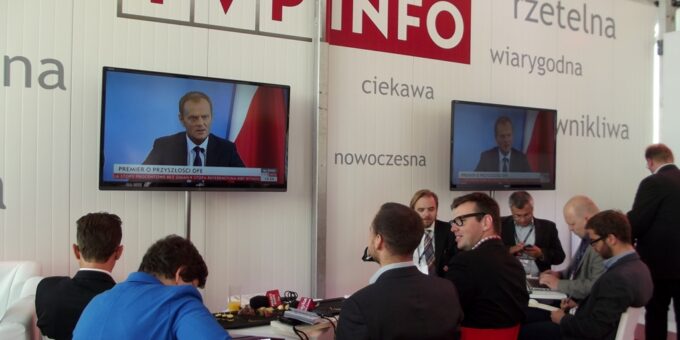 TVP is to be headed by a politician.

Poland’s President, Andrzej Duda signed a controversial law today that enables the conservative Law and Justice (PiS) party to appoint the directors of the country’s public TV and radio. Thanks to the new legal provisions, the treasury minister now has the full power to hire and fire the heads of the Polish public service broadcasters, which have a healthy audience share. Before the law was passed, only a media supervisory committee could do that.

This move undermines the principal of arm’s length management of public media by government, which is one of the essential pillars of an independent public media system. Placing public media under the direct control of political appointees makes them more akin to state broadcasters, which can be expected to focus more on promoting their own agenda rather than acting on behalf of the public interest.

Mr Duda approved the law because, he said, he wanted the media to be “impartial, objective and reliable”, a rather dunderheaded argument as the new legal provisions, in fact, allow government to place their own applauders at the helm of these broadcasters, no questions asked.

Some of the PiS’ representatives complained that the public service channels were biased against the party. PiS won a clear majority in elections last October. So, appoint your own people as heads of the public media and you have solved the problem.

Media expert Andrzej Krajewski said on 7 January 2016 after Mr Duda signed the law: “It means that after 24 hours, tomorrow, all managers of public television and radio will be fired and the new people, designated by the minister of treasury, will replace them. It has never happened in then history of the Polish public media from 1992 on.”

Mr Kurski is a 50-year old politician. He was elected in 2005 in the lower house of the Polish parliament as a candidate of PiS. Ms Stanislawczyk is a Polish journalist and writer. She worked for the monthly Sukces between 2006 and 2010.