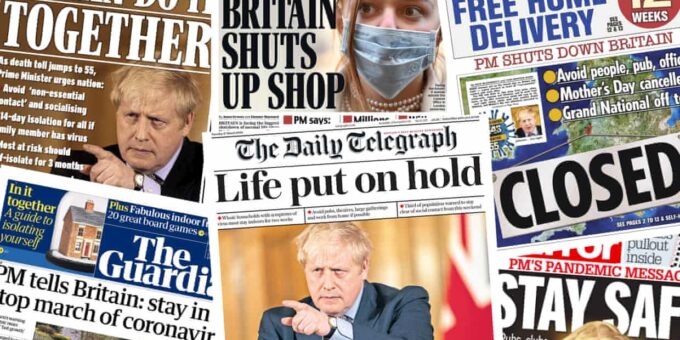 We have more media, but only a few very powerful companies controlling them. Can anything be done against this hegemony? Professor Des Freedman offers a recipe: “Be the media, know the media, change the media.” He also calls on academics to come out of their ivory towers and join in the policy battles.

“We’re facing a crisis at the heart of our media system – in other words with the dominant players across the media landscape – on many different levels: of funding, of ethics, of representation and of legitimacy,” Mr Freedman of Goldsmiths in London said at his inaugural lecture last Tuesday.

The crisis is “the increasingly unequal distribution of resources in our media landscape.” Attention, audiences and agendas are dominated by a relatively small number of very powerful companies that all have close associations with the highest echelons in the political system, according to Mr Freedman.

Anatomy of a Crisis

One element of this crisis is the low level of trust in the media. A recent Edelman Trust Report found that less than a third of the UK population trust the media. Interestingly, the highest income earners trust the media much more than the poorest, a ratio of 54% to 26%. Moreover, only 22% of people in the UK trust journalists to tell the truth. They would rather go and ask the doctor: 90% of them trust doctors to tell the truth.

One reason why people don’t trust media and journalists is because “we feel they are far too intertwined with the power they are supposed to be reporting on,” according to Mr Freedman. “There are far more opportunities for Rupert Murdoch [owner of News Corp media conglomerate] to pop into Number Ten (as he did 10 times in the last year) or to pop next door to speak to the chancellor George Osborne just before the BBC license fee deal (as he did twice).” Mr Murdoch said the prime minister’s staff instructed him to come through the back door to avoid the photographers’ flashes.

A second ingredient of the crisis, in Mr Freedman’s view, is the new shape of the European communications environment based more on a market logic and less on public institutions and public accountability. “There are increased levels of concentrated ownership across Europe while at the same time there are, in many countries, very few obligations on companies to provide details on ownership structures and influences,” he said. The five largest private television conglomerates pull in revenues that match the combined budgets of all the 57 other public service media companies in the European Broadcasting Union (EBU), Europe’s public media club.

In the UK, lobbyists of private media companies push for privatization of Channel 4. There is evidence that the move would diminish the channel’s capacity to produce original UK programs. At the same time, media behemoths push for slashing the BBC’s size in spite of the fact that the public broadcaster is significantly smaller than, say, the private broadcast group Sky. In another move aimed at hobbling the BBC, the broadcaster’s third channel has recently been transformed into an online-only channel.

Finally, the third component of the media crisis is what Mr Freedman calls the “evisceration” of the meaning of key policy objectives by neoliberal actors. In other words, they use the same concepts to define a free media environment, but define them differently. For example, pluralism is not understood anymore in Europe, as it was before, as being a sufficient number of media outlets that support a range of diverse voices, provide citizens with a full range of information and break up excessive concentrations of power. It is overwhelmingly tilted now in terms of consumer choice, “making the menu a little longer but not really looking at what is on the menu itself.”

The question then is how to tackle these problems.

Join in the Fray

First, if the public can’t rely on existing powerful media, “then we need to do something different: to make our own media, to tell our own stories and to highlight our own voices.”

The second response is to better understand how established media structures function. But that is not sufficient. “Even the most sophisticated understanding of the cultural, political, economic or philosophical dynamics of media institutions and practices doesn’t provide any kind of guaranteed challenge to the existing order of things unless it is complemented by and feeds into a wider political strategy of active opposition.”

Thus, the third thing to add to creativity and knowledge is activism. With colleagues from Goldsmiths in London, Mr Freedman helped found the Media Reform Coalition following the phone hacking crisis in the UK back in 2011. Since then, the coalition has been campaigning against abuses of media power and for changes to media ownership rules to ensure more rigorous checks on the power of the largest media groups. The coalition has been active in meeting with MPs as well as mobilizing with groups outside Parliament.

“We can do more than simply coming up with perfect models of media metrics that demonstrate our knowledge of media enterprises,” Mr Freedman said. “We can be more productive than simply producing polished submissions to formal consultations where the agenda is set and the decisions taken by others. We can do better than develop normative positions around pluralism and free speech that seem to have little purchase in the outside world nor which challenge the existing distribution of media power.”

Media academics have a particular responsibility in changing the media by actively joining the policy debates. Time to leave the ivory towers.