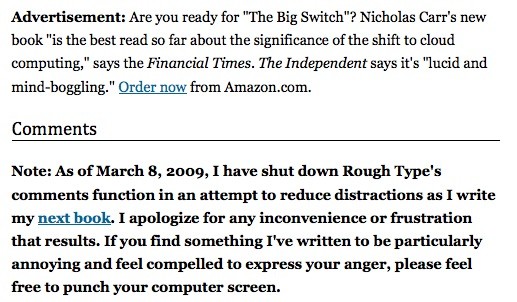 In summer 2015, a much-criticized decision by Europe’s human rights court left online portals anxious about what comments they allowed on their sites. Now, the same court has reversed that decision in a lawsuit lodged by two Hungarian websites. That means less stress for online media.

The legal implications of online comments had been somewhat unclear in Hungary until the landmark decision on 2 February 2016 by the European Court of Human Rights (ECHR), which acknowledged in the case MTE-Index vs Hungary that publishers cannot be held liable for comments posted on their sites if they have a notice-and-take-down system operating effectively.
In other words, European site publishers can now be more relaxed because they can’t be held accountable for readers’ comments.

In countries like Hungary–where authorities want to gag independent journalism online and offline through any tool, legal or illegal–the European court’s decision is a massive relief for independent portals. It essentially eliminates a venue for the government, and other powerful groups, to clamp down on or intimidate critical media.

Since the Delfi vs Estonia case, this is the first decision in Strasbourg on legal liability of internet publishers. The Delfi case made the online news industry wary, particularly in countries with a track record of government pressures on independent reporting.

Delfi is one of the most popular online news portals in Estonia, with an editorial output of some 300 news articles a day. Back in January 2006, it published an article about the controversial decision of a ferry company, SLK, to change its routes. Nearly 200 comments were made below the article. Of those, some 20 comments contained offensive language and threats towards SLK’s majority shareholder. In March 2006, this shareholder’s lawyers requested Delfi to remove the offensive comments. They asked for some €32,000 (US$36,000) in damages. Delfi removed the comments, but refused to pay for the claimed damages.

SLK’s shareholder sued Delfi in Estonia. He won the suit, but received only some €320 (US$360) in damages. Still, the decision carried legal weight: Estonian courts found that comments were defamatory and could not be protected under the right of freedom of expression. In a nutshell, Delfi as a publisher was made responsible for comments on its portal.

In June 2015, the ECHR confirmed the decision of the Estonian judges. A precedent was set. The decision was slammed by freedom of expression groups and internet freedom activists because it made publishers of portals accountable for comments coming from third parties. Some said it had a chilling effect on many media companies that were allowing comments on their sites. “At any moment I can be made to pay money for comments made by some nutcase on my site,” the owner of a major online news portal in Romania said in reference to that decision.

But the 2 February 2016 decision of the ECHR reverses that. It is a step forward in protecting freedom of expression.

The legal status of comments on news sites had been unclear in Hungary as courts made different decisions in cases of libel committed in online comments. According to a 2001 law on e-commerce, publishers were made responsible for comments even if the site deleted the given comments within a few minutes. Because of this legal jumble, some media outlets disabled the commenting option.

Back in 2010, the Hungarian Association of Content Providers (MTE), a self-regulatory body of local internet content providers, published a statement on its website lambasting two real estate websites for being unethical. The news portal Index.hu republished the post. Users on both sites posted comments, some of which were rather offensive.

The company owning the real estate online portals sued both MTE and Index.hu. Local courts found that the comments were unlawful and made MTE and Index.hu responsible for them, a decision endorsed in June 2012 by the Hungarian Supreme Court. Thus, MTE and Index.hu took the case to the ECHR 2013.

Unlike in the Delfi case, now the ECHR absolved the sites of responsibility for third-party comments.

This is a turning point for Hungarian (and European) journalism: comments are no longer pretext to drag independent news media to court as long as media are responsible enough to remove gratuitously abusive comments.

Written in collaboration with Marius Dragomir