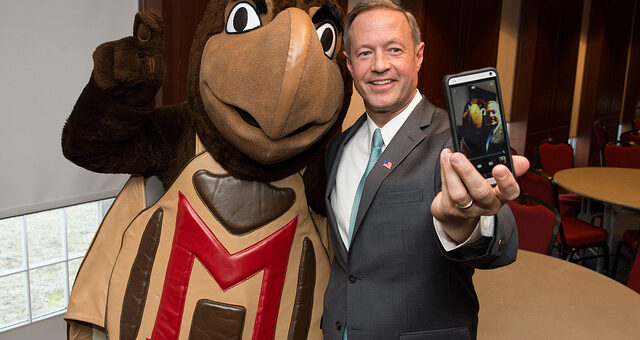 Is it right for Apple to refuse a government’s request to create software to snoop into a terrorist’s phone? Three legal experts say it was the right call. Doing otherwise would have set a dangerous precedent.

A lot of noise has been made about the open letter Tim Cook, Apple’s CEO sent after the US government requested the Cupertino company’s help to decrypt a terrorist’s smartphone.

More than one constitutional issue is at stake.

To sum up: during the investigation following the San Bernardino massacre, investigators are trying to analyze the data of one of the bombers’ smartphones. However, the password has to be known in order to access the phone, and thus there is the risk that after several unsuccessful attempts, the device will automatically destroy all the information contained therein. To avoid that, which would deprive police of a possibly important source of investigative clues about movements and contacts before and following the massacre, a judge ordered Apple to create software that allows access to the data storage of the iPhone at issue. The order, issued by U.S. Magistrate Judge Sheri Pym, was made under the 1789 All Writs Act that basically says that federal courts can issue all writs “necessary or appropriate” in aid of their respective jurisdictions and “agreeable” to the usages and principles of law.

In practice, this means to create a new software the FBI can install to take over iOS9 (the operating system currently loaded on iPhones) and let the FBI in. Moreover, the “requested” software is also supposed to let the FBI enter passwords electronically, with no need to tap them in, thus making the process much easier.

Tim Cook’s letter is a negative response to the FBI’s request. At the present state of the art, there is no possibility of providing a system that “opens” only one device; Apple could only provide a sort of passe-partout for access to all devices on the market. In other words, the request is to create a “back-door” allowing government access to all devices.

But Apple does not want to do so.

The company, which is going in the opposite direction—creating instruments equipped with privacy options that not even the manufacturer would be able to elude—does not intend to create any software allowing a peek at any activity carried out, any communication sent or received, and every move of each owner of an iPhone.

Firstly, this “back-door” would be extremely dangerous if it should come into possession of authoritarian governments or criminals. But the anti-privacy key would be a threat “for the same freedoms which the Government has the task and duty to protect” also where it would be in the hands of the democratic American government, Cook concludes.

Second, it is still unclear to what extent the government can compel a third party (that did no wrongdoing) to do something. So far, Apple cooperated a lot with authorities in the San Bernardino case and in previous cases (starting from 2008, when the first iPhone appeared on the market), but the request to create the new software is unprecedented. American media reported that Apple is objecting that the All Writs Act cannot extend to compel a private company to act as an agent of the government, performing forensic services. Actually, it seems that the All Writs Act has no clear boundaries and courts have yet to solve the issue and define to what extent this tool can be used.

From a broad perspective, the most sensitive issue—that will likely be brought before the Supreme Court— is the century-old judicial battle between security and privacy or, to say it better, between security and individual freedom. The outcome will not only affect the relations between the government and individuals, but also the balance between the powers of the twentieth century’s sovereign, the national state, and the entities that may undermine its predominance, such as the giants of communications.

Something Wrong With Commercial Interests?

Nowadays, technology has the capability to provide governments with instruments allowing unlimited control over “other people’s lives.” Thus, the surveillance of individuals is not a technical matter anymore, but a political and constitutional one.

On one side, there is a government that, with a sort of paternalistic attitude and in the name of the fight against crime, and terrorism in particular, asks all “good citizens” to sacrifice the secrecy of their personal data in the name of a superior value. On the other side, there is an increased awareness that a progressive extension of a generalized control, through “data mining,” ends up limiting the freedom and dignity of citizens.

So, the current clash between the American Justice Department and Apple can be set in the centuries-old conflict between the tendency of investigators to overtake every obstacle to the identification of criminals and the protection of individuals’ freedom.

However, the key players of this conflict are changing: not only the government and the citizens, but the governmental power and another giant, a big multinational corporation, which manages data at a global level. Moreover, it is likely that Apple’s behavior is not only inspired by liberal desires; the protection of iPhones from possible intrusions of government mainly aims to strengthen the brand and consumers’ confidence, to whom Mr Cook appeals.

However, Apple’s opposition to the government request is a right decision. Wanted or not, commercial interests are a bulwark for citizens against the natural intrusiveness of the government.

Two and a half centuries ago, Montesquieu was saying that the more the power is divided, the more individuals’ freedom is safeguarded. It stays true to this day.