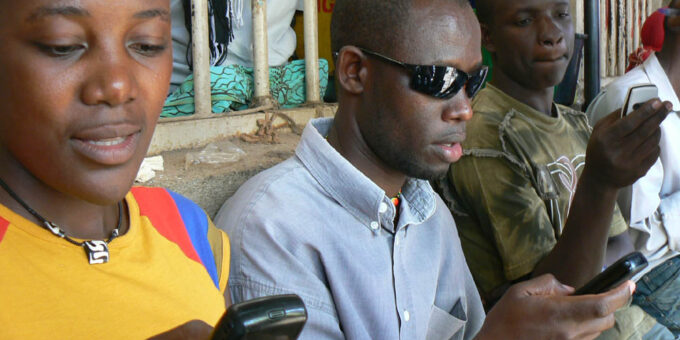 Journalists are now able to reach billions of people all over the world. But for many people in the global south, consuming their products is an extremely costly venture.

There has been no major journalism or media event in recent years without the word “digital” on the agenda. Digital gurus evangelize journalists about how easily they now can reach people anywhere in the world.

But how many people can, in fact, surf the internet ad infinitum is a different story. The most connected people today are in places where journalism is facing the fewest problems (although it still goes through painful changes), and, ironically, they pay the least for their internet connection.

Elsewhere, the internet remains a significant cost for its users and in many countries in the global south it’s a luxury.

From London to Bangui

Europe remained in recent years the place with the most affordable internet price, followed by countries in the former Soviet Union, the Americas, Arab States and Asia-Pacific.

In Europe in 2014, the U.K. was the cheapest destination for fixed-broadband service followed by Switzerland, with 0.47% and 0.49% respectively, of the per capita gross national income (GNI), an indicator used to define the total income for a country.

In Africa, overall, that figure was 180% of the GNI, according to ITU data for 2014, recently released. In countries like Chad or Rwanda, that figure was somewhere at 698% and 830%, respectively, not to mention anomalies like the Democratic Republic of Congo with 1,111% or Central African Republic with nearly 2,200%.

In raw words, it hurts a Central African citizen nearly 4,700 times as much as a Brit to pay for a fixed-line internet connection.

But there is a solution for it: mobile.

Mobile penetration has grown everywhere at an unabated pace for the past decade. There are some 7.1 billion mobile subscriptions worldwide today, somewhere close to 95% of the globe’s souls.

Much of this growth was also spurred by lowering costs for mobile use. By 2014, in developing countries the mobile cellular basket was down on average to 5.6% of the GNI per capita from 11.6% six years earlier. In the poorest countries in the world, it dived from 29% in 2008 to 14%.

Increasingly, mobile broadband seemed to fill the gap in the fixed internet. Between 2013 and 2014, the price of mobile internet service dropped by up to 30% globally. For many in poor nations, this is the most affordable way to go online.

The cheapest country for mobile internet in the world is Finland with 2.91 international dollars (an indicator used to express the real value of a product based on parity with a country’s local currency) per 500 MB, according to data from the ITU.In reality, with some €10 (US$ 12.5) a month Finns would have access to a 21 MB/s 3G connection. In contrast, this service, in the cheapest African mobile internet market, Mozambique, is twice that. In 2015, Finns on average earned over €3,300 (US$ 3,600) a month. In Mozambique, people earned on average at least six times less.

But Mozambique’s low cost comparative to its African peers is in reality the result of fierce competition for customers in a country with one of the lowest mobile penetration rates in the continent. Movitel, a company controlled by the Vietnamese army-owned Viettel, was the third mobile operator to enter the Mozambican market back in 2012, bringing fresh competition to Vodacom and mCel.

Mobile is growing and is probably going to remain the key driver behind internet spread in poverty-stricken markets. But there is a long time until this service will become truly affordable for many of these nations.
This means information will remain a high expenditure in the global south for many years to come, something not often said in all those glitzy gatherings of digital gurus.