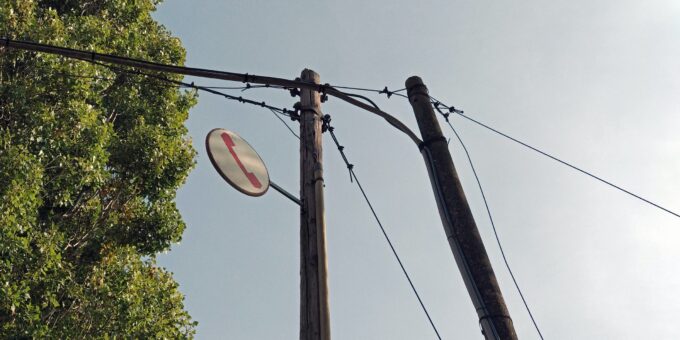 Telecom behemoths drive technology advancement and help to grow the digital economy. But many of them have serious problems with reining in corruption. Asia leads in that category.

Chang Xiaobing, the chairman of the telco China Telecommunications Corp (China Telecom), came under investigation last December under suspicion of serious disciplinary violations, which in the local legal lingo usually means corruption-related crimes. Mr Chang is the highest-ranking official from the country’s telecom industry to date being investigated for corruption.But that was not the first corruption investigation case in the Chinese telecom sector. In November 2014, two top executives from China United Network Communications Group (China Unicom), the second largest telco in China by number of subscribers, came under investigation for a slew of legal violations.

Mr Chang’s investigation is reportedly related to his stint at China Unicom where he spearheaded the company’s efforts to build 3G communications networks. Mr Chang came to the state-controlled China Telecom, the third-biggest telco in the Chinese market, in August last year after 11 years with China Unicom. China Telecom and China Unicom were reportedly in talks to merge in a move to better compete with China Mobile Communications Corp, the country’s largest telecom firm by number of subscribers.

A World of Graft

Graft is not new in the telecom industry. Many telcos worldwide have come under fierce critical scrutiny for receiving political contributions in non-transparent ways or bribing officials and decision-makers to push forward their companies’ commercial interests. In very few cases, anti-corruption policy within the company applies to top executives.

It doesn’t come as a surprise, then, that only 43% of telcos have a mechanism in place to regularly monitor anti-graft programs, according to a report from Transparency International (TI) canvassing the world’s 35 biggest telecommunications companies, including telecom service operators and telecom equipment companies, that are publicly listed. Only half of these companies have anti-corruption training programs in place for their staff. Facilitation payments, which is an elegant way to define bribes, are forbidden by only half of the telcos analyzed by TI.

TI used in its research a set of 13 indicators assessing the level of public disclosure of information related to how telecoms commit to legislation, programs and policies that prevent bribing and put in place mechanisms to disclose political contributions. The overall score achieved by the 35 telcos was 65% out of a maximum of 100% in regard to reporting on anti-corruption programs. This was the highest score telcos achieved in the three big areas that TI researched: anti-corruption reporting, organizational transparency and reporting of financial performance on markets outside their home country.

Asia, We Have a Problem

There are good and bad examples on all continents, but corruption is, it seems, a general problem in the telecom sector. Asian telcos seem to fare particularly badly when it comes to corruption compared to their European peers.

Companies from Asia are the poorest performers in reporting on anti-corruption programs, with a score of 37%, according to TI. China is not alone.

Chinese and Japanese telcos generally disclose only a sprinkling of financial data about the foreign countries where they operate and fail to prove that they are taking anti-corruption measures universally accepted in large international companies.

Take Japan’s SoftBank. The dust has not yet settled on the controversial merger between SoftBank and Sprint Nextel in the U.S. Back in 2013, the American satellite operator Dish Network lodged a complaint with the U.S. Federal Communications Commission (FCC), America’s telecom regulator, in an attempt to block the merger. Dish cited a U.S. justice department plea bargain made by a SoftBank-linked company admitting to have spent some $7m on bribing Chinese officials to win contracts. Dish Network offered at some point US$ 5.5bn more than SoftBank for Sprint Nextel. In July 2013, SoftBank group bought Sprint Nextel in a deal worth roughly US$ 21.6bn.

SoftBank ranked last in the TI’s index with a dismal score of 1.5 out of a maximum 10. In total, seven of the bottom 10 telcos in TI’s ranking hailed from Asia. In contrast, seven of the top 10 companies were European groups, with Deutsche Telekom in the lead with a score of 8.8 followed by Telenor of Norway and Vodafone from Britain.

Though we sent invitations to comment on this report to all three major telcos – China Telecom, China Unicom and SoftBank – none of them responded.

Asian investment in telecom and technology has grown massively in recent years. However, that doesn’t match at all the price they put on fair play.