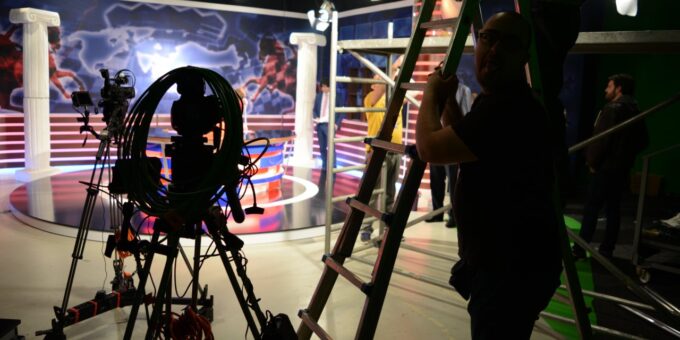 Shortly after grabbing the country’s political helm, Croatia’s government has begun brashly purging institutions of whomever is not their friend. The public broadcaster HRT is one of their more prominent victims.

Although it is financed through fees charged on taxpayers, HRT is not close to its public, but serves mainly as a weapon in political power games.

If You Win Elections, You Get the Booty: The Public Television

The new government, led by centre-right Croatian Democratic Union (Hrvatska Demokratska Zajednica, HDZ), which won the parliamentary elections last November, dismissed HRT’s head Goran Radman and most of the station’s editors during the past month.

This was one of the government’s first steps in revising the country’s media policy.

Public broadcasting, unless its independence is vigorously upheld, becomes a tool in the hands of the government, and that is what is happening in Croatia.

And this is not all. The purge of people not close to the government is spreading in most key public institutions.

Just this month, Dunja Mijatovic, the Representative on Freedom of the Media at the Organisation for Security and Cooperation in Europe (OSCE), an intergovernmental body, expressed concerns about the Croat government proposing to Parliament to reject a regular report of the Agency for Electronic Media, the country’s broadcast regulator, which would lead, according to legislation, to the automatic termination of the Agency’s mandate and dismissal of its director.

Ms Mijatovic slammed the decision calling it “political pressure on the agency and its independent decision-making authority.”

Ms Mijatovic called on Croatia’s authorities to take “immediate action” to preserve independence of the public broadcaster and broadcast regulator. Her call didn’t seem to impress the HDZ government.

The government’s decisions have also peeved the Croatian journalists’ guild. A professional group, the Croatian Journalists’ Association (Hrvatsko Novinarsko Drustvo, HND) warned that the political control of the media is unacceptable and disastrous for a democratic society.

Some of the changes in HRT’s programs are counterproductive and highly damaging for the station. For example, Dean Sosa, initiator and former editor of HRT3 channel, which produces highly acclaimed content, was sacked in spite of a slew of letters of support and appeals from spectators as well as personalities such as film directors and critics.

“Montirani Proces”, a satirical TV show critical of politicians, both from the governing coalition and the opposition, was also suddenly cancelled. HRT’s program management explanation was befuddling: any public service broadcaster in the world would consider such content unsuitable and offensive, they said.

It is dismaying to see how the station’s leadership, deliberately or not, fails to recognize that satirical shows that are critical of authorities and mock stereotypes and prejudices, are actually broadcast mostly on public televisions in democratic, open-society countries.

The government’s purge of HRT is only a small part of a bigger offensive against the media. It is aimed specifically at key public institutions that were built to ensure that there is a space for diverse and professional media.

An even higher bird’s eye look shows that the attacks of the newly installed Croatian government are part of a much broader cultural revolution that the country’s power is waging. Its victims and targets include non-profit media, public broadcaster and broadcast regulators, the cultural industry, minority groups and satirists.

More or less all of those who can be a nuisance to the country’s political power.