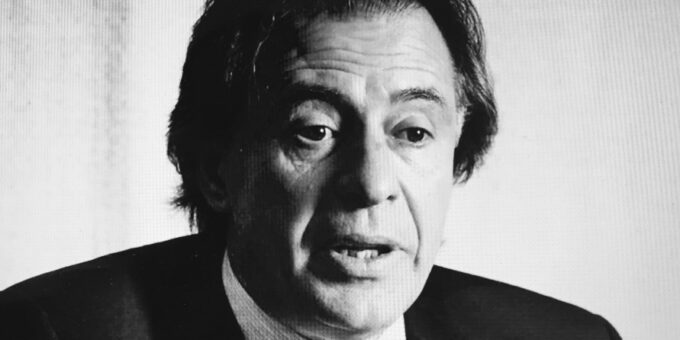 A journalistic investigation unearths a raft of favors the former Argentinian government made to the group Indalo. But it also highlights an unsettling pattern of tradeoffs and favors between mighty media moguls and state institutions.

In their past four years in power, the Kirchner regime in Argentina allowed the businessman Cristobal Lopez to get away with accruing some US$550m (something close to ARS 8bn in local currency) in debts. The money was owed to the Federal Public Revenue Administration (AFIP), Argentina’s fiscal administrator. That debt is unlikely to be paid in the near future, according to an investigation from the Argentinian newspaper La Nacion, which analyzed a bevy of balance sheets from Indalo, the group controlled by Mr Lopez and his business partner Fabian De Sousa.

The debt consists of taxes on gasoline that Oil Combustibles, one of Indalo’s companies, failed to pay to the state. For each ARS 14 per liter of gasoline sold, Oil Combustibles was supposed to transfer some ARS 4 to AFIP.
It didn’t do so.

The retained funding was used instead, according to La Nacion, for expanding the Indalo group, a conglomerate of companies operating in various industries. Much of the retained amount, approximately ARS 3.3bn, was pumped into Inversora M&S, which then immediately went on a shopping spree, splurging it on a slew of assets, including the bank Finansur and the media operator South Media Investments.

The findings of the investigations are a telltale sign of the close links between the Kirchner government in Argentina and some of the country’s mighty businesses, including media. The Kirchner clan had been in power for 12 years. Late Nestor Kirchner was followed by his wife Cristina Fernandez de Kirchner who took up the presidential mantle in 2007.

“The accusations […] show again that the economic relations of the Argentinian state with the media groups are far from being transparent,” said Buenos Aires-based Martin Becerra, a leading researcher on media ownership in Latin America.

Indalo owns a sheaf of media operations in Argentina, including TV and radio stations, print media titles, and a media production company.

Mr Lopez and Mr De Sousa refused to answer specific questions from La Nacion. Mr De Sousa publicly said that the accrued debt “is not so big” and that Indalo has sufficient cash to cover it. He admitted though that the group couldn’t pay during 2013-2015 because of difficult economic conditions.

During these past four years, AFIP was far from being equally accommodating to other oil companies in Argentina, which were suffering similar economic pains. None of other major oil companies present in Argentina – YPF, Shell, Petrobras or Axion – owes a penny to the tax regulator today. Oil Combustibles has also acquired some of the operations of Brazil’s rival Petrobras in the last few years, which is enmeshed in a bitter corruption scandal back home.

But AFIP was only one of the many state institutions that behaved gingerly with Indalo. Ministries and bank authorities have also done various favors for the group.

Much of that comes from the intricate ties between the Indalo, its owners and the president’s political and family-related circles.

La Nacion’s investigation sheds light on a series of deals and services between Indalo and president Cristina Fernandez de Kirchner. The niece of Ms Kirchner, Romina Mercado, for example, has worked since February 2012 for Inversora M&S.

All of these deals took place at a time when Mr Lopez was retaining funds that he should have paid to the tax office.

Recouping the debt owed by the Indalo group is an open question. Tax experts say that state authorities should go after Indalo right away and demand divesting part of its operations to pay back the debt. But, they say, that depends on the future valuation of the group following the morass the group is falling into.

One possible end to this saga is to dump the debts on taxpayers, many of whom are avid consumers of Indalo’s TV and press.