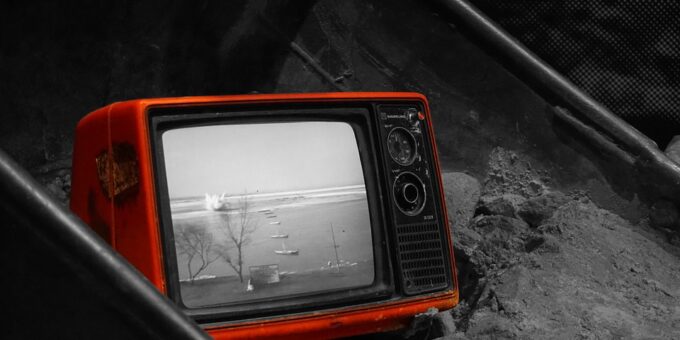 Digitization of broadcasting was hoped by many in Macedonia to pave the way for new voices to enter the media market. Instead, a digital dictatorship was established.

The 35 residents of the village Novo Selo, in Demir Hisar municipality in southwestern Macedonia, do not have much choice on their TV sets. They learn about what is happening beyond their homesteads solely from the three channels aired by the country’s public broadcasting service, MRTV, including one parliamentary channel showing essentially what lawmakers discuss in Skopje, the country’s capital city.

People invested in new devices in anticipation of what was supposed to be a digital revolution. As of 1 June 2013, households with older models of TV sets in Macedonia had, in fact, to buy new devices to be able to capture TV signals as, according to the state plan for digital migration, transmission in analog signal was discontinued. In short, without a new device set owners would not have been able to watch TV anymore.

In Macedonia, a country in which most mainstream media are strictly controlled  by the government, many people dreamed about what digital TV would bring them: not only new ways to search for programs, sparkling TV images and even the opportunity to shop online, but what swathes of viewers are missing most: more voices on television and better journalistic content.

But the people in Novo Selo are still denied even minimal benefits of digitization. And they are not alone.

The reason is that the digital broadcast strategy implemented by the government was a total cock-up. “Digitization was […] delayed and then rushed to the last day prior to the deadline,” said Snezana Trpevska, a professor at the School of Journalism and Public Relations in Skopje.

One, the Only One

But the arrival of digital TV didn’t hobble only viewers. TV stations themselves have suffered in the process. The Agency for Electronic Communications (AEC), Macedonia’s telecom regulator, selected through a public tender the company One-Telecommunication Services Skopje to handle the transmission of digital TV as of June 2013. Existing TV stations were required to ask the Agency for Audio and Audio-Visual Media Services, another regulator which is in charge of broadcast content, to give them licenses to operate before signing contracts with One to secure slots on One’s digital platform.

What they then discovered was that One’s service comes at a price.
The regional TV Koha in Tetovo has to pay One some MKD 1.5m (US$18,000) annually for services and permits, which is prohibitive for a broadcaster airing to economically underdeveloped areas, according to Mevaip Abdiu, TV Koha’s owner.

But One is the sole private digital distributor in Macedonia and can afford to charge whatever they want in what experts describe as a classic monopoly situation created by the state. This is the biggest problem in the new digital market, said Violeta Kozinkova, editor-in-chief at TV Iris from Stip, which had to spend some €55,000 (US$61,000) on digital transmission-related costs in the first two years. In addition to regional televisions, One also hosts stations with nationwide coverage such as TV Sitel, TV Kanal 5, TV Alfa and TV Telma.

There is one more digital operator, Macedonian Broadcasting (MB), but that company has a special regime and doesn’t compete in the market. It was created by the government exclusively to host the public broadcaster’s three digital channels. Experts argue that MB, which draws much of its funding from license fees paid by households, has sufficient capacity to transmit more than three channels. Moreover, if MB were opened to more channels, One would be pressured to reduce its fees. But there is no sign that MB would do that. The public broadcaster MRTV is known for being a supporter of the government.

High costs in the end forced many broadcasters to move their programming onto cable systems rather than MB’s digital broadcast system. However, they reach eyeballs mostly in urban areas.

When Politicians Meddle in Business and Technology

In September 2015, One merged with Vip to become One.Vip. One’s previous owner, Cosmote of Greece sold its franchise in Macedonia after it was taken over by Deutsche Telecom, also owner of the country’s flagship telco Macedonian Telecom. One.Vip is now co-owned by Telecom Slovenia, seated in Ljubljana, and Mobilkom Mazedonien Beteiligungsverwaltung, seated in Vienna.

One.Vip’s representatives said that they were aware of the financial difficulties faced by TV companies and offered in previous years discounts of more than a third. They also say that they cover 94% of the Macedonian territory and not too many Macedonians are left out. One.Vip has to comply with a series of regulations, including the level of fee imposed on stations.

Nevertheless, Sefer Tahiri, a communications experts and university professor, says that many citizens are forced to switch to cable if they want some TV diet in their homes as One’s coverage is not as broad as they claim.
But at the end of the day, what turned digital television into a flub was the overwhelming politicization of the entire process.

Many politicians are owners of media outlets at all levels; but regulators, themselves appointed by political parties, fail to take action. Legislation forbids any holders of public office and members of their families from owning broadcasters. Some experts say that One, for example, is protected by the telecom regulator instead of being held accountable for its monopolistic practices.Ironically, some of the few TV stations that preserved their independence, clobbered by high costs during their transition to digital, are very likely to eventually resign to political influence, according to TV Iris’ Kozinkova.

The solution would be a reform of the country’s media regulation to empower broadcast watchdogs to monitor compliance of TV stations with their license conditions and to ensure that the licensing process is fair. Ms Kozinkova of TV Iris argues that legal changes to ensure better access to citizens in rural areas are needed as well. Finally, fresh regulations are needed to dismantle the One.Vip’s monopoly by allowing regional broadcast companies to run their own distribution platforms.

Looking at how the switch to digital TV was implemented in Macedonia, all these solutions sound rather like a dream, as illusory as the one about the digital revolution the 35 residents of Novo Selo had.