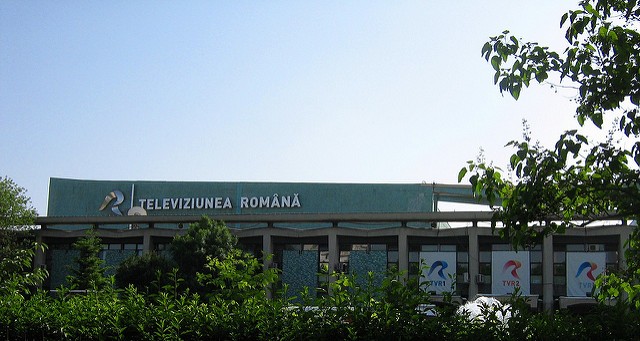 The Romanian public service broadcaster has undergone scores of crises in the past two and a half decades. But now, talk about its insolvency is starting to get serious. The decision-makers’ obsession with the politics involved rather than the reality is likely to provide the last nail in Romanian public media’s coffin.

Managed by an interim board of directors and with debts of almost €160m (US$216.5m) at the end of 2014, the Romanian public television Televiziunea Romana (TVR) is closer to collapse than ever.

Last month, TVR was unable to pay the salaries of TVR’s roughly 2,500 employees on time, and the station’s interim President-Director General, Irina Radu, warned in a letter sent to the Parliament that the situation would only worsen in the near future.

In spite of imminent financial fixes planned at the station, the main problems related to the Romanian public broadcaster’s mission and place in the market stem from obsolete law. Moreover, they are hard to solve in the current political climate.

In the past, TVR’s flagship channel TVR1 was the third most watched TV channel on the Romanian television market. In 2015, it attracted a mere 143,000 viewers per minute or a 3.4% audience share nationwide, which pushed the channel down to sixth place, according to Kantar Media, which runs audience measurement in Romania. TVR1’s ratings are four times lower than those achieved by Pro TV, the channel with the highest viewership in Romania. TVR1 has hardly had any successful shows during recent years. It achieves notable ratings only on soccer broadcasts or the Eurovision song contest, Europe’s most longevous yearly song contest.

The history of TVR’s plunge harks back to 1989 when the communist dictatorship was toppled in Romania. Two decades ago, when the first private TV station – Pro TV – was launched in Romania, TVR lost its monopolist position, which it had inherited from the communist era.
TVR’s entire lifetime post-1989 has been marked by countless accusations of bias and political subordination, many stemming from its former role as the main propaganda tool of communist Romania, the most oppressive dictatorship in eastern Europe. Local NGOs such as the Center for Independent Journalism (CJI) and ActiveWatch have relentlessly documented TVR’s slanted news coverage throughout the years.

But TVR’s big problem is the SRTV law (known as Law 41) that was adopted back in 1994, which allows for the station’s politicization. According to this law, TVR’s main governing body, the board of directors, has to be validated by Parliament. It consists of eight representatives of the main political parties in parliament, two representatives of TVR’s employees and one representative for each the country’s Presidency, Government and national minorities parliamentary group.

This governing structure essentially couples TVR’s editorial strategy to the majority party or political coalition in power. Furthermore, the political control of public television is bolstered by a legal provision allowing Parliament to sack TVR’s President-Director General (PDG) if the station’s annual report is not approved by lawmakers.

The law no. 41 has been repeatedly slammed by civil society and various political parties during the past 12 years for all these reasons (and other). The National Liberal Party (PNL), the Democrat Liberal Party (PDL), Romania’s main right-wing political parties, and the Democratic Union of Hungarians in Romania (UDMR), an influential political shop of the Hungarian ethnic minority in the country, have in the past initiated a bevy of proposals to amend this law, but once in power, they abandoned these plans as it was their turn to control the public broadcaster, a situation convenient for any governing party.

TVR mainly draws its funds from the license fee paid by all TV-owning households in Romania. That fee is roughly €11 (US$12.3 at today’s prices) a year, the lowest in the EU. However, TVR’s budget, drawn from license fees and other sources including advertising, is rather considerable compared to what private broadcasters spend. In 2014, according to data from the local finance ministry, Pro TV earned some €112.5m (US$152.2m). Antena Group-Antena 3 group, another prominent broadcast group, pulled in revenues of €72.8m (US$98.5m) the same year. The advertising expenditure on TV in 2014 totaled only €198m (US$268m). Private TV groups pull in revenues from advertising as well as fees from cable operators that transmit their programs.

TVR operates three TV channels with nationwide coverage, five regional stations and TVR International, a channel targeting the Romanians in diaspora. TVR1 and TVR2 have a combined audience share of roughly 5%. The ratings of TVR’s other channels are not known, but they are believed to be negligible. By comparison, Pro TV operates seven channels with a total audience share of up to 24% together. TVR employed some 2,450 people in 2014 whereas Pro TV had a staff of 727.

Moreover, TVR’s 2,450 staff is a slimmed human resource structure following a trim of its personnel in 2012-2013 when 627 people were let go. The station’s restructuring, prompted by the difficult financial context, was implemented according to a plan approved by the Government following fastidious negotiations with TVR’s unions, which are protected by a collective labor agreement. The plan also included drastic cuts in spending on programs. Following the reorganization, TVR’s head Claudiu Saftoiu and his board of directors were dismissed by Parliament with no convincing explanations. In the fall of 2015, TVR’s books looked even worse, which prompted Parliament to depose Mr Saftoiu’s successors at TVR’s helm.

TVR spends a frugal 5% or so of its budget on program production while 50% of its funding goes into the employees’ salaries, according to Ms Radu who has led TVR since September 2015. Much of TVR’s budget is encumbered by a spate of expenses from the past. Out of the €160m in debt, some €99m (US$110.3m) is represented by unpaid taxes. Of that €99m, some €45m (US$50.1m) is the interest TVR has to pay for delayed tax payment. Up to €13m were paid to employees dismissed in 2013 upon court orders in lawsuits launched by dissatisfied employees.

No Solution in View

As TVR is close to collapsing, the public debate on its future has been galvanized by two ideas: sending TVR into insolvency or reuniting it with the public radio Radio Romania. The two broadcasters were split apart by the same law no. 41 in 1994.

The latter is a controversial and bizarre solution for TVR as it relies only on the public radio’s relative prosperity and good management. How the public radio would solve TVR’s pains is hard to say.

The other proposal, the insolvency, would temporarily relieve TVR of its historic debt, allowing the station to invest in programming and cover other operational expenses. However, Romanian legislation bans publicly owned entities from becoming insolvent. If decision-makers opt for that solution, the law has to amended. A bill on TVR’s insolvency was submitted for consideration to parliament today. The insolvency idea seems to have gained some traction, but it needs a fully working board of directors. Parliament is to convene and discuss the composition of the new board of directors tomorrow.

TVR’s insolvency would be only a palliative solution, not a guarantee that TVR would reach financial stability or stop the decline in its ratings and reputation.

But now, those in the position to decide use TVR’s financial predicament as an argument in their political bickering. None of them is actually serious about the public broadcaster’s future.

It all looks like yet another game of political football. But this time, the end could really be the demise of the public broadcaster. With or without a law.