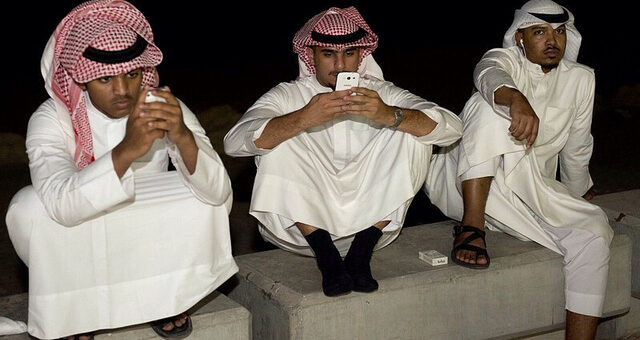 As online video consumption skyrockets in the Middle East and North Africa (MENA) region, power holders are desperately looking for smart blocking tools. But the audiences they fight against are hard to stop unless internet giants agree to play the censorship game.

Tzipi Hotovely, Israel’s deputy foreign minister, made headlines last December when she traveled to Silicon Valley to meet with executives from Google to negotiate ways to block videos posted by Palestinians on YouTube, the video sharing platform owned by Google. The visit followed complaints by the Israeli government that some of these videos incite Palestinians to carry out attacks on Israelis.

Ms Hotovely claimed that she was victorious. After the meeting, she said that Google joined Israel in the fight “against incitement”, something that Google denied. But whatever the real agreement was, the Israel-Google meeting speaks volumes about the growing interest and anxiety politicians and governments in the Middle East and North Africa (MENA) region have been showing when it comes to online videos.

The reason? A massive increase in online video consumption in the region, particularly on YouTube.

Social media was the key engine behind the democratic uprisings during the Arab Spring in 2011. Five years later, it continues to command massive audiences and exuberant engagement of all sorts.

Facebook is the most used social network in the region, with 80 million users in total, according to data collected by Damian Radcliffe, a professor in journalism at University of Oregon, formerly head of a technology research hub at the information ministry in Qatar. The biggest adopter of Facebook is Egypt with 27 million users. In Lebanon, Qatar, Saudi Arabia and the United Arab Emirates (UAE), the most used social media platform is WhatsApp, according to Northwestern University in Qatar.

But it seems that people in the region are most attracted by visuals-rich platforms. For example, some 25 million of the 400 million users of the photo sharing platform Instagram (owned by Facebook) hail from the MENA region.

But what is really distinctive about the MENA region is its appetite for video consumption online. The region is the fastest growing consumer of videos on Facebook. Mr Radcliffe found, using data from Facebook, that consumption per head of Facebook-embedded videos is double the global average. Last year, Facebook received four billion video views a day. Google data shows that the time spent watching videos on YouTube grew in 2015 by over 80% year on year.

The immense popularity of online video consumption prompted YouTube to add in seven countries from the MENA region to its Trends Dashboard in April 2016. Trends Dashboard is an online tool launched by YouTube in 2010 that allows users to create three comparison lists of widely watched videos based on location, age and gender.

In Jordan, for example, a country included in the newly added cohort of countries, the locally based company Kharabeesh Cartoons was featured prominently on the dashboard thanks to its popular videos. Kharabeesh is known for its stylish political cartoons.

But popularity comes with a price. In particular, journalists and activists in the region are likely to increasingly see governments step up their efforts to censor videos that harm them. Ms Hotovely, for example, tried to convince Google and YouTube that the videos from Palestinians that they wanted to block are “inflammatory” and could thus lead to more violence in the region. Arab activists fought back saying that this is part of the Israeli government’s strategy to hide evidence of their aggression in the region.

Mr Radcliffe says that the popularity of social media creates nervousness among many of the political regimes in the region. Turkey repeatedly shuts down social networks. Several countries in the Gulf region sent users of social media to jail following their posts on these networks. And this wave of clampdowns is not only affecting social media. The Israeli army shut down a West Bank radio station. In Israel, the government closed down a newspaper serving the country’s Palestinian minority.

However, while media outlets are in a more vulnerable position, social networks are more difficult to control especially in a region with a swelling youth population.

Roughly 30% of the MENA region population is aged between 15 and 29, which in reality means some 100 million youths. That is the highest proportion of youths to mature adults in the history of this region.

Whatever governments try to do to switch off internet videos, it will be a Herculean task. Unless Google or YouTube budge on requests like the one from Ms Hotovely.