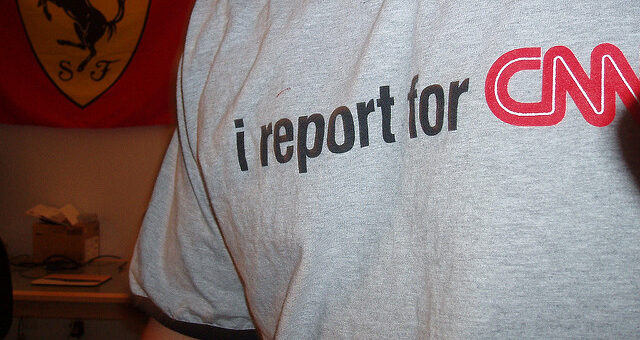 Myanmar is set to have its first modern all-news television channel. Its designers are CNN and a local crony.

Back in 2011, the United States Campaign for Burma (USCB), a lobby group from America, asked the U.S. government to impose sanctions against 42 people who allegedly supported the military junta regime in Myanmar. They argued that generals, their families and cronies reap massive profits from a bevy of industries and save them in offshore accounts.

One of them was Kyaw Win of the Shwe Thanlwin group, a business he set up back in the early 2000s. He is known as a close associate of Kyaw Hsan, a former military general.

But those days are now gone. He is not on any black list anymore. On the contrary, he now seems to be much liked by some westerners.

Even after sweeping changes in Myanmar’s political life, Shwe Thanlwin is thriving more than ever in many of the industries where it operates, including media. SkyNet, a satellite TV channel owned by Shwe Thanlwin,  earlier this month signed a deal with the U.S.-based cable TV behemoth CNN to launch Channel One, the first all-news channel in Burmese.

From Football to News

Myanmar has undergone major changes in the past few years. The army lost much of its political clout, especially after the elections in Myanmar last November, won by the National League for Democracy (NLD), a party led by human rights activist Aung San Suu Kyi. The vote ended nearly five decades of military rule. But when it comes to the economy, the army retains much of its power. Moreover, they and their cronies are increasingly strengthening their positions in the media industry as well.

“The launch of an all-news channel is not necessarily a business move,” said a Yangon-based journalist. “It’s hard to make money through news, even if it’s CNN. But they have sufficient funding to subsidize such a channel simply to protect their business interests.”

Shwe Thanlwin is one of the largest conglomerates in Myanmar today. It has built this position thanks to a slew of sweetheart contracts it has won over the past decade from the country’s military rulers, including fat orders to build low-cost homes for people affected by Cyclone Nargis,which hit the country in 2008, and for the construction of the Bago-Nyaunglebin road. Two years ago, the company received a license from the Central Bank of Myanmar to launch Shwe Rural and Urban Development Bank.

SkyNet was launched in 2010 as a satellite platform hosting a bouquet of over 100 channels from Myanmar and abroad, including SkyNet’s own channels.

Much of SkyNet’s popularity was built up thanks to its offering of entertainment and sports programs. In the past few years a string of deals securing broadcast rights for football matches from Europe’s top leagues have been snapped up, coverage which attracts hordes of viewers.

He reportedly participates in meetings with Confucius Institute, an outfit subordinated to the Chinese education ministry, which has drawn criticism for being a propaganda tool of China’s government abroad. With the support of Yunnan University’s propaganda department, last year the institute set up Baobo News, China’s sole newspaper in Myanmar.

A few journalists in Myanmar that were contacted for this story said that the channel SkyNet wants to launch will be a professional news outlet. It’s hard to imagine CNN putting its name on a lowbrow television channel, they say. There is no launch date yet for the channel. SkyNet’s representatives said publicly that it will be launched only when “CNN thinks it’s ready.” They say that it will take at least one year to properly plan the whole operation.

The CNN deal comes with a training package for Channel One’s future journalists. They will be trained in news gathering and production, program development and technical operations. Greg Beitchman of CNN International told Coconuts Yangon, a news site, that they expect CNN’s standards of journalism will help build “a model of political debate which will benefit the country’s politics.”

Broadcasting CNN content is part of the agreement as well. CNN will also help Channel One build its own website.

CNN hasn’t responded to our invitation to comment for this article. A Hong Kong-based CNN representative told The Myanmar Times that they are confident that SkyNet will not be biased in its reporting. Ingrid Hsu from CNN’s PR department told us: “CNN is confident SkyNet will develop a first-class service of international standards that gives the people of Myanmar the best of local and international news. CNN will not be involved in the management or operations of Channel One.”

But generally, journalists are skeptical that the Burmese will be fond of news from SkyNet. The operator may be popular with football and movies, but not news, they say. “Burmese never appreciate SkyNet in terms of trust,” said a local journalist in an email. They have a bad reputation for not airing diverse opinions. For example, before the 2015 elections, they didn’t cover activities of the opposition parties at all. Many Burmese people also don’t trust them because of their links with the now defunct military regime.

However, at the end of the day, the problem here is CNN’s decision to wed such a controversial group. Waiting until the market became more competitive to strike a truly transparent deal is what anybody would expect from a station of CNN’s caliber.

CNN disappointed many with this stunt.