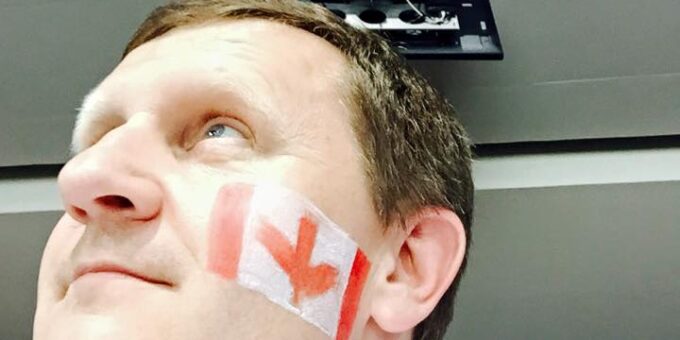 The Czech server Motejlek.com is a rare success story of paid online news. The departure of its founder is likely to harm the site – and, to some extent, independent journalism, too.

The founder and  head of the Czech business news website Motejlek.com, journalist Miroslav Motejlek, quit at the end of April, dealing a blow to the profitable website whose exclusive content, available only to paying customers, has been based mostly on information from his sources.
The website, which Mr Motejlek launched in 2008, is a rare success story of paid online news in this Central European country where most publishers, struggling amid a glut of free information on the internet, are reluctant to charge for content, fearing readers would opt for free alternatives.

Mr Motejlek continues to hold a 66% stake in the enterprise, the news website idnes.cz quoted him as saying. He added that the reasons for his abrupt exit were “certain divisions” between him and Czech billionaire Ondrej Tomek, the owner of the remaining 34% stake, over operational issues.

While Mr Motejlek had brilliant insights and was unmatched in breaking relevant news from the business, energy and legal sectors, many journalists considered some of his reporting methods rather unorthodox. For example, in some stories, he used the data in a biased way.

However, Motejlek.com has invigorated the Czech media landscape, where independent reporting is getting scarce as journalists at some of the largest newspapers come under pressure from their owners to report favorably about their businesses and skip news that could harm them.

Many mainstream newspapers in the Czech Republic are owned by some of the country’s wealthiest individuals. The country’s two main broadsheets Mlada Fronta Dnes and Lidove Noviny are part of a publishing house, Mafra, owned by billionaire Andrej Babis who is also the deputy prime minister and finance minister in the current leftist government. Some editors and senior reporters quit after Mr. Babis bought the publishing house in 2013. Mr Babis has repeatedly claimed  that he exerted no influence over his media. The main tabloid newspaper Blesk belongs to a publishing house owned by tycoons Daniel Kretinsky and Patrick Tkac who are also shareholders in EPH, one of the largest power companies in the region. Mr Tkac is Slovak.

The only other journalist in the Motejlek enterprise, Petr Skocdopole, is leaving too, according to a note published on Motejlek.com. Mr Motejlek and Mr Skocdopole are considering launching a new project, but no details were offered, according to the same source.

Czech daily Lidove Noviny said Mr Motejlek’s departure was prompted by suspicions that he engaged in insider trading following an interview with a top executive at telco O2 Czech Republic. The interview reportedly influenced the company’s share price. Mr Motejlek has been under central bank investigation. He has denied any wrongdoing.

Mr Tomek told Lidove Noviny that the suspicion of insider trading was “only a drop illustrative of Miroslav Motejlek’s behavior, which had consequences for the server.” Mr Tomek wouldn’t elaborate. He only added that Mr Motejlek’s departure would affect the website, but that will be “no tragedy”.

The sale  of the largest printed media in the Czech Republic to local business magnates in previous years has driven  many journalists out of those outlets to launch their own media projects, often limited to websites due to insufficient funding. One such successful project news website, Echo24.cz launched a printed version in 2014 and is released weekly.

Others such as Svobodneforum.cz, Neovlivni.cz and Hlidacipes.cz, remain online, showing how unbiased journalism has been pushed to the sidelines and reaches only a limited readership within the educated part of the population which uses the internet.

Newspaper sales have been on a steady decline in the past few years. Sales of newspapers overall in the Czech Republic fell 6% year on year in February to 756,000 pieces, according to ABC CR, which audits newspaper circulations.

Motejlek.com’s new chief Branislav Gordan, appointed after Mr Motejlek’s departure, told Mediaguru.cz that the company was still deciding “which way to go” and he was “surprised” with frequent calls from journalists asking to work for the server.

Motejlek.com’s 2015 net profit was CZK 4.6m (roughly US$187,000) on revenues of CZK 15.5m (US$610,000). Profits retained from previous years topped last year CZK 18.5m (US$790,000 at today’s exchange rate), according to the local business news server Ihned.cz. Publishing house Mafra, which operates dailies Mlada Fronta Dnes, Lidove Noviny and Metro, two news websites and music TV channel Ocko, among others, reported a net profit of CZK 137m and revenues of CZK 2.45bn in 2015, according to data from the company.

It’s hard to compare such a behemoth with a small website like motejlek.com, but unlike the large publishing houses that are galumphing through the economic hardships, Motejlek’s shop has thrived, in its category, all these years.

Whether the site is going to survive now without its founder is hard to say. But surely, independent, bold journalism is soon to find a new niche. Hopefully, it will be occupied by equally independent writers and, if possible, less controversial ones than Mr Motejlek.