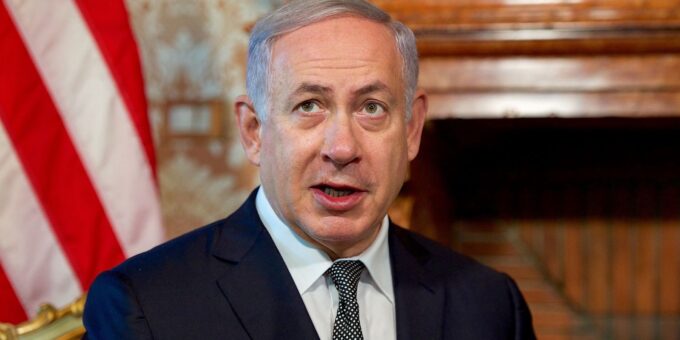 Israel’s prime minister Benjamin Netanyahu is becoming hypersensitive to his critics. He’s figured out how to solve the problem: bring all media into line.

On 18 September 2016, Israel’s prime minister Benjamin Netanyahu is going to a court in Tel Aviv to convince jurors to order Igal Sarna, a journalist for Israeli daily Yedioth Ahronoth, to pay him nearly US$ 73,000 in a libel suit lodged by Mr Netanyahu and his wife, Sara, last March.

The dispute was triggered by a note posted by Mr Sarna on his Facebook page the same month, in which he alleged that Mrs Netanyahu, angry with her husband, kicked him out of the premier official car on a central highway. Mr Sarna didn’t cite any source for his allegations. He later responded laconically on his Facebook page that the lawsuit was being “taken care of.”

It’s hard to imagine Mr Netanyahu falling out of his car as, we are told, the Israeli’s official premier convoy usually drives fast to avoid being close to other cars, which can hide vile shooters. At the same time, it’s hard to imagine a high official taking the time to drag somebody to court for such a trivial jest (if it was a jest).

However, the episode is more than a usual scuffle between journalists and politicians. It hides a much deeper crisis in the country’s media as Mr Netanyahu has aggressively battled dissenting voices in his country during the past year.

Mr Netanyahu’s party Likud won the latest elections in March last year with nearly a quarter of the votes, securing Mr Netanyahu’s fourth premiership. He first governed in 1996-1999, then returned to the first post in the government in 2009, and from this point onwards he has remained the country’s prime official.

Some media observers in Israel say that the war Mr Netanyahu wages with critical media is the result of pressure from his wife, who’s keeping her husband under the thumb. As Mr Klein wrote, “anyone who reports about Sara Netanyahu knows the bill is on the way. The bill arrives in the form of a libel suit.” The couple’s tactic is to eventually withdraw the suit, but in the meantime the legal action is used to bully journalists and tamper their desire to write about her.

But, wife or no wife involved, Mr Netanyahu seems to be more calculated than his critics believe. As soon as he created the government last year, he embarked on an aggressive strategy to control the media. He has three more years to govern; and he wants to do his job in peace. Mr Netanyahu’s office hasn’t responded to our invitation to comment for this story.

Shortly after concocting a new government in May last year, Mr Netanyahu took on also the communications portfolio. The first move as a communications minister was to sack the ministry’s head Avi Berger. He did that on the phone. The same day, before a new minister of finance was anointed, Mr Netanyahu used the prerogatives he held for a brief term as stand-in finance minister to issue an order that required Channel 10 TV station, known for its independent coverage, to pay the government an additional US $4.3m for its broadcasting license. That was a big blow for the station’s financial health.

In June last year, Mr Netanyahu became embroiled in a fresh scandal after French-owned telco Orange announced that it would sever ties with Partner, the local business that leases Orange’s name in Israel in exchange for paying Orange royalties and a chunk of its profits. Mr Netanyahu slammed Orange, which is partly owned by the French state, calling their decision to leave “miserable”. His fury reached the presidency in France as he accused the French government of taking part in a general boycott of Israel. Eight months before, an international boycott had been launched against Orange over its support to Israeli soldiers who were part of a deadly assault that left more than 2,200 Palestinians dead in Gaza.

A World of Friends

But bashing and smashing is not all Mr Netanyahu can do – he can also seal sweet deals. Thus, the camp of his supporters has been growing stronger. A series of investigations from the Haaretz newspaper in the past few years have unveiled details about the premier’s relationship with the local telecom group Bezeq and its controlling shareholder, Shaul Elovitch.

Owned by Bezeq, the news website Walla is notorious for its positive coverage of the Netanyahus as a move to further Bezeq’s business interests in the country. Walla is one of the most popular news servers in Israel, with over 23 million monthly visits last year. Walla’s head, Ilan Yeshua, reportedly told the site’s journalists at one point that this policy came straight from Mr Elovitch. He knows that the Netanyahus can influence the regulations that apply to Bezeq. One of Walla’s editors was ordered last August to add more pictures of Mrs Netanyahu to a story about a movie screening in Jerusalem attended by a slew of heavyweights including Mr Netanyahu and his wife.

The free daily newspaper Israel Hayom, which captures roughly 40% of the market, is also known to be close to the prime minister. It is owned and subsidized by the Las Vegas casino magnate Sheldon Adelson who openly showed his support to Mr Netanyahu and his Likud party, according to Freedom House, a Washington, D.C.-based think tank. In a move to cripple its competition, Israel Hayom, which reportedly loses some US$ 40m a year, forced other mainstream newspapers to slash their ad rates, a move that shook their financial sustainability, according to Freedom House. That drove the daily Maariv into bankruptcy. Its affiliated news website NRG was then bought by Mr Adelson. He also took over another newspaper threatened with insolvency, Makor Rishon.

On television, the state-run Israel Broadcasting Authority (IBA) has also been under political control for years. However, the station’s poor management and incessant political pressure has led to a significant decline in its dominance.

In such an environment, independent journalism can find it hard to survive. Still, dissent and diversity of opinions still have a chance to survive: the internet. In Israel, nearly three quarters of the population were online last year, one of the region’s highest rates of internet usage.

Freedom House notes that, except for surveillance of some internet service providers carried out ostensibly for security purposes, the Israeli government “generally does not restrict internet access.” However, Bezeq’s control over this space is growing dangerously. A 2016 study led by Columbia University’s professor Eli Noam found that, partly thanks to Bezeq’s 36% share of the internet market, Israel was among the 20 countries in the pool of markets from all continents canvassed by the study with the highest concentration of ownership in this sector.

Mr Netanyahu seems poised to bring the media industry into line through powerful, wealthy friends and discretionary regulation. Currently the internet remains a free channel, but even that is not necessarily a free medium in the long-term, given Mr Netanyahu’s great strides into that market as well.

One day, he can probably make even Facebook posts invisible.