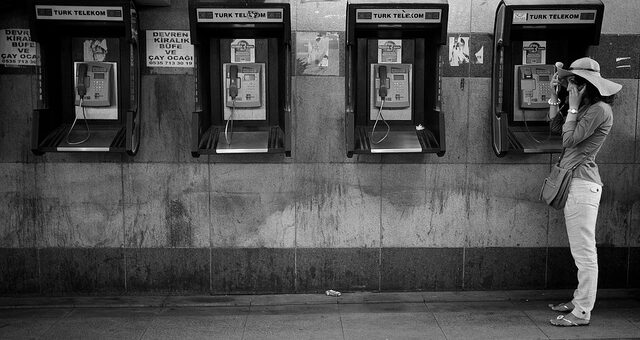 The integrity and independence of journalism is in dire straits in eastern Europe. The preferential distribution of state advertising has had to do with much of this.

But the party was only a sprinkling in the company’s anniversary budget. On top of it, and other things, Turk Telekom splurged in 2014 on a massive advertising campaign ballyhooing its then upcoming anniversary. However, this spending spree turned out to be a rather clever political maneuver instead of a usual corporate stint. Data from Nielsen Company AdEx, which monitors ad spending in Turkey, show that Turk Telekom doled out some US$ 63m to 16 pro-government media outlets. Opposition newspapers such as Zaman, BirGun or Cumhuriyet didn’t receive a dime.

Turk Telekom’s history harks back to 1839 when Sultan Abdulmecid founded the telegraph and post carrier Postane-i Amire, Turk Telekom’s ancestor. Today, Turk Telekom is majority owned by Oger Telecom, but the state Treasury retains a 30% stake and, thus, a say in the company’s operation. It is not hard, then, to explain why the telco would disburse all that cash to pro-government papers.

But Turkey is not alone.

A slew of investigations into state-media financial relations in the countries of Southeast Europe run by SEE Media Observatory found that state advertising is a blight for independent journalism in the region. It is one of the key mechanisms to transfer public funds, “in a corrupt and clientelist manner, from state authorities, state institutions and state-owned companies to the media.”

The funding that media outlets garner from state advertising is crucial for their operations. “It makes the difference between continued survival and bankruptcy,” according to the observatory. An attendee of a training course for young journalists in Macedonia, a country of some two million, said that securing state advertising was the most important achievement for a media outlet’s success. The SEE Media Observatory is a regional partnership of civil society groups funded mostly by the EU.

Since 2008, the ruling party in Macedonia, VMRO-DPMNE, has been spending hefty sums on state ads. In the period 2012-2014, the government plunked down some €18m to pay for advertising. The government is thus believed to be the largest TV advertiser in the Macedonian television market, with nearly a fifth of that market. In 2014, the ad spend on TV was estimated at some €26m.

In Bosnia and Herzegovina the government spends at least €15m a year in media, albeit not all of it in the form of state advertising. The state is, however, the largest advertiser. The country sports 44 televisions, 140 radio stations, over 100 daily newspapers and magazines, and an unfathomable number of internet portals. For a market with some 3.8 million people, this is an inconceivably high number of media outlets. Many of them are launched by groups of interest that see media as a mere PR channel. If they are not backed by mighty businesses, they hardly survive.

That makes the media the perfect field for state bodies to meddle with – and funding is the way to do it. Local media is particularly vulnerable. Often, they draw financing from a bevy of institutions. According to the SEE Media Observatory, Radio Herceg Bosna, for example, receives cash from at least eight public budgets, mostly cantons and municipalities.

In Serbia, for example, the state ad funds have been handled through an agency established by a high-ranking official from the premier Aleksandar Vucic’s party. One of the biggest ad contracts in the country is habitually awarded by the state-owned lottery, in advance, to Pink TV, a commercial TV station known for its pro-government support. In Albania, Top Media, a group that has close relations with the country’s Prime Minister, is blatantly favored by the state when state ad money is distributed.

Governments spend state ad money exclusively on friendly media outlets, even if sometimes they don’t have large audiences. In Macedonia, for example, state ad funding sometimes goes to some of the least red-hot stations. Macedonian Alfa TV received in 2013 nearly 60% of all the 9,000 or so commercials the state paid for on TV. But the station’s audience amounts to a picayune in the total number of eyeballs. It had that year an audience share of some 3%. In contrast, Sitel TV, in spite of its 28% audience share, received that year the least amount of state ad cash. However, the cash injection from the government’s coffers helped Alfa TV prosper and increase its reach.

But state advertising is not the only instrument to nobble media in the region. There are many other financial mechanisms in place that encroach on the media’s independence and integrity. Some of them work almost imperceptibly, as the SEE Media Observatory say. Only when all these pieces of the puzzle are put together, “does the horrifying picture of dependence and potential systemic corruption in this field begin to emerge,” wrote Hrvatin and Petkovic.

State funding in the media has always been a contentious issue in the region. Public television also receives cheques from the state budget almost everywhere in Southeast Europe; but, what really hurts independent journalism in these countries is the growing role of politics in the media market.

“Politics has become a business,” according to Hrvatin and Petkovic. It is a business of trading in information and visibility that has made the media “equal negotiating partners in power acquisition.”

SEE Media Observatory calls for thorough media reform to slough for good the state-media financial relations that nurture corruption and political clientelism, and, at the same time, hobble independent journalism.

As long as the same people make the rules of the game and play in it, that is an almost insuperable task.