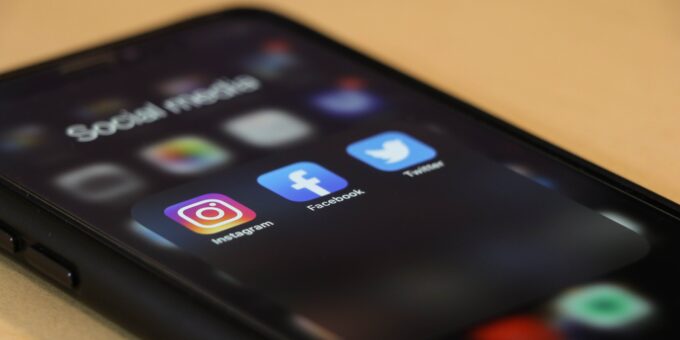 Uncomfortable with the government’s aggressive snooping, internet users in the Middle East are increasingly beginning to move their discussions to more impervious chatrooms.

Last summer, the Saudi Arabian government stunned internet freedom activists, and others, when they announced new legal provisions that allow the naming and shaming of offenders of the kingdom’s anti-cyber crime law. The law enables authorities to throw people who produce, prepare, distribute and even store content that “impinges” on public order, religious values and “public morals” via the internet into jail.

As if that was not sufficient, the same law allows the naming and shaming of those found guilty of these offenses. In a region like the Middle East where individual reputation is a cornerstone of societal value, naming and shaming has the potential to be even more intimidating than rotting in a Saudi quod. Local observers saw these legal provisions as another step towards stifling criticism by the local authorities, through such a powerful social deterrent.

It came as a surprise, then, to learn that internet users across the region are more concerned about corporate surveillance of their online activity than about government snooping. Some 42% of people in the region are worried about corporate surveillance. In contrast, only 31% of them are concerned about government surveillance, according to a newly released study carried out by Northwestern University in Qatar in partnership with Doha Film Institute.

In Lebanon, Qatar, and the United Arab Emirates (UEA), one-third of internet users worry about online corporate surveillance. Nearly half of them have such concerns in Saudi Arabia and Tunisia.
The findings show that people in the region, massive embracers of social media, are growing increasingly heedful of their own privacy. That is prompting many of them to think twice when posting online or even to altogether abandon their online engagement on social networks.

Due to online privacy concerns, social media use in the Middle East is shifting away from Twitter and Facebook and further toward direct-messaging platforms such as Snapchat and WhatsApp, according to Northwestern University. The survey found that Facebook’s popularity has declined in the last three years by 6 percentage points to 82% in 2016. Twitter’s usage tumbled during the period by a whopping 17 percentage points to 28% this year. Only one year ago, Twitter was embraced by 40% of the users.

Those most worried about their privacy are Saudis, followed by Egyptians. Three-quarters of Egypt’s internet users and 89% of their Saudi peers said that such concerns forced them to change the way they use social media, according to the survey, which canvassed over 6,000 respondents in six countries in the region. Northwestern University in Qatar is a daughter organization of the eponymous American university. It carried out the survey in cooperation with Doha Film Institute, a not-for-profit cultural organization.

It is a surprise that people are more concerned about companies than governments when it comes to surveillance as authorities in the region are notorious for their aggressive internet monitoring work. The explanation for this increasing aversion to corporate surveillance is likely the collusion between governments and private companies in monitoring people’s online lives, experts say. In Saudi Arabia, where surveillance is rampant, “anyone who uses communication technology is subject to government monitoring,” according to a 2015 report from Freedom House, a Washington, D.C.-based U.S. government-financed think tank.

In 2013, American security expert Moxie Marlinspike unveiled email correspondence with an employee at Saudi Arabia’s large telco Mobily who was trying to recruit him to help Mobily intercept encrypted data from apps such as Twitter and WhatsApp. This is only one of several other examples of telcos used by the Saudi government to snoop into people’s discussions online; Freedom House claims that access providers are forced by authorities to give them information about their users’ online activity.

Governments across the region, particularly those active in surveillance, argue that they do that simply because they want to detect threats to national security. That argument seems to hold water in the context of rising militant islamism and growing terrorism threats.

Through their online engagement, some governments also want to give the impression of popular support for their policies, according to Freedom House. “It is believed the [Saudi Arabia] government employs an ‘electronic army’ to constantly post pro-government views, particularly on social media.” Their trolls, known as “hashtag poisoning,” are used to disrupt criticism.

But such strategies now seem to be turning against them.
Increasingly, people have been moving their presence or at least their sensitive conversations to other, more impenetrable chatrooms. The Northwestern University researchers found that people sign up in droves for direct-messaging platforms such as Snapchat and WhatsApp. Snapchat is becoming one of the most popular platforms in the Gulf countries, mainly because internet penetration and speed are higher there. Snapchat needs a good internet connection as it is a video-centric platform.

Internet penetration has surged across the region in the past few years. But connectivity is significantly higher in the Gulf Countries than in the rest of the region. In the UAE, internet penetration reached the 100% level in 2016. It is closely followed by Qatar and Saudi Arabia, both with 93% of people connected. At the bottom of the heap we find Egypt and Tunisia, with 59% and 49%, respectively. But even there, internet penetration is growing fast.
Internet is becoming central to people’s lives in the Middle East, especially when it comes to free conversations and debate. The governments there know that and do all they can to intimidate, marginalize or weed out dissent.

But soon, they might not find their people on the internet spaces where they used to hang out.