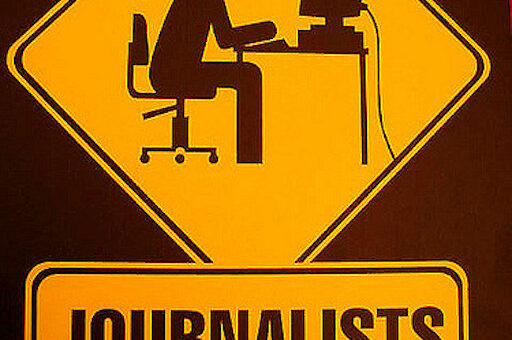 The news media industry has been faced with a profound crisis for more than a decade now, and peoples’ dwindling trust in journalists has much to do with it.

May was a nightmarish month for the 500 staff of Mega, the oldest privately owned channel in Greece, as the station was faced with closure following mounting debts, mostly to banks. In the end, the three families that control the channel – Psiharis, Bobolas and Vardinogiannis – agreed to increase Mega’s capital to save the channel from bankruptcy.

But the Mega crisis is illustrative of a much bigger problem that Greek journalism has been facing for years: the collusion between media and politics. Most of the country’s mainstream media was established by businessmen merely as PR channels for their other companies. Politicians don’t touch them as they enjoy the positive coverage; and owners fund the media through profits made in other companies.

It doesn’t come as a surprise, then, to see Greece at the bottom of the heap when it comes to trust in news organizations and journalists. Only one in five trust the news in Greece and a paltry 11% trust journalists, according to a survey run in 26 countries worldwide by the Reuters Institute for the Study of Journalism (RISJ).

Greece is not alone. Journalism has a growing trust problem in many other places.

One of the reasons people tend to distrust media coverage is the influence that businesses exert on news media. This is particularly important for Greeks (who have lost trust in most institutions anyway), Hungary, Czech Republic, Korea and the United States. More than half of Americans believe that news media is, in some capacity, dependent on business interests.
In other countries, the political factor is the key driver behind lowering trust in the media. It is the case of Turkey, where the government is muzzling independent media, and Hungary where most of the mainstream media is heavily politicized.

Many media outlets play into the hands of politicians there. For example, after the takeover of the private station TV2 by Andy G. Vajna, the station’s news bulletin began to blatantly favor the government and attack the opposition, according to a report from the SEE Media Observatory, a regional civil society groups network.

Although the level of trust in media varies broadly from nation to nation, it’s worrisome for journalists and media enterprises to see that generally large swathes of populations don’t trust the news.

With two exceptions, Finland and Brazil, in all other 26 countries canvassed by the Reuters’ researchers less than half of the people trust journalists, a staggeringly low figure.

Youth is generally skeptical about news organizations and journalists.

In Greece, for example, people under 35 years of age in particular have lost their trust in media organizations in the past few years. In Germany, some 41% of those aged under 35 trust the news, a figure which increases to some 55% when accounting for the entire general German public.

Younger generations seem harder to fool, it seems. They want, and thus seek out, reliable sources of information. For some 37% of Americans, all youth aged 18 to 34, a “trusted reputation” makes a source useful or reliable, according to a 2015 survey from Associated Press, University of Chicago and American Press Institute. Some 85% of them say that keeping up with news is important to them and 69% get news daily.

The youth market tends to access news differently. They watch mainstream television less than older people and use social media more to find what interests them.

But the fact that they trust journalists less than the older generations should worry many in the media industry. Doing the simple math, the number of readers disgruntled by news organizations is only going to surge in the future.

That is likely to further cripple the already battered news media industry, if news organizations don’t fix their trust problems in time.