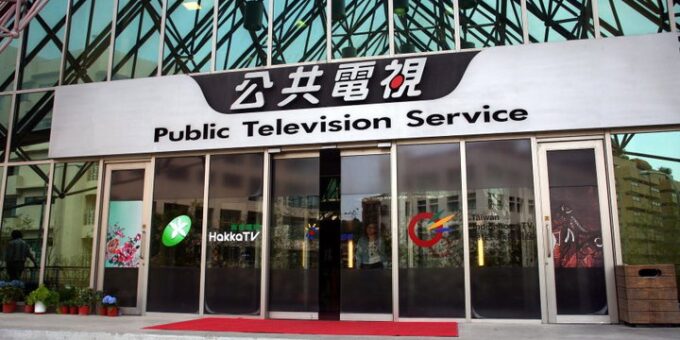 An upcoming study on public media in the Global South calls for major reforms to help reinvent public service media.

Back in 2007, responding to people’s growing dissatisfaction with the commercial news media in Taiwan, PTS, the country’s public television service launched PeoPo, a portal that was designed to host video reports made by citizens. Part of the project was also a training program that was intended to teach citizens how to create such reports.

The project was a sensation.

The number of video-making citizens exceeded 3,400 by 2009 and was close to 7,400 in 2013, according to a RIPE report. Half of those who enrolled in this program are youths aged between 21 and 30. PeoPo concluded collaboration agreements with over 200 NGOs and 15 college news centers to hold training sessions. It cost PST a frugal US$200,000 a year to fund this project.

All in all, this is truly an example of the development of public service media at its finest.

However, unfortunately this is a comparatively rare example of success in such development so far. In fact, the state of public media in the Global South (defined as Africa, Latin America and developing Asia, including Middle East) is far from rosy. Most are struggling with a spate of structural problems coupled with political pressures.

Political interference in media operations appears to be the biggest obstacle for public media institutions to serve the public, according to an upcoming study on public media in the Global South from the Simon Fraser University Library in Canada. Unlike many in the West, broadcasting and electronic media are understood in the Global South to exert a powerful influence on social thought and perceptions. Thus, countries with histories of authoritarian use of media (either for beneficial development purposes or the self-interested concerns of dictators, or both) find it difficult to accept the long-term benefit to a society’s political life and wellbeing that can only be realized by accommodating a truly independent media system working primarily to benefit the public as a service.

In South Africa, the country’s public broadcaster SABC has recently been rocked by another political scandal. Jimi Matthews resigned last June, admitting that the broadcaster systematically censored programs that were critical of the country’s ruling power, the African National Congress (ANC).
In many eastern European countries, government changes lead to purges in the personnel of the local public broadcasters. In early 2016, Polish public TV saw such a change dictated by the newly instated government.

Broadcasters in much of central and eastern Europe are losing audience at a fast rate. The reasons for this include increasing competition from private media and growing disgruntlement with what the public sees as politically biased content. So the situation that characterizes challenges in the Global South is relevant in the West as well.

And yet, despite the many and significant problems, in many countries in the Global South, public service media institutions remain powerful players that are truly trying to develop a media practice that benefits all citizens on a universal basis.

Far from dying, state-administered broadcasters remain the most powerful media in these places, according to the Simon Fraser University Library report. They reinvent themselves to adjust to the changing digital environment, the report’s editors, Anis Rahman and Gregory Ferrell Lowe say. The report, to be published next month, is a compilation of contributions from media scholars and practitioners covering a range of relevant case countries that include Bangladesh, Indonesia, Malaysia, Mexico, Morocco, South Africa, and Taiwan. SABC TV in South Africa, for example, commands an audience of some 53%. Its radio stations have a daily listenership of a staggering 24 million, half the nation’s population. In many of these countries, public TV is the key source of news for much of the population. Contrary to the policy perspective of many in the West, media matter and public service provision cannot be taken for granted.

In this light, calls for the reform of public media have intensified; and the political issue is not the only one.

Some have been grappling with rampant internal infighting and gross mismanagement. The TVRI in Indonesia is a case in point. Many of state broadcasters are gigantic institutions with heavy bureaucracy and appear to be totally unfit for today’s agile, complex and social digital environments – for instance, last year, Egypt’s public broadcaster, ERTU, had nearly 35,000 employees. To put it in perspective, that is roughly 10,000 more than Britain’s national broadcaster BBC. Finally, many of them have been through chronic financial crises. In some cases, huge staff costs and mismanagement are to blame. ERTU said last year that their incurred losses amounted to US$ 500m in the fiscal year ending in 2014. In other cases, the state funding they rely on is totally insufficient to run a proper operation.

Last year Mexico’s Once public channel had a US$36m budget, a steady decline from 2011 when it was at least 30% higher.

What all these trends indicate is that public media in the Global South is rocked by a bevy of structural problems that add to the political pressures.

According to Mr Rahman and Dr Lowe, developing public service in media in much of the world requires a broader perspective and considerable flexibility in both thought and arrangements. They believe that a mixture of institutional and non-institutional forms with commercial and non-commercial income streams is necessary.

If that doesn’t work, the space for public media content can be carved somewhere else. As they suggest, nongovernmental and community initiatives are gaining popular support. They are emerging as the most promising frontiers of public service media in the Global South.

In much of Africa, community media is the only credible example of public service media. Take Radio Ndef Leng in Senegal. A radio station serving the Sarere community in Dakar, one of the largest minority groups in the Senegalese capital, it airs in 14 languages and has strong roots in the community it serves. Its funding comes from its own listeners who pay for a phone call charge to be part of live phone-ins. Sometimes, they also make voluntary donations. Community radio in Nepal serves as the most successful example of small-unit public service media in South Asia. There are around 350 community radio stations currently operating in 74 districts of Nepal. Most of them served as a “life line” in post-quake Nepal.

Such nimble players, much closer to their community, could be much better positioned than the government-funded behemoths to really play the public service media role in the Global South.

To enquire about a copy of the report, write to the authors.