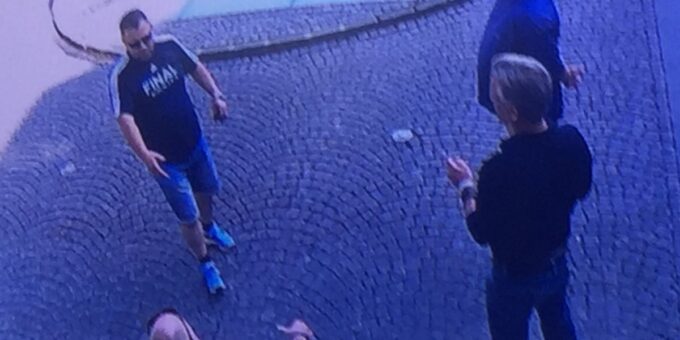 Newly released information from the investigation in the case of Sky News report on illegal arms trafficking in Romania points to a massive journalistic flub. The “arms dealers” in the Sky News report were a TV employee and two hunters.

The Romanian Directorate for Organized Crime and Terrorism (DIICOT) made the first arrest in the case of illegal arms trafficking in Romania exposed by Britain’s TV news channel Sky News. He is Attila Szaba Pantics, one of the people who appeared in the Sky News’ video as a gun dealer. He is accused of “spreading false information.”

The other two Romanians who appeared in the Sky News report, Aurelian Mihai Szanto and Levente Pantics, are also under investigation. DIICOT’s officials also want to extend their accusations to the British journalists from Sky News who produced the report, according to the Romanian news agency Agerpres.

Mr Szanto told the DIICOT’s investigators that he was duped by the British journalists who, he claims, told him that he and his friends will appear as fictional characters in a documentary. Mr Szanto, who has lived in Britain for several years where he works at a TV station, says that in early July 2016 he received a phone call from a British journalist at Sky News whom he had met before. Mr Szanto was asked to find people in Romania who would be willing to show firearms for a documentary the channel was working on. Mr Szanto said that he didn’t know anybody who would have firearms, but a friend of his had hunting weapons he legally owned. The journalist said that it was OK.

The journalists told Mr Szanto that the shooting of the video should take place somewhere far from the public eye. The journalists mentioned that the documentary would say that the video was filmed somewhere close to the border with Ukraine, Euractiv.ro reported.

According to a DIICOT news release, in the morning of 31 July 2016, Mr Szanto picked up the four-journalist Sky News crew from their hotel in Romania. They then drove to the village of Jeica in the Mures county where they were joined by cousins Attila Szaba Pantics and Levente Pantics who were riding in their own car. After some two kilometers, they all stopped their cars. The Pantics cousins put their balaclavas on. But Mr Szanto, as a fixer, was also asked by the British journalists to hide his face. He didn’t have a balaclava. Sky News’ journalists gave him one, a cap and a coat to put on. They then shot the video.

Mr Szanto said that he received €2,000 from Sky News’ journalists to appear in the story. He kept half of that and gave the rest to the Pantics cousins.

Journalist Stuart Ramsay, who led the Sky News investigation, dismissed all these claims. He said on Twitter that the story was real. The channel said that Mr Ramsay delivered “a robust report on gun dealing in Romania” and that “Sky News fully stands by the story.” They wouldn’t elaborate.

However, DIICOT yesterday released pictures based on the CCTV footage of the hotel where the Sky News journalists stayed showing them in friendly exchanges with the “arms dealers.” The images were recorded a day before the video was produced.

Raluca Pruna, the justice minister in Romania, said today that the Romanian state will have to react if it’s proven that the story was bogus. The Romanian embassy in London sent Sky News a letter asking them to air the DIICOT’s findings. Ofcom, the broadcast regulator in the U.K., said yesterday that they started to investigate the story as they received 12 complaints regarding this report.

Sky News is one of the most popular news channels in the U.K. Its audience dropped to 14.4 million of viewers in the first quarter of 2016 from 17.7 million in Q4 2015, according to data from Statista. In spite of this drop, they retain a hefty audience share. Some of the Sky News programs often beat the public broadcaster BBC, which has high levels of trust in Britain.

Sky News is viewed in the U.K. as an openly conservative tub-thumper. Sky, the group that owns Sky News as well as a slew of pay-TV entertainment and sports broadcasters, is the largest pay-TV company in the U.K. It had operational profits of £1.4bn (US$ 1.8bn) in the fiscal year ending June 2016, an 18% increase compared to the previous financial year.

The station has repeatedly come under criticism for its sensationalist, hyperbolic and sometimes inaccurate coverage of tragedies and acts of terror. The station is owned by 21st Century Fox, a company formed through the 2013 spin-out of the assets controlled by Rupert Murdoch’s News Corporation.