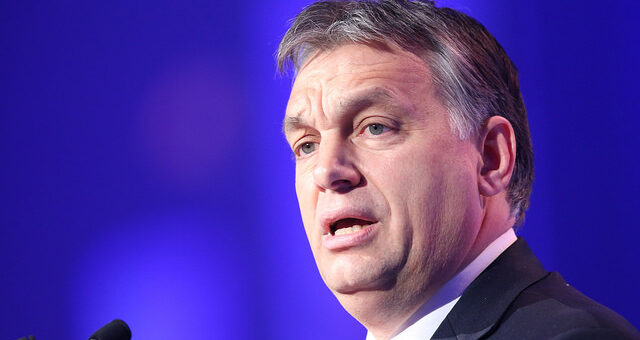 Hungary’s prime minister Viktor Orban has been quietly gaining control over a media empire, especially TV assets, with the help of oligarchs fighting to win government contracts; but ahead of general elections set for 2018, the ongoing war between him and former ally media mogul Lajos Simicska threatens to bring the fascist Jobbik party to power – and squash independent media.

Lajos Simicska, one of Hungary’s wealthiest media and construction moguls, is said to be in the cards to buy the online news server Index.hu. In the past several months, Mr Simicska has been frantically restructuring his media empire, shedding some outlets and shopping around for new ones.
The reason? Mr Simicska is hell-bent to skunk Hungary’s prime minister Viktor Orban in the national elections scheduled to take place in 2018. He knows that having an arsenal of strong news media can make it happen.

Mr Simicska has reportedly secured an option to buy Index.hu from its owner, Zoltan Speder, a banker and media mogul. In the past few months, the government has been relentlessly discrediting Mr Speder, who is now being investigated for fraud over a series of deals between the Hungarian Postal Service and FHB Bank, of which he is both CEO and majority shareholder.

On 8 June 2016, local police raided the Hungarian Postal Service and FHB. Police also recovered audio recordings from data storage devices found in Mr Speder’s home, but they refused to elaborate on these conversations. Local media speculated that the conversations were between Mr Speder and politicians from the ruling Fidesz-Hungarian Civic Alliance, headed by Mr Orban. They are alleged to include Mr Orban himself.

Mr Simicska’s endeavor to topple Mr Orban from power is rooted in the brawl the two had early last year over the government’s plans to impose taxes on ad income, a move that Mr Simicska said would cripple media outlets.

Mr Simicska had won a spate of favors from the Orban government before their spat. Between 2008 and 2013, the construction firm Kozgep, which Mr Simicska owned through family members, won construction orders from the government worth over HUF 900bn (US$ 4.2bn). Its competitors during this time of economic downturn struggled to survive. Mr Simicska’s ad shops also received fat contracts from state-owned companies during that same period.

But since they started to fight, Mr Simicska, who in his youth shared a dormitory room with his college buddy Mr Orban, has unleashed a storm of slurs against his former friend. Among other things, he says that he refuses to be Mr Orban’s partner in building a new dictatorship. At some point, he referred to the premier as “scum.”

Newspaper circulation has fallen in Hungary in the past several years, affecting most of the country’s print media. Magyar Nemzet on average sold some 33,000 copies a day last year. In contrast, Index.hu is one of the most popular news sites in Hungary, with more than 45 million visits in July 2016, according to data collected by SimilarWeb. Over 2.8 million unique visitors go to the site monthly, according to data from Index.hu. While many news sites struggle with bounce rates of over 60%, it boasts a bounce rate of some 41%, which means that readers stick to the site for longer. All of which shows why Index.hu is a valuable asset.

Meanwhile, Mr Orban has been doggedly building his own de facto media empire for more than a decade. Much of this has been done through oligarchs – including Mr Simicska, until they fell out.

Television is still an influential medium in Hungary. Outside the cable market, three TV stations have a nationwide reach in the country today – MTV, RTL Klub and TV2. State-financed MTV is an overt government tub-thumper. RTL Klub and TV2 for years shied away from covering political news in a move to curry favor with Fidesz. When the government announced plans to introduce a steep ad tax, RTL Klub changed tack and began to criticize the government more vigorously. But by the end of 2015, Mr Orban had managed to bring TV2 under its control. Following a lengthy series of murky deals, TV2 landed from its German owner, the ProSiebenSat.1 group, into the hands of Andy Vajna, a former Hollywood producer said to be close to Mr Orban.

But that’s not the end of it. Mr Orban’s friend Lorinc Meszaros has been eying Mediaworks, which runs the nationwide daily Nepszabadsag, which sold over 37,000 copies a day in Q1 2016, according to data from the circuation audit bureau Matesz.

Mr Orban announced already in late 2015 that he would lead Fidesz in the 2018 elections as he hopes to win a third consecutive term as premier. Mr Simicska is also overtly courting political groups to promote them in his media. Between the Hungarian Socialist Party (MSZP) and fascist Jobbik, he seems to have chosen the latter, as he thinks the far-right huddle has a greater chance of beating Mr Orban in the election.

The Simicska-Orban fight is far from being a mere political pissing match. It is rather a clash between two of the most powerful groups of interest in Hungary to maintain control over wealth, resources and influence. Ironically, the media war that the row between the two ignited is not going to affect their wellbeing, but sadly it could nuke what remains of Hungary’s independent journalism.