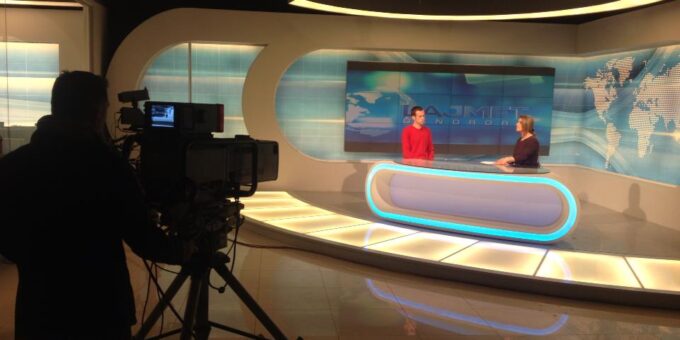 Built through an international assistance program, for many years Kosovo’s public broadcaster received kudos for its editorial coverage. Local politicians have spoiled that.

The building of the Radio Television of Kosovo (RTK) in Kosovo’s capital city of Pristina, and the private home of its Director General were targets of two separate hand grenade attacks in the last week of August. The attacks were a signal that the service is becoming a target, as Kosovo’s restive opposition subscribed to violent methods to block the government from approving important agreements on the road to further democratization.

A self-styled vigilante organization, whose alleged links to one of the leading opposition parties are being investigated, has claimed responsibility for the attacks. They were allegedly motivated by the one-sided approach of RTK in its coverage of domestic politics and the ongoing power struggle in the newly independent nation. The real motives, however, remain unknown and the incidents are still under investigation.

RTK was established in 1999 through a comprehensive international assistance program. It grew into a publicly funded service employing a staff of close to 900, and was successful in meeting important socio-cultural and political objectives faced by Kosovo in its fragile post-conflict democratization process.

However, following the handover from international management to local ownership, and particularly after 2009, its financial situation grew increasingly vulnerable. In 2009, the license fee, paid by all TV households in Kosovo, was suspended and RTK turned fully dependent on state funding. The growing dependence on the state budget also began to erode its editorial independence and credibility.

One challenge is the lack of cultural experience of the wider Kosovo public with a public broadcasting service. The other challenge is the state politicization, a common illness in the processes of democratization throughout the former Eastern bloc. Thus, RTK can’t be editorially independent.

First, its independence is hurt by the legal process surrounding it; the legislation governing the RTK is amended frequently, thus seriously inhibiting the proper functioning of the service. Secondly, its management and board aren’t willing to be assertive in pursuing a greater editorial independence, mostly because they’re political appointees.

Who Pays the Bill?

There are legal provisions ensuring RTK’s editorial independence. But in practice that is not sufficient. Other provisions in the same law give Kosovo’s legislators more power in influencing and determining the selection of board members. That has consequences on who manages the station as the board appoints the management.

When the RTK law was approved in 2012, Kosovo Assembly was mandated to finance the station for three years via the Kosovo budget. In the meantime, an alternative source of funding had to be found. The RTK Board and MPs have debated various options for a model of sustainable and long-term financing including the reintroduction of license fee or tax. Yet, to date none of those options has received much traction, and RTK has continued to remain state funded for an indefinite period.

The government doesn’t want to impose license fees or any other form of tax on households. That would be an unpopular move. In 2015, for example, to avoid social tensions, the government forgave debts that households had from accumulated unpaid bills for public utilities. Moreover, RTK’s board and management feel uncertain about letting go of the state funding and switching back to actual public funding that is less predictable.

On more than one occasion, the EBU has called on Kosovo’s authorities to provide RTK with sustainable funding. It didn’t happen. RTK is an important tool in the hands of politicians to reach out to a generally undecided and confused electorate. Therefore, maintaining the station’s status quo seems to be a more favorable solution for politicians.

The future of RTK is closely linked with the improvement of the political climate in Kosovo and a growing acceptance of institutional checks and balances. Yet, without a broad political consensus that an independent public broadcasting is necessary, RTK’s future doesn’t look bright; and such a consensus, for now at least, looks unlikely to happen.