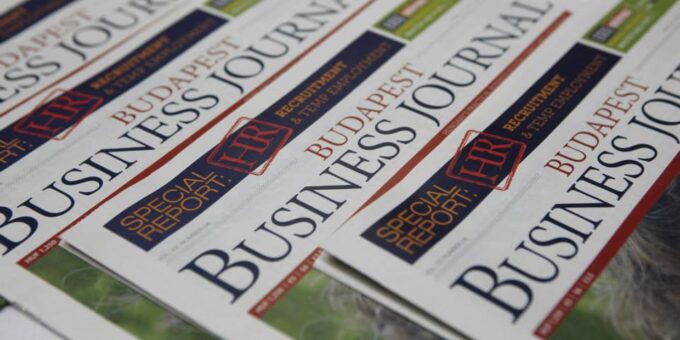 The editor in chief of Budapest Business Journal is leaving the newspaper. Here, he explains why.

Along with passing a package of restrictive media laws and seeking to influence ownership of media outlets, Hungary’s ruling Fidesz party is also using bullying tactics and intimidation in its broad campaign to silence criticism of the government. As a recent victim of this subtle strategy, I have to admit that it seems to be working.

After being told to stop writing about politics in the editorial column, I resigned as editor in chief of the Budapest Business Journal. Fidesz can now expect criticism of its government to drop by about 1,200 words a month.

The publishers of the Budapest Business Journal told me that they wanted the publication to focus strictly on business. They wanted no politics, even in the 600-word biweekly editorial column, and in particular they wanted no discussion of issues related to refugees or the refugee quota referendum.

It is possible the change of policy regarding the editorial column was influenced by one particular negotiation involving a politician, or perhaps the publishers simply thought that criticizing the government is not good for business. Either way, if Hungary has reached a state where print and online newspaper publishers are leery of criticizing the government, we need to be discussing politics more, not less.

In particular, we need to discuss refugees and the October 2 quota referendum, which could potentially deal the biggest blow to European unity since Brexit. The referendum asks voters to give a “yes” or “no” answer to the following question: “Do you want to allow the European Union to mandate the obligatory resettlement of non-Hungarian citizens in Hungary without the approval of Parliament?”

The vote is not legally binding, but it allows Fidesz to claim that they are showing strong leadership by opposing the EU’s effort to provide a humane response to the refugee crisis. Fidesz is hoping to rally support before Hungary’s general election, set for early 2018, by proving they are among the vanguard of Islamophobes and xenophobes in Europe. The vote threatens to put this country at odds with much of Europe, and reaffirms Fidesz’s message that a weaker EU is a key to a stronger Hungary. It’s hard to think of any news story coming out of Hungary that is more in need of news coverage.

I don’t imagine that my critical editorials caused too much concern to the authorities.

The Hungarian government’s approach to criticism in English is generally to ignore it. In a country where two-thirds of the population only speaks Hungarian, the government knows that controlling the local-language TV news and major newspapers is most important.

If they ever did pay attention to a critical report from the Financial Times (FT) or the Guardian, government officials tended to treat it as being written by misguided foreigners whose anti-Hungarian bias is influenced by the country’s “enemies”, like Brussels or George Soros.

Since Fidesz took power in 2010, making one of their first acts passage of the intimidating new media laws, journalists have been on notice that officials do not want bad coverage, and the fear of government interference in news coverage has become real. When an investigative reporting team at the major news portal Origo.hu started questioning the way Cabinet Chief Janos Lazar spent government funds on lavish travel in 2012 and 2013, the editor was fired, and some say it was because German telecommunications giant Deutsche Telekom, the ultimate owner of Origo.hu, was doing business with the Hungarian government at the time. And when RTL Klub, the country’s largest TV station, refused to stop critical news reports, the government passed an advertising tax law carefully written so that RTL Klub had the highest tax burden of any media outlet here. While the government and the owners of RTL Klub deny all evidence to the contrary, it seems that the tax was reduced last year after Cabinet Chief Lazar and top executives in the Luxembourg-based RTL group reached an agreement under which the criticism would be toned down.

The criticism in the Budapest Business Journal never attracted such an overt government reaction, but the threat was there, for us and all other media outlets based in Hungary. When I was hired as the editor in chief, I was told I could write what I wanted to in the editorial column, but that it was my responsibility to avoid government ire, because if officialdom became angry at our small publication, “they would squash us like a bug.”

So I wrote editorials about corruption, government interference in business and the moral and economic arguments for helping refugees – and I kept my fingers crossed. When nothing continued to happen, I started to relax, and the editorial column became the one space in the Budapest Business Journal where I sought to post a reality check about growing authoritarian trends in Hungary’s government.

Some time last year I was asked to “tone down” the editorials, and to cover less politics. So I dialed back the politics for one or two editions. I felt guilty about shirking my main duty as a news journalist, to hold those in power accountable, but I decided that keeping my job would allow me to continue trying to give objective coverage of what is happening in Hungary. When I went back to overseeing more critical coverage and writing more political editorials, I stopped feeling guilty and started worrying about my job safety.
In mid-August, I was “ordered” to avoid politics in the column, and before the next edition was published I resigned. Whatever I had to say about the refugee situation and the referendum would not be published in the Budapest Business Journal.

I have spoken with other journalists in Hungary who quit because they felt pushed to do things they did not want to do, and like them, I still wonder whether I should have stayed and fought it out. Like those journalists, I felt the struggle to publish information that I considered important was too difficult, and the impact was uncertain. Like others, the hard work and lower relative pay of news journalism did not seem justified when I felt I was being censored. Like others, I believe my individual decision to quit had little impact, but I believe the collective impact of so many capable journalists giving up means there is less information about Hungary going out, and less criticism of the government.

As much as I oppose the effort, I have to admit that the leadership in Hungary is doing a remarkably good job of it.