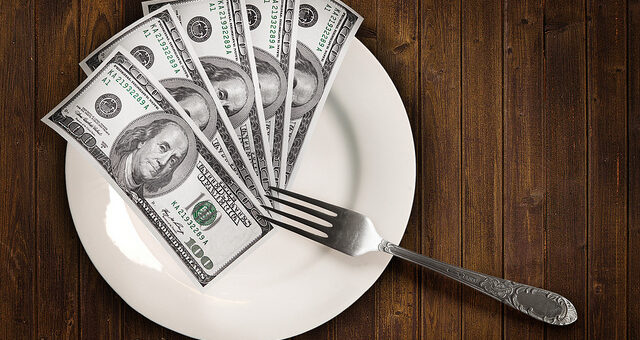 Funding from donors in the media has grown significantly during the past decade or so. Journalists welcome the charity. But when these awards come with editorial “advice”, we have a problem.

Thisisafrica.me is an online media outlet that brands itself as a “leading forum for African opinion, arts and music.” They cover a jumble of topics ranging from politics to corruption to sex and reproductive policies. The site publishes op-eds, interviews and investigations. Its journalism has been widely praised across the continent.

But in spite of its apparent popularity, Thisisafrica.me is in business mainly thanks to donor funding: cash doled out by foundations and deep-pocketed philanthropists. Without cash from donors, Thisisafrica.me wouldn’t exist. That is hardly surprising, especially on a continent ravaged by poverty where markets can rarely support high-quality journalism.

But over the past decade or so, as the internet and dwindling economies have clobbered mainstream media companies, funding independent journalism has become a major problem everywhere. Ad spend is down or spread to many more outlets than before. Newspaper circulations have dived. Journalists and media companies take funding from almost all kinds of givers, donors included. Even established media are increasingly resorting to private donors.

However, the involvement of donors in journalism can be problematic, according to an upcoming study written by a team from the School of International and Public Affairs at Columbia University in New York led by professor Anya Schiffrin. Donor funding comes with “guidelines” on what topics should be covered and “suggestions” for story ideas. Some donors give journalists tips about sources that should be included or shunned during reporting.

That is not kosher at all, journalists admit. But the share of private donations in media’s budgets continues to grow.

The Price of Good Causes

Donors admit that they want their dollars to push their agenda in the media. More than a third of the donors interviewed in Columbia’s study said that over half of their media-related grants are meant to promote or support coverage of “designated subject areas.” The study, which describes the relation between private donors and media as “a marriage of convenience.” is to be published this fall on the website of the Center for International Media Assistance (CIMA), a Washington, D.C.-based think tank.

The Columbia study found that some donors make pressures on media outlets either to not cover a certain story, to cover particular issues or even to cover specific topics in a certain way. Some of these funders even insist on the specific angle of an article.

The good news is that, at least, the topics that donors impose on the media that they fund are usually good causes. They include gender, human rights, health or corruption. For example, the Bill and Melinda Gates foundation has given media outlets funding to cover malaria as part of its larger strategy to zap the disease in Africa.

Still, influencing the editorial thinking of an independent media outlet with money should be unacceptable, journalists say.

But the reality is different: cash from donors has been on the rise. According to veterans in the media development field consulted by Columbia University, there is more donor involvement with media content than one to two decades ago.

Awards to media from private foundations, non-governmental organizations (NGOs) and individual donors has increased globally, according to Columbia’s research. As governments in countries such as Australia, China, the Netherlands, Britain and Sweden also contribute to the pot of funding for journalism, it is hard to estimate how much donor money goes into the media. But all estimates indicate that it is a hefty amount. A 2015 CIMA study found that governments spent a combined US$ 400m on media support that year. In America, some US$ 150m in foundation money goes to news organizations every year, according to Rodney Benson from New York University.

Some of the large donors don’t put together figures on their total funding in the media. USAID, for example, finances media, but so do other parts of the U.S. State Department. USAID is America’s main state-funded foreign grant-making unit. Open Society Foundations (OSF), an organization financed by investor and author George Soros, is dishing out over US$ 24m in grants to media groups in 2016, but only half of that is done through a dedicated journalism program. Many private foundations don’t publish financial details about their grants.

In the past ten years, the number of private donors increased. Newly emerged players include the Sandler Foundation (the main funder of ProPublica in America), Omidyar Network of the eBay founder Pierre Omidyar, and the Bill & Melinda Gates Foundation funded by the cofounder of the PC software company Microsoft, Bill Gates.

Media outlets of all sizes from all kinds of markets and nations all over the world are taking donor funding, according to Columbia’s study, which is based on more than 70 interviews with both journalists and funders.

Thisisafrica.me is an example. The group that broke the Panama Papers story last spring, the International Consortium of Investigative Journalists (ICIJ) wouldn’t survive a day without donor funding. The New York-based investigative outfit ProPublica also owes its existence to donor money. Take the development pages on Britain’s Guardian.com: the same. Regularly, stories in the New York Times stories are funded by donors.

But while some donor-funded media outlets rant about pressures from monied foundations, the two parties in this marriage seem to be happy with their relationships at the end of the day. Donors target organizations open to their ideas and media outlets take the money to write about them. Often, journalists in these organizations handle fundraising as well. They speak with donors directly about what content they want to see. If such arrangements were to involve advertisers instead of donors, journalists would be outraged. But donors are nicer.

Funding is probably the most burning issue that independent journalism is facing. Journalists from all corners gripe about money in every industry powwow. Last week, Macedonian journalist Saso Ordanoski, the former head of Macedonia’s public TV, said in a panel at the Belgrade Security Forum that we journalists should just go into the grave and wait for our requiem.

Experts are increasingly questioning the commercial funding model for journalism that only keeps tabloid, lowbrow content alive. Victor Pickard, an American academic writing about the political economy of the media, said in a public lecture in Budapest last Wednesday that public media subsidies should be seriously considered if we want to save quality news.
However, philanthropist money won’t disappear from the media. The industry is hungrier than ever and cherishes every dollar. Media outlets from America to Western Europe to Southeast Asia pinch their pennies. Donors have money to invest. Thus, this marriage is to last.

But something has to be done to protect newsroom independence. A wall between the news side and donors should be in place, according to Mrs Schiffrin. Donors should be those to set up such mechanisms as they’re larger and more powerful.

Donors are better than many other media funders. Many major stories that served the public interest have been written thanks to donor money. Mainstream media, often controlled by mighty businessmen connected with corrupt governments, don’t do that.

As such, donor funding is not bad for journalism.

But without clear checks and balances in place, donors will become totally indistinguishable from the crowd of owners and funders who use journalism to protect their friends, name and wealth.

Full disclosure: Marius Dragomir worked for more than a decade with the Open Society Foundations, a donor organization.