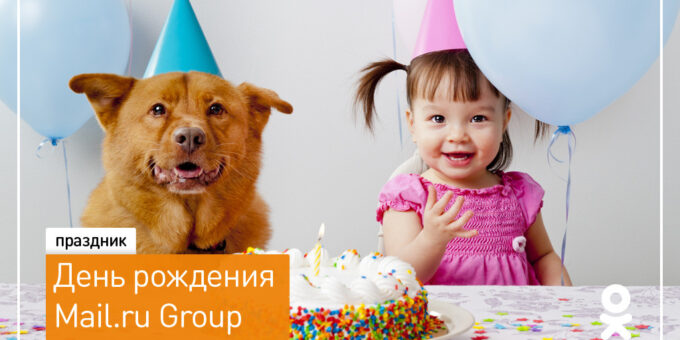 Ukrainians trust Russian media less and are more aware than ever of who controls their local media. However, they still embrace Russian social networks and watch oligarchs-owned television.

In February 2015, I interviewed a top coastguard officer in the Ukrainian city Geniches’k, which is very close to the Russia-annexed Crimea. Before saying goodbye, he gave me his e-mail address to keep in touch. I was surprised when I saw that his electronic mailbox was registered on Mail.ru, one of the leading Russian email services.

He noticed my surprise and said: “Yes, yes, I know that it [the email address] should be changed, I’ll do it at some point.”

This happened after the annexation of Crimea by Russia, the hottest stage of the war in eastern Ukraine, and in spite of repeated appeals by the Security Service of Ukraine known as SBU since spring 2014 to refrain from using Russian social networks and online services. One of the reasons is that strict anti-terrorist laws in Russia allow local security institutions to get access to a trove of online information. If you use one of the Russian internet services and platforms, it’s likely that some of the authorities in Russia can see part of what you share or do online. It’s thus surprising that even the Ukrainian military ignores this request.

However, not only troops are doing this – many people in Ukraine still resort to Russian online services.

A survey released in early October 2016 by Internews, an American NGO, says that the media situation in Ukraine is improving. The survey, run in Ukraine’s 12 regions during the years 2015-2016, found that trust in Russian media has declined, people increasingly go to the internet for news and they are better informed about who controls the country’s media. All that shows that the country is going into the right direction, Wayne Sharpe, Internews’ head in Ukraine wrote.

Indeed, consumption of news from Russian television dived from 27% in 2014 to 6% in 2016. Trust in Russian TV declined from 20% to 4% during these two years. But the influence of Russia in key segments of Ukraine’s media remains substantial.

The number of Facebook users in Ukraine increased from 27% of internet users in 2015 to 36% this year, according to Internews. However, the Russian social networks Vkontakte and Odnoklassniki still lead in popularity on the Ukrainian market with 49% and 40% of the country’s internet users, respectively. Add to that the fact that young Ukrainians, those aged below 35, are increasingly getting their news not from websites, but from news aggregators and social networks.

That is odd in a country that is officially saying that Russia is an aggressor who annexed a part of Ukrainian territory. Russian dominance in the Ukrainian media market along with high blind trust in propaganda and popularity of television as a main source of news have all contributed to armed conflict in Ukraine.

But in spite of the growing popularity of the internet, TV continues to be the main source of news among Ukrainians. TV beat internet 82% to 67% in 2016. It was a lower gap compared to 85%-64% in 2015, but still a winning difference.

One explanation could be that some parts of the Ukrainian audience may maintain their consumption habits while changing only the platform. In other words, they may still watch some of the traditional media content online. In the 1990s, people used what they saw on TV as an argument in discussions. “It’s true: I saw that on TV.” Now, you hear more, “It’s true: I read it on the internet.”

It is fair to say then that the increasing popularity of the internet may not mean that consumption is more diverse and critical in Ukraine. Concentrated and highly politicized media ownership is also part of the problem.

More than two-thirds of Ukraine’s TV audience is exposed to channels that are in the hands of politically affiliated owners, according to a study released on 12 October 2016 by Reporters Without Borders, a Paris-headquartered NGO. The biggest player in Ukraine’s TV market is Viktor Pinchuk, owner of StarLight Media. The other two major players are Ihor Kolomoyskyi, governor of Dnipropetrovsk region who controls the 1+1 Media company and Rinat Akhmetov, former MP, who’s behind Media Group Ukraine. The TV stations controlled by these three oligarchs alone command over half of Ukraine’s TV audience.

Interestingly, Internews’ survey shows Ukrainians are more aware than ever before of who owns their media. In 2015, some 45% of them said that they knew who owned their nationwide TV channels. A year later, that percentage increased to 50%.

How is it, then, that such a healthy awareness of TV ownership aligns with the still high centrality of television news in Ukraine’s households?
That is hard to say. Many media consumption trends among Ukraine’s audiences remain a puzzle. Surely though, the state of media in Ukraine is not improving as much as some might think.