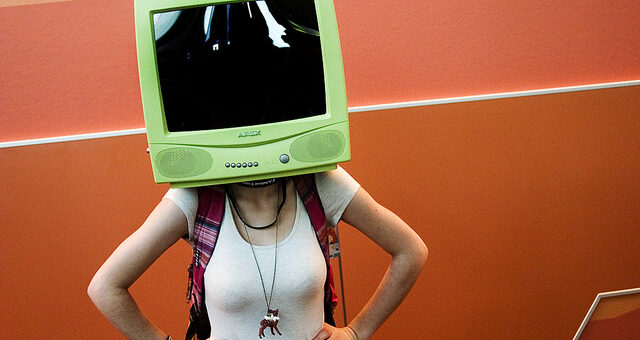 Media and journalism are changing fast and so should the media research agenda.

Analyzing the role of social media in the recent elections in America, Farhad Manjoo wrote in the New York Times on 16 November 2016 that widespread misinformation online was a “primary factor in the race’s outcome.”

I would add that some mainstream media have equally (if not more so) contributed to that outcome. Worse, some of them wholeheartedly embraced that role.

Audiences drawn by coverage of Donald Trump have just been good for the business of television. Mr Trump drove ratings up and with them ad sales. The head of CBS TV station, Les Moonves boasted last February that all that coverage of Mr Trump “may not be good for America, but it’s damn good for CBS.” On top of corporate dollars, CBS and other major TV channels pulled in hefty revenues from political advertising. The cost of the 2016 U.S. elections was expected to reach an unprecedented US$11.4bn in political advertising and media buying, a significant jump from the US$7bn in the 2012 elections, according to data from the Federal Elections Commission (FEC) released earlier this year.

There was much navel gazing among journalists after Mr Trump’s victory. But the epic fail of American journalism, as Washington Post journalist Margaret Sullivan defined the failure of journalists to properly monitor Mr Trump, is part of a bigger trend invisibly unfolding all over the world: a new power dynamics that shapes and influences independent media and journalism. It operates differently in different contexts, depending on the political regime, market and economy, social relations and local culture.
Grasping the key shifts in these new power relations is central to understanding and influencing the policy-making process. Researchers should take on this task.

Who Makes the Rules?

A critic of the hyper-commercialism that dominates American media, Annenberg School of Communication scholar Victor Pickard argues that the commercial logic of U.S. news organizations has a major impact on democracy. “Conflict and controversy attract eyeballs, and our hyper-commercialized media system cares most about what sells advertising, not what informs or enriches our democratic discourse,” Mr Pickard has recently written in Origins, a blog of the Ohio State University. But many forget that the U.S. media system is the product of years of policy decision-making, he says.

That is the case for media systems elsewhere: policy decisions influence how media systems work and what role they perform in society.

The program offering on people’s television sets is the product of a chain of decisions made by broadcast regulatory authorities. Much of the radio and TV programming is shaped by various arrangements such as contracts or informal agreements between regulators and broadcast companies. The story feed on social networks is the result of either algorithms or decisions made by people in upper or lower echelons in social media companies. Not much is known about that. Technology companies themselves often act as an alternative private regulator complementing or completely replacing state-created regulatory authorities.

Responding to the growing power of online social networks and platforms where dissent is thriving, governments step up efforts to take full control of the internet. The government of China, by far the largest owner of media holdings in the world, has developed a monitoring system that fabricates and manipulates public opinion online, according to Hu Yong, professor of journalism at Peking University.

Who Pays (or Helps Pay) the Bill?

Besides regulatory decisions, funding and ownership are key factors shaping media and independent journalism. The media industry has been ravaged by technological disruption and ailing economies. Swathes of jobs have been lost in the industry and funding for in-depth, investigative reporting has experienced massive cuts. Studies about startups and analyses of the shifts in the business of journalism abound. However, much of the discussion is geared on the reinvention of the commercial model of funding journalism.

It is the wrong approach.

Increasingly, it seems that noncommercial funding is more of the solution for quality, watchdog journalism in digital times. James T. Hamilton in his recent book, “Democracy’s Detectives: The Economics of Investigative Journalism” refers to “accountability journalism” as a public good that serves the society in ways that are hard to measure. “Charting the economic impacts of accountability journalism is hard because government policies may involve public goods that are hard to measure, because government officials try and hide their actions, and because competition drives you to new stories rather than old victories,” Mr Hamilton said in an interview with the American Press Institute.

Except for some commercially funded media outlets that still afford and are committed to investing in accountability journalism, funding from philanthropists and public coffers is becoming a more viable solution for independent journalism. Funding means power: new financing arrangements lead to new power relations between the actors interacting with media and journalism. Governments dole out generous amounts of funding to media and journalists, in various forms: state subsidies, advertising, grants or budget allocations. The Washington, D.C.-based Center for International Media Assistance (CIMA) has researched the discretionary allocation of funds by governments in a dozen countries and the media capture that leads to.

But yet to be systematically researched and investigated is the actual influence of governments, private funders and philanthropists on media and journalism. Who, and on what basis, decides to finance media and journalism? What role is policy playing in this process? Understanding these issues is likely to improve the quality of policy and professional debates about funding of media.

Who Shapes the Public Sphere?

In a book published back in 2010, free, plural and independent public communications systems were listed by Pippa Norris and Sina Odugbemi as a constitutive element of the democratic public sphere, along with civil liberties, a robust civil society and equal access to the public sphere. In another study, Mr Odugbemi wrote that this democratic public sphere is a “structural force in politics” and “a critical part of the architecture of good governance.”

Theorists such as James Curran and Nicholas Garnham argued that public service media are crucial to the very existence of the public sphere. In several countries, mostly in Europe, public service broadcasting was designed to play this role. That was a successful project in several countries such as the Scandinavian nations, Germany or the U.K. But in many other nations in regions such as eastern Europe, Latin America or Africa, they remain state-administered bureaucracies working for the government.

A study covering nearly 60 countries worldwide run by the Open Society Foundations (OSF) between 2009 and 2014 found, among other things, that public service broadcasters often perform a balancing act: they try to observe their public service remit while trying to attract new audiences.

“Success in striking this balance is limited,” according to the study.

New technologies, Mr Ignatieff said, “fragment the agora.” What are the implications of this fragmentation for independent journalism and media and who populates or occupies this public sphere in the digital age: these questions are at the heart of the debate about the new power order in the media.

Marius Dragomir is the director of the Center of Media, Data and Society (CMDS) at CEU School of Public Policy (SPP). This article appeared also on CMDS website as part of the center’s new strategy.