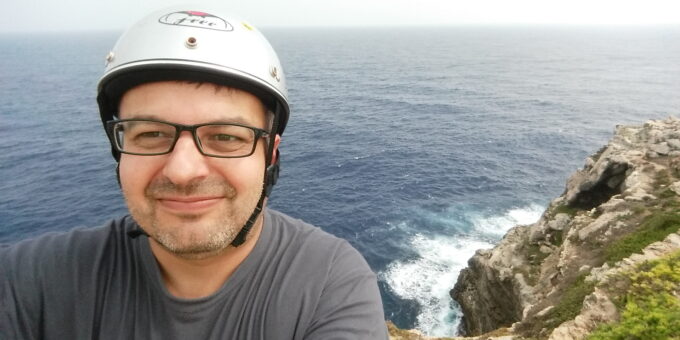 Co-founded back in 2011 by Mr Bodoky, Atlatszo is a watchdog NGO and investigative journalism center whose mission is to promote transparency and freedom of information in Hungary.

Besides investigative reports, Atlatszo (which means “transparent” in Hungarian) has built a reputation for being open to whistleblowers and for regularly filing freedom of information requests. If those requests are refused, it takes public authorities to court.

Atlatszo.hu operates a Tor-based anonymous whistleblowing platform (Magyarleaks) and a freedom of information request generator to be used by the general public (Kimittud). Through the Kimittud, over 5,000 freedom of information requests were filed in the past three years in Hungary. Atlatszo.hu also provides a blogging platform for other NGOs and independent media. Atlatszo.hu has received a spate of prestigious prizes in the past five years.

Mr Bodoky has been a journalist for two decades now, his previous stints including work at Index.hu and Magyar Narancs weekly. He was awarded a sheaf of prizes for journalistic excellence in his career.

One of the big stories that Mr Bodoky produced in his career was the coverage of police brutality during the 2006 demonstrations and riots in Budapest. In one big investigation, he tracked millions of euros stolen from the state-owned Hungarian Electricity Company by offshore companies registered in Luxembourg, Panama and Cayman Islands. Atlatszo.hu was the first outlet to expose how Hungary’s prime minister Viktor Orban channeled public funds to his home village Felcsut, or how municipalities led by the governing party strongly prefer granting public tenders to companies partly owned by the prime minister’s son-in-law. Atlatszo has won dozens of lawsuits in Hungarian courts against authorities that failed to submit public information as required by law.

One of the most recent investigations Mr Bodoky has pursued at Atlatszo.hu this year was aimed at exposing fraudulent use of European Union funds in Hungary. Atlatszo.hu’s reporters scraped the non-searchable government database of EU-funded projects and visualised it on a map where one can see all the Hungarian settlements that received EU orders and cash. The map generated a flood of information from the public about low quality, unnecessary or even non-existent projects funded with EU cash. They were then filmed by Atlatszo.hu’s camera drone team and investigated by the outlet’s journalists. Some of the stories even triggered investigations by the EU’s anti-fraud agency.

Tamas Bodoky: I started my journalistic career as a science and technology journalist, but soon realized that political corruption was a huge problem in Hungary, and the audience was expecting journalists to expose wrongdoings. I came to believe that George Orwell was right when he was saying that, “journalism is printing what someone else does not want printed: everything else is public relations.”

There was a lot of PR and very little real journalism in the Hungarian press when I became a journalist back in the mid-1990s. I started to investigate some leaks and tips that I was receiving from my readers, met whistleblowers who were pushing for publicity, and published my first investigative series about how a private company milked a state-owned one through some very suspicious and unnecessary IT-related projects.

I also started to run articles about corrupt use of state research and development subsidies. When I understood how the system works (the most typical in Hungary is the situation where corrupt businesses and individuals use political connections to gain access to taxpayers money) I became more and more involved in anti-corruption journalism. The problem is so overwhelming in Hungary that every successful article you publish about corruption brings you back a feed of dozens of new leaks, tips and story ideas, some of them worth investigating.

Tamas Bodoky: In Hungary it is definitely media ownership and political influence. Since foreign media investors mostly left the country during the last ten years, media outlets are typically run by businesses or individuals active in other sectors too, with close ties to political parties and the whole political and business elite.

Media ownership is often non-transparent. Journalists experience soft censorship (from within their respective outlets) on a daily basis: they have to avoid reporting on “sensitive” topics such as advertisers or political sponsors or allies of their employer. Since 2010 we have been experiencing a push from the Hungarian government to conquer and domesticate media: they use state resources and businesses close to the governing party to create a government-friendly media environment, pro-government media outlets are actively smearing critical journalists and media outlets.

State actors don’t respect the independence of the free press anymore, they wish to create a controlled media environment where their wrongdoings go down unexposed. Covering controversial topics has no successful business model in Hungary due to the small size and low profitability of the media market. That makes the whole media ecosystem very vulnerable to political and business influence.

Tamas Bodoky: Despite all the negative tendencies, investigative journalism is on the rise in Hungary: a lot more investigative articles are published now than 10 or 20 years ago. The main difference is the possibility to publish and reach your audience on the internet, which cannot be controlled by the local state actors as airwaves or frequency licenses are controlled. Most of the quality investigative journalism in Hungary gets published by online outlets like Index.hu, 444.hu, Hvg.hu and alike.

On the international level I see a lot of investigative nonprofits operating worldwide. The Global Investigative Journalism Network (GIJN) has 138 member organizations in 62 countries and they are adding dozens of new ones every year. These small nonprofits are less vulnerable to political and business interference or state censorship than traditional media organizations, especially in countries where the freedom of the press is limited or not happening at all.

The number of journalists taking part in international journalist networks is also rising. That is very necessary since corruption is already happening across borders along transnational networks, using non-transparent offshore companies.

Another positive development is the growing popularity of data journalism, journalists engaging in data mining or big data projects, which can shed light on otherwise unaccessible stories and connections.

Tamas Bodoky: The question would be how can one support investigative journalism in Hungary?Part of the answer is the public. We are very proud of the fact that Atlatszo.hu is more than 50% crowdfunded. That means that the audience is willing to take on financing our watchdog work. This is important because more supporters also means more legitimacy for an NGO that accepts grants from international institutional donors, but not from the Hungarian State or political sponsors.