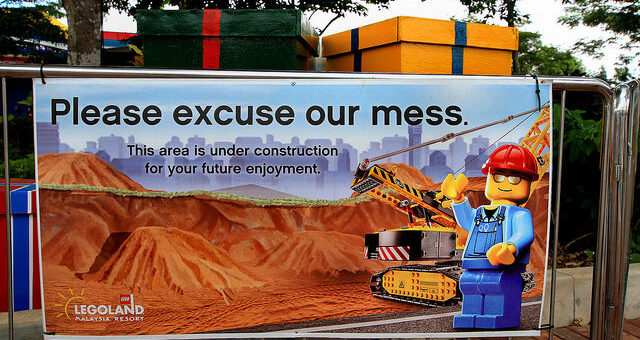 Malaysia’s embattled government has already offed most of the critical journalistic outlets in Malaysia. Now, it has a new target.

When a prime minister has US$ 700m in his private bank account, you have a story. But in Malaysia, only a few publications dared to cover it. Malaysiakini, one of the most dauntless media outlets in Malaysia, did so.

That came with grave consequences.

Steven Gan, the head editor and co-founder of the online portal Malaysiakini, was charged on 18 November 2016 for “offensive” content in two videos aired online by the portal’s sister company, KiniTV. Local observers said that the move was aimed at spooking critical voices before an antigovernment demonstration that took place the following day in the country’s capital city Kuala Lumpur. The protest was led by a local group of foursquare pro-democracy activists.

But the charges against Mr Gan are part of a much bigger game. The country’s government has been feverishly clamping down on a wad of critical media in the past two years. Those who couldn’t be brought into line have been rubbed out one by one. Malaysiakini is probably the last credible independent news site still breathing.

Now, Malaysia’s prime minister Najib Razak is hell-bent on weeding them out, too.

When Did Press Conference Become a Crime?

At the heart of the scandal is the Malaysian state fund 1MDB through which an international scheme of embezzlement and money-laundering was concocted. Cash from the fund was allegedly tunneled to finance the lavish lifestyle of a legion of public officials.

Traces of it were found all over the world. 1MDB money even came close to actor Leonardo DiCaprio. The cash was allegedly funneled through his charity foundation to finance Mr DiCaprio’s movie The Wolf of Wall Street. The actor said that he would return any cash found to have originated in 1MDB.

Mr Najib, who launched 1MDB in 2009 with the declared goal to build Kuala Lumpur into a major financial hub, denied any wrongdoing.

The charges against Mr Gan stunned independent journalists and media observers in the region. The videos that triggered the prosecution (one in English and one in Bahasa Malaysia) were recordings from a press conference. Premesh Chandran, Malaysiakini’s other co-founder and its chief executive, who was abroad when Mr Gan was summoned to court, called the prosecution “unprecedented.” No Malaysiakini journalist has been charged for a news story in the outlet’s 17-year history.

The court, a newly formed cyber crime court, found the videos “offensive.” Mr Gan pleaded not guilty. He risks a fine up to MYR 50,000 (US$ 11,200) and maximum one year of slammer time; or both. The court is to reconvene next January.

Mainstream Malaysian media are practically captured by the government. Most of them, including newspapers such as the New Straits Times and Utusan Malaysia, have ownership links with the ruling coalition. Utusan Malaysia, in fact, is directly owned by United Malays National Organisation (UMNO), the ruling party. Utusan’s reporting mostly reflects the party’s interests.

Media Prima, the largest owner of media assets ranging from the popular TV3 channel to several radio stations to three newspapers including the most widely read paper, the Malay-language tabloid Harian Metro, also has ownership links with parties from the ruling coalition.

In the 2016 World Press Index from the Reporters Without Borders (RSF), an NGO, Malaysia is ranked 146th in a total of 180 nations. Myanmar, Thailand and Cambodia all fared better. Only Singapore in the Southeast Asian region lagged behind, on the 154th position. Malaysian government scorns the ranking, saying it is biased by western interests.

The internet thus remains the only space for critical articles in Malaysia. But that is changing now, too.

The Sarawak Report, founded and run by British journalist Clare Rewcastle-Brown, has been blocked in Malaysia since summer 2015. The site has undauntedly reported on the 1MDB saga. When Ms Rewcastle-Brown took her journalism to the U.S.-based publishing platform Medium, the Malaysian government blocked that, too. Last March, another news site that poked its nose into the 1MDB muck, The Malaysian Insider, was forced by the government to fold.

Now, Malaysiakini could be next.

The government’s recent attack on Malaysiakini could be also part of government plans to call for snap elections in 2017. The next general election in Malaysia is officially scheduled for mid-2018, but Mr Najib and his supporters believe that an election would serve the government better now than in two years as opposition is still divided, according to several journalists and political observers in the region. Elections could be held as early as March next year, according to some of them.

That could explain the sudden decision of the government to browbeat Malaysiakini. Co-founded by Messrs. Gan and Chandran back in 1999, Malaysiakini is one of the most successful independent journalism businesses in the region. It used profits in recent years to expand its operations.

But beating the Malaysian judiciary, closely controlled by the government, is an uphill battle for any media outlet in the country, especially when you’re almost alone.

For Mr Chandran, the solution to staving off government pressures is in social media, including chat apps like WhatsApp that “help people connect faster.” That makes censorship difficult, he said.

The galloping growth of internet penetration in Malaysia helps. Nearly three quarters of people in Malaysia, a country of some 30 million, were using the internet in 2015, according to World Bank data. Most of them are youth, a generation that is audaciously opposing the government. They took the lead in the spate of antigovernment protests held in Malaysia during the past year.

For decades, students in Malaysia have been barred from participating in politics. In a 2013 report from the Commonwealth Youth Programme (CYP), an international development agency, Malaysia was ranked 47th among the 51 Commonwealth nations canvassed by the survey when it comes to participation in politics. Only a couple of sun-baked Caribbean islands, Tanzania, Brunei and Maldives scored worse.

But the government pressure on media and journalists remains a big problem. That doesn’t intimidate Malaysiakini.

“We won’t change our reporting style because of it,” Mr Chandran affirmed.