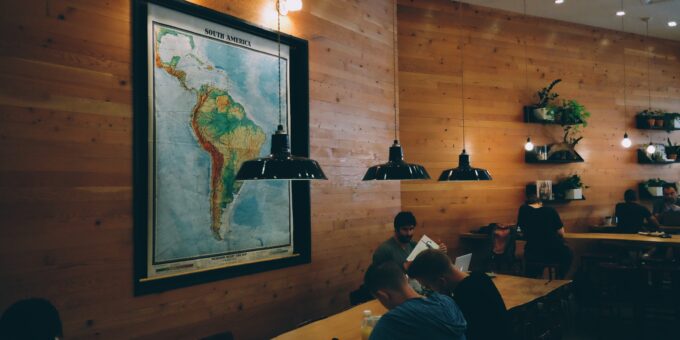 Today, we released the Facebook Index Latin America, which ranks news media platforms from Latin America based on the number of Facebook followers compared to the size of their market.

In spite of high inequality and rampant poverty, which further contributed to the widening digital divide in Latin America, the internet has experienced accelerated growth. Some 55% of the inhabitants of Latin America used internet in 2015, according to the Economic Commission for Latin America and the Caribbean (ECLAC), a UN agency.

The growth is slated to continue. In Brazil, the country with the largest single audience for social networking in Latin America, the social media user base is forecast by eMarketer to reach 100 million by 2018. Nearly 73% of Argentinians are expected this year to use Facebook, the most popular social media platform in the country, according to eMarketer.

The social networks market has expanded at a fast pace in recent years. It has particularly made inroads in Brazil and Mexico, the two most populous countries in the region, with more than 206 million and 119 million people respectively. They also have the largest audience for social networks by number of subscribers, particularly on Facebook. More than half of the people in these two countries, which is more than 170 million people combined, are Facebook users, according to data from our Facebook Universe.

However, when it comes to the actual penetration rates, the percentage of Facebook users in the total population, four countries lead with more than 60%: namely Uruguay, Chile, Argentina and Ecuador. Internet usage continues to be driven by economic development; and the use of Facebook is closely linked to internet access. As expected, Central America continues to lag behind. At the bottom of the heap we have Guatemala, Nicaragua and Honduras, with Facebook usage rates of under 40%.

When it comes to the actual number of Facebook followers, Brazil and Mexico lead, mainly thanks to their massive populations, and Argentinian media outlets follow.

It is followed by Argentina’s TKM, with almost 7.2 million followers. TKM’s content is geared mainly on entertainment. Its success could be explained by the fact that as of 2014, it began to cover Mexico and Brazil.

The third most popular news media on Facebook in Latin America is UOL, one of the first news websites launched in Brazil with a history harking back to the late 1990s. Its focus is on entertainment and information about services, but it also publishes articles about politics, economy, health, technology and sports.

However, probably the most successful, non-mainstream, news media outlet on Facebook in Latin America is Aristegui Noticias, a progressive political news website spawned and led by Mexican journalist Carmen Aristegui. She was fired in March 2015 from Noticias MVS following heavy censorship of her critical coverage of Mexico’s president, Enrique Pena Nieto. Ms Aristegui’s own news outlet, the fourth most followed on Facebook in Latin America, is now in a much better nick than its former employer. It attracts in excess of 5.4 million followers more than Noticias MVS. It also beats by millions of followers the two key TV stations in Mexico, Televisa and TV Azteca. On 16 January 2017, Aristegui Noticias launched a live news webcast show. The inaugural show became a trending topic on Twitter.

Mainstream media follow next. They include the Brazilian newspapers Folha de S. Paulo and O Globo, Argentina’s Diario Clarin, a daily published by the dominant Clarin group, and Televisa TV of Mexico, a mogul-controlled station that is reaching out to audiences across the region. Proceso, the most prominent political weekly magazine in Mexico, follows Televisa Noticias in the top ten Facebook powerhouses.

But when it comes to the actual reach on Facebook in comparison with the national audience, which is what the Facebook Index measures, media outlets in small countries fare much better than the Latin American colossuses. The leader is La Prensa newspaper in Nicaragua, with an enviable reach of 57.4 followers in 100, followed by El Pais of Uruguay and Diario La Prensa in Honduras. These are, in fact, the sole three outlets identified in the region that reach more than 50 in 100 Facebook followers.

Generally, Latin American news media has a strong Facebook presence. A total of 50 outlets score more than 10, which is a healthy performance compared to other continents. But nearly half of these well-performing outlets hail from five countries, four of which are small Central American markets. That shows that social media audiences are less fragmented in smaller nations due to a lower number of competing parties.

But the skill of news outlets to lure readers on social media matters as well. In El Salvador alone, a country of 6.15 million, seven news media including La Prensa Grafica, Noticiero Hechos or El Faro boasts more than 10 followers in 100 Facebook users in their country.

The Index aims to cover all major news publishing outlets registered as such on Facebook. According to the Facebook categorization, these platforms are registered either as “media/news company”, “media/news/publishing” or “news/media website”.

Therefore, during our monitoring, we are scoping the field to identify also these platforms.We use local experts as well as consultancies such as the online intelligence companies Meltwater and Socialbakers to verify the data and publications included in the Index.The Facebook Index measures the reach of news media in the Facebook Universe by comparing the followers base with the total number of Facebook users in a given country.

Essentially, the Facebook Index shows you how many people media and news platforms reach in 100 Facebook users. We published the list of the news platforms with a score of at least 2.

In Latin America, the Facebook Universe totaled over 320.6 million users in December 2016. Over 450 news and media platforms are being monitored in Latin America as part of this index.

Do you know of any news and media platforms not covered by this Index? Tell us.