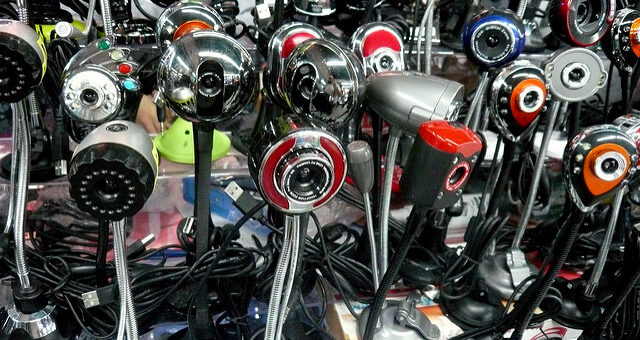 China has traditionally been a masterful manipulator of public opinion. It has finally perfected a system to weed out dissent on the internet, too.

Days before the inauguration of the American president-elect Donald Trump, bosses at Chinese media outlets received a list of instructions about how to cover this event. Journalists were ordered to use only reports written by the country’s central state media. The idea was to belittle the investiture of the boisterous American president, who has repeatedly pledged to abandon America’s “One China” policy, a promise that is irking the Chinese upper crust.

That is not unusual in a country where the media operates under the watchful eye of the state censorship machinery. Censorship is the norm in China. Directives on how to cover events and issues are common among China’s media and journalists.

In order to keep critics aligned, though, Chinese authorities have gone much further: they have turned monitoring of public opinion online into a round-the-clock industry. Its goal is to neuter the very object of monitoring: public opinion.

The year 2016 has undeniably marked a watershed in the history of global media and its relationship with public opinion. The recent emergence of a public opinion manufacturing industry in China is a big part of that; and not much has been written about it.

This system of controlling people’s thoughts is known in China as yuqing; its closest translation would be “public intelligence.” China has had a long-standing tradition of “guiding” and “channeling” public opinion towards what the country’s leadership sees as a correct point of view. They do that through a smoothly run, government-controlled information management system.

“While yulun is regarded as flood and monsters that must be controlled but never unleashed […] yuqing is a native Chinese concept. It is a product of public opinion control in the Internet age,” Mr Hu wrote. He explains that yuqing, which operates as both a sanctioning and screening mechanism of yulun, was “originally developed to serve the ruling elites’ need to understand public attitudes and sentiments on the ground in order to solve social problems for the purpose of maintaining social stability.”

But gradually, this mechanism has become a system of organized control of public opinion, “a standard Party and government practice to contain and even eliminate public opinion.”

Mr Hu said during a lecture last November in Budapest that the year 2003 became a turning point in online public opinion. That year, the severe acute respiratory syndrome (SARS) epidemic prompted millions of Chinese people to flock to major news portals, forums and microblogs to express their disappointment with the government’s mishandling of the disease outbreak. That not only forced the mayor of Beijing and the minister of public health to resign but prompted state authorities to start developing an internet information system aimed at regaining control of public opinion.

This has led to the “parallel development of both carefully controlled public opinion and limited media reforms,” according to Mr Hu. A raft of new laws were introduced, technical barriers to free speech such as firewalls were created and media distribution networks were re-centralized.

So, how does the yuqing industry in this whole public opinion control machinery?

Since the Party is the biggest consumer of the yuqing services, it has naturally established its own monitoring centers. However, as a result of its peculiar nature, the yuqing information system has gradually become a highly efficient form of manipulation. It does so by essentially fabricating online public opinion through rapid suppression of negative opinion and dissenting voices on the internet.

What the government’s specialized departments and the players in the yuqing industry do is essentially kill the plurality of public opinions on China’s Internet.

When “the seemingly objective and scientific” yuqing researchers analyze the data again, they see a “clear and bright cyberspace” since negative opinions have been wrung out from the Internet. Hence, this industry, in its current form, not only creates a distorted image of public opinion, but also brushes off the real issues that the Chinese public articulates and expresses.

As a result, even though the average Chinese internet user can now have access to more information, their real feelings and opinions, the true tensions between the state and the society, and the real concerns of Chinese people remain unsaid or buried.

Ironically, western services are part of China’s efforts to build this system. Google Analytics, a service provided free-of-charge by Google, is extensively employed by the yuqing industry, according to Timothy Libert and Maria Repnikova, two University of Pennsylvania scholars. They wrote: “Although Analytics is a free service, it pays for itself by giving Google vital knowledge about an individual’s interests, allowing Google to build digital dossiers on countless Chinese users.”

However, Mr Hu warns that the yuqing service is going to lose value. “With fewer clusters, gaps, peaks and outliers, there will be no early warning sign of future instability, which will ironically decrease the value of the yuqing industry itself,” he wrote in his paper.

However, even if yuqing services will be worth less, the mass consent this industry is building is a truly priceless commodity for a government that abhors dissent more than anything else.