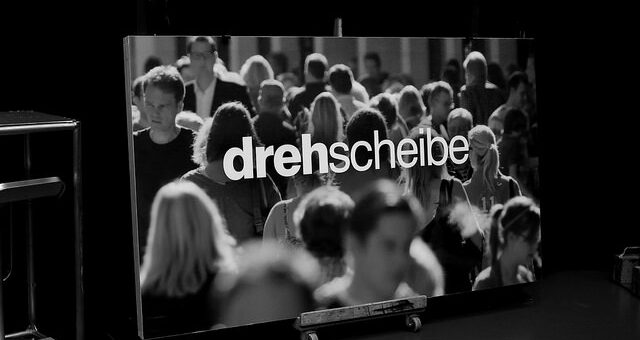 Sieglinde  Baumert, 46, from the small town of Geisa, in the German region of Thuringia, last year became the first person ever sent behind bars for failing to pay the license fee. This is a tax that all German households are obliged to pay to finance the country’s public service media, namely the TV channels ARD and ZDF, and the German radio.

Ms Baumert was sentenced to six months in prison. In April last year she was released from jail after two months, as the German public broadcaster dropped the case against her.

Increasingly, Germans are caterwauling about legal provisions forcing all households in Germany to pay €17.50 (US$21) a month to keep the country’s radio and TV in business. They say that they should be free to decide what media they want to fund. In 2015, the agency collecting the license fee in Germany issued over 25 million warnings to households who failed to pay this fee, an increase of about 20% compared to the previous year.

But Germany is not an isolated case. Controversies over the funding of public media are rife elsewhere.

In the Stasis Chamber

Funding for the public media declined in 2015 compared to the year 2011 in some 40% of the countries part of the European Broadcasting Union (EBU), a club of public media organizations, mainly from Europe. In concrete terms, public media budgets saw a combined cut of approximately €1.78bn (US$1.87bn).

Public media organizations are predominantly publicly funded. In 2015, over three quarters of the public media budgets in the EBU area came from public sources. The license fee, like the tax that Ms Baumert didn’t want to pay, remains the main source of cash for public media. Over two-thirds of the total funding in the EBU area was generated through the license fee in 2015. People had to pay this fee in more than half of the 56 EBU countries, which includes all of Europe, some countries from the former Soviet Union and some of the Middle East and North Africa (MENA) region.

In 2015, the operating revenues of public media in the EBU area were a combined €36.2bn (US$38.1bn), an increase of nearly 2% against the year  before. But, EBU is warning, the funding of public media has contracted over the past five years or so and is tending to stagnate.

The financial stasis has many negative consequences on public media programming. The EBU argues that a whole range of services is being jeopardized by the cuts – they claim that public media offers a cheaper service than commercial operators, a burgeoning media sector that is winning over hordes of subscribers across Europe.

For example, in 2015 a household paid over €7 per month on average to finance public media in the EBU area. Cable operators in the European Union (EU) charged their clients a hefty €29 for access to their platforms that year. The video on demand platform Netflix from America charges €8 a month in the EU.

But there is more to public media than funding. Political pressures continue to harm the reputation of public service broadcasters in many countries, driving audiences away and increasingly prompting people to question the public financing arrangements for these institutions.

Last year, public media was again embroiled in a series of political scandals. In Poland, a new government instated after the October 2015 elections reshuffled the management of TVP, the country’s public service TV. Journalists critical of authorities were pushed out. The station’s newscast changed course and became overtly pro-government.

A study released last December by the South East European Media Observatory, a consortium of civil society groups, slammed the political grip on public media in eastern Europe. “The situation of public service media displays every major problem of the media sector in the region,” according to the report, which covered nine eastern European states, mostly from Western Balkans. It goes on stating: “Public service media have never learned to respect the people.” The study also gives examples of public broadcasters involved in dodgy deals with public funds and “murky” methods of acquiring programs.

The consequences on viewership are dire.

Public broadcasters are badly bleeding viewers, particularly in eastern Europe. TVP’s evening newscast lost 750,000 viewers in the first half of 2016, a fall of nearly 20% since TVP was taken over by the Polish government stooges who took the helm of the station in January 2016. BNT, the public broadcaster in Bulgaria, had a discomfiting audience share of 4% in April last year.

In Western Europe, public service broadcasters have defended their position chiefly thanks to their solid news output. Public media in countries like Finland and the United Kingdom have been praised for their unbiased news coverage. Media experts in Germany argue that there is a need now more than ever for well-founded journalism, which only public media can provide in some countries. They say that the public backlash against the license fee in Germany has been driven by populist parties that don’t like the bold coverage of the public broadcasters. The right-wing Alternative for Germany (AfD) has lambasted the public media, calling them “propagantainment.” They want to put paid to the public financing of German public media.

But even in some western countries, public media come under fierce critical scrutiny, and for good reasons. Last year, a number of media experts kvetched about the slanted coverage of the British public broadcaster BBC, otherwise a paragon of independent journalism and high-quality programming, the distinct marks of the ideal public service media. A study issued in summer 2016 browbeat the BBC for its “consistent bias” in covering the crisis in the Labour Party after the Brexit vote.
As these broadcasters are paid from the taxpayer’s pocket, criticism is only likely to intensify.

All this is only going to further irk taxpayers and erode into the reputation of public media. To avoid oblivion, or worse, public media is going to have to finally change.