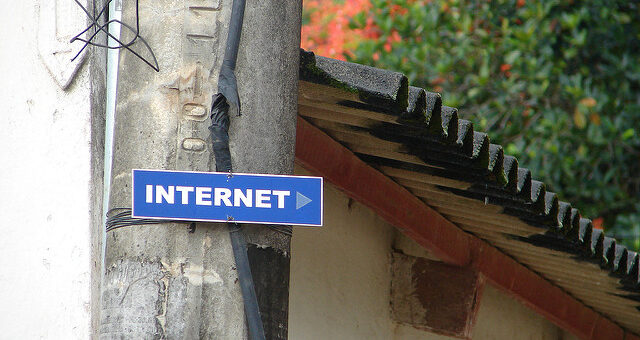 Fast growth in connectivity and use of the internet in nations such as Myanmar, Malaysia and Algeria is all good news for independent journalism; and bad news for autocratic, corrupt governments.

St Kitts and Nevis is a small duo of islands in the Caribbean with a population of a mite under 55,000. That doesn’t include tourists, whose number is always higher than the local populace. The country rarely features in international news. When it does, it’s mostly the topic of travel articles and tourism fairs. The local bromide is “Rush Slowly.” That’s what visitors are advised at all times during their holiday in the islands.

But life on the islands is not that slack. Political brawls and politicians evicted from parliament, suspicious deals with money from the local treasury and the role of the country in a controversial citizen-by-investment program were just a few of the peppery stories that made it into the local media this year.

Now, the country is grabbing international attention thanks to technology. St Kitts and Nevis boasted the fastest jump worldwide when it comes to internet use, according to a report from the International Telecommunication Union (ITU), a UN agency. It jumped 32 places between 2015 and 2016. The country’s internet usage exceeded 71% last year, some 27 percentage points higher than the average net use across the Caribbean.
But St Kitts and Nevis is an isolated case in the ITU’s latest rankings. The countries with the fastest growth in internet and mobile access and use include several nations where independent journalism is struggling. The spread of connectivity there can only be good news for media.

Take Myanmar: the country, which appointed its first civilian leader in March 2016 after more than 50 years of iron fist military rule, is revamping its media sector, but progress is slow. A slew of state-run newspapers receive fat subsidies from the government, massively distorting the young media market. The country is yet to adopt a solid legal framework that would retool the media system.

Although it was still lagging behind many other nations, with the 144th place out of 175 economies, Myanmar jumped up 15 ranks  last year in terms of access, the fastest growth in the world. In terms of use, it came second after St Kitts and Nevis with an improvement of 17 ranks. Much of this growth was fuelled by a new telecommunications act from 2013 that opened the telecom market. The telecom groups Qatari Ooredoo and Norwegian Telenor launched operations in the market in 2014. Some 80% of mobile phone users use smartphones, according to Ooredoo.

ITU ranks the countries using what they call the ICT Development Index (IDI), a composite index mixing a total of eleven indicators. The three areas canvassed by the ITU’s analysis are digital access, use and skills. ITU measures countries by indicators such as mobile and computer penetration, percentage of individuals using the internet and digital literacy rate.

Malaysia is another notable example. It was the fourth fastest growing economy in terms of internet and mobile use in 2016. It climbed 15 ranks up to position 46, ahead of most of the nations in Southeast Asia. Malaysia has been rocked for years by a corruption scandal involving its prime minister Najib Razak. The government has already annihilated most of the independent media in the country in a move to squelch independent, critical coverage of the government actions, in particular this corruption case, which has far-reaching ramifications.

Most dynamic countries by access to and use of information technology, 2016

Algeria is yet another example. It appeared last year among the ten fastest growing economies in both access and use. It was ranked third in terms of access thanks to a rise by seven positions. Algeria made headlines last year when attacks on its journalists intensified. Two journalists were arrested last June for broadcasting two satirical TV shows. In the 2017 Freedom in the World Index, published by the Washington, D.C.-based NGO Freedom House, Algeria was featured among the “not free” countries. In the 2016 Press Freedom Index done by Reporters Without Borders (RSF), a Paris-headquartered press freedom group, Algeria was ranked on the position 129 out of 180 countries monitored.

Myanmar and Algeria still have to make significant progress before the internet becomes a powerful platform for independent media. Their internet use rates in 2016 were under 20% and over 37%, respectively. But in Malaysia, nearly 70% of people are connected and use the internet, which is a healthy connectivity rate.

Authorities in some of these countries have been preparing for that. The Malaysian government has offed most of the independent media. Only one is still standing, Malaysiakini, an online news portal.

In spite of all the ground authorities in these places have gained in recent years, though, rapidly rising connectivity will most likely make their fight with independent media much more difficult than ever before.