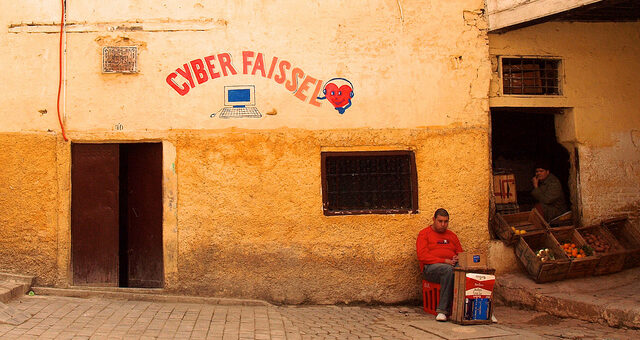 Today, we released Facebook Index Africa, which ranks Africa-based news media according to how much of the local Facebook markets they control.

Big Boys on the Block

The African Facebook market is highly concentrated. Unlike other continents, Africa has a fair amount of dominant news outlets. More than 100 news outlets in our Facebook Index reach at least ten readers in their national market. The continent also boasts ten news media platforms with a score of over 50, meaning a reach of over half of the Facebook population in the markets they’re targeting.

Such dominance on Facebook local markets is arguably the result of the slow spread of internet coverage on the continent. Only five nations in Africa – Kenya, Mauritius, South Africa, Nigeria and Senegal – have internet penetration rates higher than 50%. More than half of the 46 African countries struggle with net connectivity of under 20%.

All this makes investors lukewarm towards spending on online news media. It also discourages established news media from investing time and money in their internet operations. Thus, the lone wolves have their Facebook for themselves, at least for now.

For example, in Botswana, The Voice leads with an index of over 85. Two other mainstream outlets, MMEGI and Botswana Guardian Newspaper, follow in the Botswana market with indices of 50.6 and 29.5, respectively.

The next largest news outlet after these three news players has a meager index of less than three. In Mali, a much less developed economy, Bamako Bamada leads with an index of over 22, its next competitor having an index of only 7.2.

Expectedly, the news outlets with the highest number of Facebook fans in Africa come from the continent’s populous markets. News24 of South Africa, a generalist news site in English founded by Naspers, leads with over five million followers. Two news outlets from Nigeria, the lowbrow rumor toaster Gossip Mill and the aggregator NAIJ, come next with 3.9 and 3.3 million followers, respectively.

The 26 news outlets with more than one million followers in Africa hail from six nations, five of which are among the countries with the largest populations on the continent. Nigeria and Kenya lead with 11 and 7 news outlets, respectively. They are followed by Ethiopia, Tanzania and South Africa. The only country that somewhat doesn’t fit this pattern is Senegal, only the 22nd most populous country in Africa, which has a media outlet, Seneweb, that has more than one million followers. Established in 1999, Seneweb is chiefly catering to the Senegalese community, but has also become popular in Africa’s Francophone community.

But, as elsewhere, big numbers don’t necessarily translate into healthy reach. News24 in South Africa may boast millions of followers, but its local reach, as expressed in our Index, is below 36 readers per 100 Facebook followers. That placed News24 at a distant 32nd place in the Facebook Index Africa. The other two popular sites, Gossip Mill and NAIJ, are only in 55th and 63rd places.

Among the news media with high numbers of followers, only DireTube.com, an Ethiopian video-sharing news site, and Seneweb enjoy a healthy reach on their national markets as well. They come fifth and ninth in Africa Facebook Index with indices of 56.6 and 50.7, respectively.

In contrast, players in smaller markets do better in covering their local audiences. Africa’s leading news outlet is The Voice, a newspaper in Botswana, a country of 2.2 million, a third of whom are online and most of them Facebook subscribers. The Voice is a publication that combines tabloid fare with solid investigative journalism. It has also become known for its closeness to the country’s marginalized communities.

The Voice is followed by NewsDay, a tabloid newspaper launched in the year 2010 in Zimbabwe. This is a country of 14.5 million, much more populous than neighboring Botswana, but still smaller than African colossuses such as Nigeria with its 186 million and Ethiopia with over 102 million.

Africa is still lagging behind other parts of the world when it comes to online news media. Part of the reason is that the internet penetration across the continent is growing at a painfully slow speed.

Yet, Africa sports a huge potential for development of news operations on the internet. In some countries, visionary and progressive outlets have built a strong position in the market. Future entrants will have a hard time shaking the dominant positions built by the two to three major players in countries such as Zimbabwe, Zambia, Botswana or Mali.

A market to watch short-term is Malawi.

On the other hand, competition on some of the big African markets such as Nigeria and Kenya, is likely to intensify. They already boast high internet coverage and growing competition between news outlets online. One of the advanced markets to watch is South Africa: the Facebook market there shows significant opportunities for existing and new players to build bigger and more loyal follower bases.

A market to watch short-term is Malawi. In spite of its low internet penetration, of 6% or so, its has a vibrant Facebook community that is growing fast. The Facebook space, now occupied by a few mainstream players, is a ripe ground for fresh ideas and new platforms.

The Index aims to cover all major news publishing outlets registered as such on Facebook. According to the Facebook categorization, these platforms are registered either as “media/news company”, “media/news/publishing” or “news/media website”.

The Index also covers those platforms registered as TV companies or TV channels, as they also qualify as media and news websites. Platforms registered as radio stations in Facebook categorization were not included, as most of them don’t qualify as news platform operators. We included only those radio stations that are run as part of online news platforms.

We are aware that some news operations are not registered as such. Therefore, during our monitoring, we are scoping the field to identify also these platforms.We use local experts as well as data from consultancies such as the online intelligence companies Meltwater and Socialbakers to verify the data and publications included in the Index.

The Facebook Index measures the reach of news media in the Facebook Universe by comparing the followers base with the total number of Facebook users in a given country. Essentially, the Facebook Index shows you how many people media and news platforms reach in 100 Facebook users. We publish only the list of the news platforms with a score of at least 2.In Africa, the Facebook Universe totaled over 77.4 million users in January 2017. Over 350 news and media platforms are being monitored in Africa as part of this index. The Africa Index doesn’t cover North Africa region, which is included in our Middle East and North Africa (MENA) Index.

Do you know of any news and media platforms not covered by this Index? Tell us.