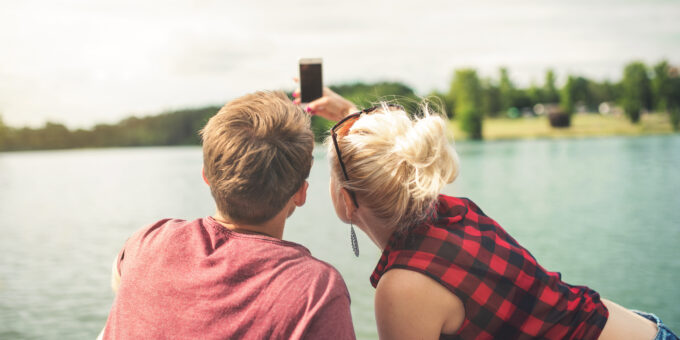 Internet companies and telcos are not particularly good at disclosing policies on freedom of expression and privacy. On a long-term basis, this could dent their sales.

Last summer, as electoral debates were heating up in America, anti-Hillary voters in possession of iPhones could find a facetious method to vent their fury against the Democratic candidate for how negligently she handled her emails. HillAwry, a game developed by John Matze from Base10 company, was made available by Apple on its iPhones. The goal of the game was “to collect as much money through email donations as possible while maintaining a decent approval rating in the polls.”

Andrew Breitbart, the ardent conservative media entrepreneur, was elated by Apple’s decision. He claimed on his online news portal that his report prompted Apple to eventually accept the game in its store. Apple had rejected it before, saying that it had found it “offensive.”

But whether Mr Breibart or his story had a say in the decision is hard to say. In fact, it’s hard to say in general how Apple decides what apps to accept in its digital store simply because they don’t share such information with their clients; and Apple is not alone.

“The Apple App Store, Google Play Store, and Samsung Galaxy Apps store are chokepoints for freedom of expression,” according to Ranking Digital Rights, an index on corporate accountability released last month. It ranks 22 of the mightiest internet and telecom companies in the world.

But are smartphone users hagridden not knowing how these companies decide what to offer them? Not in the short term, but if evidence mounts that their freedom of choice is limited and the digital market becomes more competitive, sales of internet and telecom companies might be affected, according to telecom analysts consulted by MediaPowerMonitor.

Stories about the lack of information on how committed companies like Apple or Samsung are to privacy and security don’t really influence users’ buying decisions. Apple, for example, has faced serious breaches of customer data before and that hasn’t led to declines in sales. Very often, customers don’t even know what they should be worried about, according to experts.

In other words, the fact that Apple’s commitments to privacy and security are not spelled out in their policy documents doesn’t really irk phone users.
On the other hand, most of the large internet and telecom companies pay attention to all these assessments and know that well-founded data can raise questions among their customers.

Some of the Ranking Digital Rights findings can affect the business of the companies canvassed by the index, according to Nathalie Marechal, a senior fellow in information controls with the project. “That is certainly part of our long-term theory of change,” she said. “We know from the experience of consumer rights groups that this kind of public evaluation of companies and products can lead consumers to vote with their money.”

Moreover, all companies canvassed in the ranking are floated on the stock exchange. Such assessments can indirectly hurt their share price. “We work with members of the responsible investment community to put pressure on companies through their shareholders,” Ms Marechal said.

On 23 March 2017, the day the index was launched, Apple’s share price dropped only slightly from US$ 141.26 at the opening to US$140.92 on Nasdaq bourse. It has grown since then, however, more unflattering assessments could change that.

The Ranking Digital Rights index found that company disclosure is poor across the board. “Most of the world’s internet users lack the information they need to make informed choices,” according to the report. Apple and Samsung scored particularly bad with scores of 35 and 26, respectively.  Only Tencent and Baidu of China and the Russian Mail.ru are worse. The index is based on indicators in three categories: governance, freedom of expression and privacy.

Google’s Android is better than all its peers analyzed in this study. Nonetheless, no mobile and internet company provided sufficient information to enable users and developers of applications to fully understand how these apps reach their phones.

Ms Marechal explains that the findings of the study do not indicate at all that an iPhone is better than a Samsung phone. The index measures what companies disclose to their users. “It’s not based on technical testing of security features,” Ms Marechal said. “The fact that Google scores higher than Apple on privacy is a testament to how opaque Apple is overall.”

In the opinion of the index’s researchers, Apple could easily beat out Google on privacy if the company added key details about its existing privacy policies such as a public log of changes to its privacy policy or the option for users to view, modify and delete data that Apple holds about them. The difference between Apple’s and Google’s scores is mostly a result of Apple’s poor performance on governance and freedom of expression.

At the same time, being a global ranking, the index isn’t really comparing many direct competitors against one another. The Ranking Digital Rights team, however, encourages third parties to use the index’s methodology to evaluate other companies, including those that compete directly against each other. Some non-governmental organizations in Latin America and the Middle East work on such projects.

When more studies come to light, pressures on internet and telecom operators will probably make them stop keeping their customers in the dark.