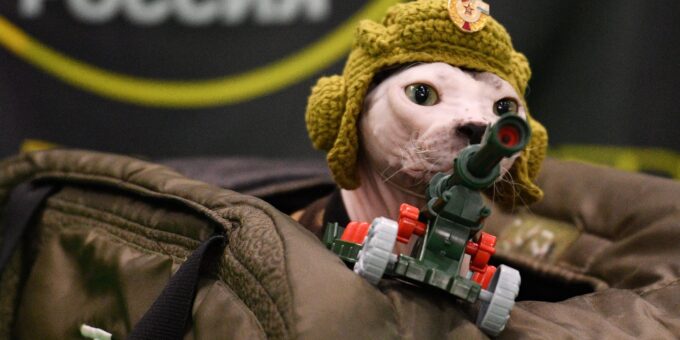 For ten years, the Russian government has built media across eastern Europe. They are becoming a fearsome player in the region’s media market.

Last March, far-right British activist Jim Dowson told the Guardian that the website Patriotic News Agency, which he had launched in July 2016 to spread pro-Trump propaganda, has bases in Hungary and Serbia. He said that other such platforms are also based there.

Mr Dowson is an avowed Vladimir Putin fan known for his caustic criticism of the European Union and immigration in Europe. Back in the day, he financially supported the British National Party (BNP) and used to be a member of the anti-Muslim movement Britain First. Patriotic News Agency became known for its pro-Trump hoaxes. In one of them, he linked Hillary Clinton, the adversary of Donald Trump in last year’s American elections, to Satanism and pedophilia.

However, Mr Dowson is only a small part of the pro-Russian supporting camp. The Russian government has, in the past five years or so, stepped up its own efforts to establish media outlets across eastern Europe, becoming a strong player in the region’s media markets.

The budget of the Russian propaganda machinery is estimated to reach US$1bn a year, according to Lorant Gyori, analyst with Political Capital, a Budapest-based think tank.

One of the fast-growing news portals with Russian backing in the region is Sputnik. Sputnik launched operations in Serbia in 2015. It operates a news portal and a radio program in Serbian that is available on local radio channels across the country. On top of that, RT, Russia’s international TV news channel in English, is available on Serbian cable.

The Russian government established Sputnik News back in 2014 as a brother organization of RT. Sputnik has since opened offices across the world.

But besides the Sputnik-RT group, Russia has been investing in a slew of other local operations in Central and Eastern Europe. Such is Baltnews, a chain of three Russian-language news sites operating in the three Baltic countries: Estonia, Latvia and Lithuania.

What appears as a locally controlled operation is, in fact, another Russian government shop, according to an investigation from Re:baltica, an investigative reporting outlet launched more than five years ago with cash from the American government. It now draws its finances from private donors and embassies.

According to Re:baltica, Baltnews has ownership links to the Russian government-controlled conglomerate Rossiya Segodnya, which controls Sputnik News. Re:baltica wrote that the three Baltnews portals are registered to the address of Media Capital Holding, a company officially residing in a small building in Hilversum, a town of some 90,000 souls in the Netherlands. Media Capital Holding was incorporated in 2013 with a core capital of €1. Its owner is Media-Kapital, a firm registered in Russia, which is connected through ownership links to Rossiya Segodnya.

Moreover, the heads of the three Baltnews offices have ties with Russia. Andrey Yakovlev, the chief-editor of the Latvian branch, is a former correspondent of the Russian channel Rossiya, formerly known as RTR. Aleksandr Kornilov, head of Baltnews in Estonia, is a Russian citizen who was detained last year on document forgery suspicions. Anatoly Ivanov, who heads the Lithuanian Baltnews office, was the chief editor of Russian-language newspaper Litovsky Kuryer, an outlet that the local intelligence service in Lithuania described as a tool of “Russian influence.”

Made in Russia: Pawns, Bishops, Knights

Kremlin-sponsored operations are only part of the story. The Russian influence in the eastern European media is further bolstered by a spate of investors and organizations with common interests with the Kremlin.
Konstantin Malofeev, who has his own investment fund, has been eyeing local media outlets in Serbia for several years, according to interviews carried out by Mediapowermonitor with Serbian journalists last month. Mr Malofeev was accused by the United Nations (UN) of involvement in the separatist movements in Ukraine. He is also known as being close to Mr Putin’s political coterie.

Mr Malofeev has to date concocted a string of organizations including a business club, and a foundation that promotes the Christian Orthodox religion, the largest in both Serbia and Russia. Mr Malofeev also owns a TV station in Serbia.

Although, he is one of many. Some 110 NGOs and media outlets are directly connected with the Russian lobby in Serbia today, according to a 2016 study from the Center for Euro-Atlantic Studies, a western-funded policy think tank. In the Czech Republic, some 40 fringe websites that specialize in Russian propaganda are in operation, Veronika Vichova of the Prague-based think tank European Values, said at a political powwow in Budapest last month.

One of the most prominent, Eurodenik, is owned by EKO Velari, a company present on the Czech market since 2006. Little is known about its activity; the company is fully owned by Russian citizens, some of them with ownership traces hidden in tax havens. For example, one of the owners, the Moscow-based businessman Valariy Kheday, heads the publishing house Financial Media Group, which is owned by British Virgin Islands-registered Global Financial Media Group. Sputnik also operates in the Czech market.
Dziennik’s website in Poland, which claims to be “a private enterprise” with no links with governments, is allegedly led by Russia’s secret services, according to national security bodies in Poland. (They haven’t offered any proof though.)

However, Re:baltica investigations into the outlet unveiled a hairy operation. Its editor, Adam Kaminski, doesn’t seem to even exist. Some of his Facebook friends say that they never met him. In a separate development, Radio Hobby in Legionowo, a town of some 50,000 people, airs a program every night that is produced and paid by Sputnik. The Polish site of Sputnik News has been in operation on its own for more than two years.

Russian influence in eastern European news media is spreading, but what has been its impact so far?

The management of Baltnews snubbed accusations that Baltnews is a propaganda machine. However, the stories on Baltnews sites are slanted toward Russia’s influence and power. Some stories encourage Baltic governments to be friends with Russia, claiming that the west doesn’t care about them. Baltnews publishes pro-Russian government authors including Galina Sapozhnikova, Vladimir Linderman and Andrei Solopenko.

Baltnews’ audience remains small today. Its Latvian site has less than 300,000 readers, which is only 4% of the audience commanded by Latvia’s largest Russian-language news portal, Rus.delfi.lv. However, the influence of Russian government-supported media is growing fast. In spite of its small audience, Baltnews portals flood the internet with Russian propaganda and anti-western flak.

In Serbia, Russian-slanted media is also expanding its influence rapidly. Even the Serbian president, Tomislav Nikolic, met with Sputnik’s representatives, an honor normally reserved for high officials. By the end of 2016, Sputnik’s app was downloaded 100,000 times in Serbia. The country is a fertile land for Russian propaganda mainly thanks to historical ties between the two nations. The NATO bombing of Serbia back in 1999 tarnished the west’s image, bringing the nation even closer to Russia.

Much of the growing reach of Russian-sponsored media in the region is due to what readers perceive as their quality.

In Poland, the reach of Dziennik is expanding massively thanks to citations or even republication of its stories on mainstream news portals. In the Czech Republic, much of the Eurodenik’s burgeoning popularity comes from its appearance as an independent news portal, neatly designed and featuring numerous articles translated from international media, including British newspapers such as the Guardian or Daily Mail. However, these stories from western media are carefully chosen to serve their purpose. Such was a piece from the Daily Mail that described how “refugees sparked the worst wave of violence since the Nazi era.” Most of these articles were squeezed in a barrel of content from RT and Sputnik.

That has impact on readers. Some 25% of Czechs believe these alternative sources more than mainstream media, according to data from the Czech NGO European Values. There is an even bigger group of people who are undecided and don’t know what to believe.

Anton Shekhovtsov, who founded a blog in 2013 that monitors far-right movements across the world and their links with Russian actors, explains that the ongoing history of Russian-sponsored media harks back to the year 2008 when Russia invaded Georgia. Although Russians beat the Georgian army hollow in only five days, they lost an important game: the information war. That is the moment Russia began to assiduously build its propaganda industry. Nearly ten years later, Russian government media in eastern Europe is steadily becoming a player strong enough to compete with local, often ailing, media outlets.

The story was edited on 5 May 2019 to remove information used in the story that was originally published by the news outlet B92, which later retracted it.