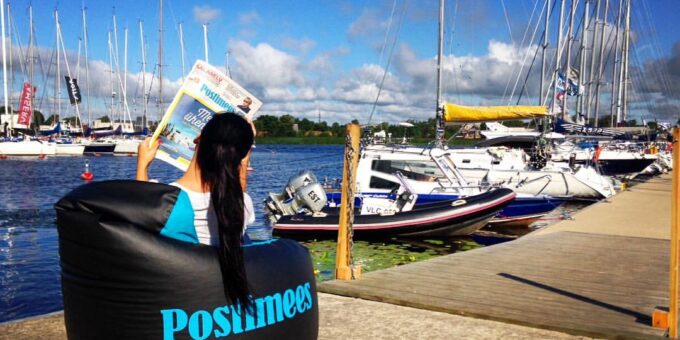 “To our knowledge, for the first time in the history of Postimees, we are told about what [to write] and how we should write. It is prescribed to us whom to cover and with what degree of criticism,” the department heads of the Estonian daily newspaper Postimees wrote in a memo sent last March to the publication’s owner, Margus Linnamae, and its general manager, Sven Nuutmann.

Postimees is the largest and oldest daily in Estonia with 160 years of continuous publication. The letter was sent by journalists angered by the repeated practices of the newspaper’s general management to dictate about whom to write or not to write and even in what kind of tone, according to the memo, a draft version of which was intercepted by Eesti Rahvusringhaaling (ERR), Estonia’s public broadcaster.

The newspaper’s journalists said that they don’t remember such pressure being enforced before, not even when Postimees was under the ownership of Norway’s media company group Schibsted. They allude to the fact that in the past in Estonia, foreign media owners were not blamed for meddling with the editorial policy of their news outlets.

Postimees is part of Eesti Meedia, the second largest online publisher by revenue in the Baltic countries with €84.8m in sales in 2015, according to data from the Baltic Centre for Media Excellence, a regional think tank. Another Estonian company, Ekspress Grupp, comes second in the region with sales worth some €61.5m in the same year.

Between 1998 and 2013, Postimees and a slew of other assets from Eesti Meedia were controlled by Schibsted. In 2013, a stake in Eesti Meedia was acquired by Mr Linnamae, an Estonian businessman who runs a pharmaceutical distribution company and a pharmacy network. By 2015, Mr Linnamae became the sole owner of Eesti Meedia. In July 2017, he sold a fifth of the shares in the group to the entrepreneur Ivar Vendelin who is the majority owner of the Apollo bookstore chain in Estonia.

Promptly after the letter was delivered, the content director of Eesti Meedia, Hanno Tomberg, told ERR that the conflict was mitigated. All controversial issues had been settled with the editorial staff, according to him.

The controversy was partly the fault of Eesti Meedia’s management, who didn’t sufficiently explain some big changes that have taken place this year in the group’s business, the chief editor of Postimees, Lauri Hussar, told ERR. Eesti Meedia has, since last spring, been consolidating all its assets into a large media house. The management should have better explained the changes triggered by this process, including the advantages of in-house promotions across the outlets owned by Eesti Meedia group, according to Mr Hussar. He and Mr Tomberg were the main negotiators between the cheesed off journalists and the management. The consolidation has led, among other things, to the firing of several department heads in the group.
Whether the pressure on Postimees’ journalists was simply dictated by business logic or by owners’ interests is hard to say.

They seem to have abated for now. For example, after the aforementioned letter was sent to the management, pressure on journalists to produce articles promoting programs on the TV channel Kanal 2 has been ebbing, according to a journalist of Postimees who wanted to remain anonymous.
This at least shows that independence and integrity are still valued in Estonian journalism. However, the Postimees episode also highlights the dangers stemming from the growing power that owners of the large media groups are amassing in the Baltic markets.