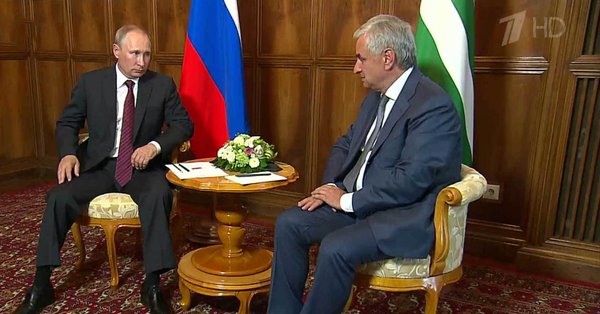 With blistering attacks on the west and extolling coverage of Russia’s head honchos, Russian TV channels are making inroads in Moldova’s media market.

In a 2011 film, the Marvel Comics character Captain America has a mission to stop the mastermind villain Red Skull from using an artifact called the Tesseract as a source of energy to dominate the world. Red Skull is a character depicted as the archenemy of Captain America, the patriotic super-soldier in the eponymous movie serial. Captain America is armed with a shield that is almost unbreakable. He uses it to fight his foes; and he always wins.

Substitute Captain America with the Russian president Vladimir Putin and Red Skull with a western country and you get a sliver of the Russian television diet in Moldova, an eastern European nation with a population of 3.5 million, sandwiched between Romania and Ukraine.

The general message of the programming aired in Moldova by Russian TV stations, including newscasts, talkshows and even entertainment programs, resembles a Marvel movie.

The superhero is Mr Putin, depicted as the defender of world peace, a terrorism fighter and the protector of Christian and moral values. On the other side, we have the usual culprits, the U.S., European Union and North Atlantic Treaty Organization (NATO), organizations that are made responsible for all the military conflicts and moral degradation in the world. As usual on Russian government sponsored media, Ukraine is described as a failed and corrupt state, the sole guilt-bearer for the military conflicts in the region.

“Russian TV stations […] broadcast unilateral information, addressing sensitive issues […] from the perspective of the responsibility of the West, first of all the U.S., NATO and the EU for the escalation of military conflicts and generally for all negative things happening in the region and worldwide,” according to a monitoring report from the Association of Independent Press (API), a Moldovan industry group. Financed by the American Embassy in Chisinau, Moldova’s capital city, the report is based on the results of a monitoring project carried out last spring that covered programs broadcast in Moldova by the Russian TV stations Perviy Kanal, REN TV, RTR, NTV and STS.

All five of these TV stations seem to broadcast variations of the same carefully staged movie based on a scenario minutely moulded on the Kremlin’s official position. On REN TV, the popular journalist Igor Prokopenko claims that a CIA-led secret army is stationed on the Ukrainian territory. He goes on to say: “Today, despite all political games and propaganda, Putin is respected all over the world. His rating is growing; and not only in Russia. Today he is one of the most influential people on the planet.”

Russian broadcasters airing in Moldova often exaggerate facts and use nicknames and pejorative qualifiers to mock and diminish people with different opinions than those of the Kremlin.

In the talkshows broadcast by Perviy Kanal, guests with different opinions are often ridiculed and verbally abused by the programs’ hosts. Newscasts on RTR promote, more or less overtly, anti-Ukrainian, anti-American and anti-European messages. The station blatantly promoted the far-right candidate Marine Le Pen in the French presidential elections last spring. On REN TV, injecting personal opinion in the news is the norm. On NTV, the idea of an imminent nuclear war provoked by the US is regularly circulated.

The interest of Russian TV stations in the Moldovan market is spurred by the overwhelming popularity of television among the local audiences. Some 94% of people in Moldova watch TV, according to a 2016 study from Magenta Consulting. Nearly two-thirds of them watch TV on a daily basis. The same proportion of Moldavians watch at least one hour of television a day.

Nearly 75% of Moldavians declared Romanian as their native language in the latest census back in 2004. Some 16% said the same about Russian. The second largest minority in Moldova, Russians represent up to 10% of the Moldovan population. However, a majority of people understand Russian in the country. Moldova used to be part of Romania, but following a pact between communist Russia and Nazi Germany back in 1940, the country, historically known as Bessarabia, became part of the Soviet Union.

Thus, unlike other countries where the Russian government has to build media outlets from scratch to reach audiences in their local languages, in Moldova they only have to set up a subsidiary and apply for a rebroadcasting license to air their programs brewed in Moscow. The process to receive such a license, unlike a newly established media outlet operating from Moldova, doesn’t require the same amount of effort.
The Russian influence on Moldova’s television market has therefore grown fast. Much of it has been built through local entrepreneurs with political connections.

Perviy Kanal is operated in Moldova by Prime TV, a company controlled by Vlad Plahotniuc, a controversial businessman with positions in the Democratic Party of Moldova (PDM) who in the past year or so has been spending significantly on acquiring media outlets.

Mr Plahotniuc has close business relations with Dorin Pavelescu, the head of the advertising agency Casa Media Plus, a company whose offices are located at the same address as General Media Group, Mr Plahotniuc’s media conglomerate that holds the broadcast license for Pervyi Kanal. Mr Pavelescu, through his company Real Radio, holds the broadcast license for the Russian channel STS.

TV-Comunicatii Grup, the company that holds the license for RTR in Moldova, is majority owned by Rosmediakom, which was co-founded by Sberbank and Vneshekonombank (the two largest banks in Russia by assets), and VGTRK, the Russian state-TV operator. NTV is run in Moldova by Exclusiv Media, company controlled by Corneliu Furculita, a Socialist MP.

The Audiovisual Coordinating Council (CCA), Moldova’s broadcast regulator in charge of licensing and monitoring broadcasters in the country, hasn’t paid sufficient attention to the propaganda on Russian channels.

The CCA has monitored the Russian channels rebroadcast in Moldova only three times since 2014. In only one case, CCA has intervened to suspend the broadcast of the Russian state-owned channel Rossiya-24. Other Russian channels that were imposed sanctions, albeit softer ones, by the CCA haven’t changed their editorial policies.

Recently though, the Moldavian government is beginning to show interest, although for political reasons, in propaganda-related issues. Thus, Russian TV channels might face some attacks, local media experts say. However, as Russian television has gained a solid foot in the Moldova’s media market, that is going to be an uphill battle.

Norina Solomon contributed to this report.