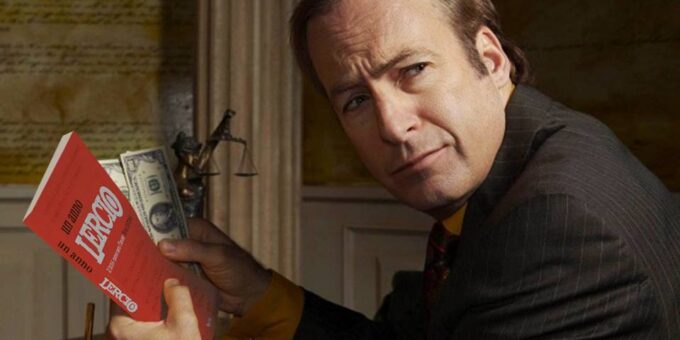 A popular satire website in Italy found out what happens when Facebook loses its sense of humor: they see fake news everywhere.

Publishing under the slogan “The filth that makes the news”, Lercio is a fabled multi-award-winning website of satirical news in Italy.

In its early days, some of Lercio’s stories were taken as truth and shared by the mainstream press. However, soon the name Lercio (Italian for “dirt”) appearing alongside as the source of the news became a renowned synonym of virulent satire, to the point that nowadays the expression “Is this Lercio?” has become common use amongst Italians whenever they read or view any scarcely credible news in the mainstream media.

But what happens when satire lampooning people or institutions fails to be perceived as such, even by the social media and ends up being treated as misleading “fake news”? More importantly, how exactly do social media draw a distinction between pungent satire and mere trolling?

Created in 2012 by a group of satirical bloggers, Lercio publishes irreverent mock news: articles, pictures and videos which make fun of real world news and parody sensational journalism. Lercio is also present on Italy’s national radio and television with a daily strip and has a very popular Facebook page, which counts more than one million followers. The Facebook page is the main tool used by Lercio’s audience to access and share the links to its website.

On 6 September 2017, Lercio posted a mock scoop on its Facebook page taking aim at a growing anti-vaccine movement in Italy, titled “The daughter of Roberto Burioni rejected from school: she is not vaccinated”. Mr Burioni is a renowned scientist and pro-vaccine activist. Last July, Italian lawmakers adopted legal provisions making a raft of vaccinations mandatory for children younger than 16. The move was a response to an anti-vaccine trend that was the result of misinformation, according to Italian officials.

The days following the Burioni article, Lercio’s staff noticed that the visibility of all the links on its page plummeted from a daily average reach of 500,000 people (with peaks of 2-3 million) to a mere 30 maximum. No warning or explanation had been sent by Facebook to the Lercio’s page administrators. They reported it to Facebook’s Help Center, but no response was received.

Eventually, one of Lercio’s co-founders explained tongue-in-cheek: “All we could do was ask the usual friend whose brother-in-law has a cousin whose sister is the mistress of Zuckerberg’s chauffeur” to tell them unofficially what might have happened. That is when they were told, still unofficially, that they had likely been caught by Facebook’s recently launched anti-fake news filtering measures.

Curiously enough, in those same days the webpage of another famous Italian blogger, David Puente, who publishes hoaxes with the sole purpose of fact-checking and debunking them, underwent similar visibility cuts. After Lercio’s unofficial queries to Facebook, followed by further online queries by some of its followers, Lercio’s coverage was suddenly restored. Again, no explanation or apologies were offered.

It is not the first time that Lercio has experienced Facebook’s censorship (or has been fighting fake news zeal, depending on whom you talk to). In March 2016, following the publication of the link to a satirical article titled, “Bergamo priest denies allegations of racism by sh**ging Ethiopian altar boy”, which hinted at news related to an inquest for suspicions of pedophilia among priests in the city of Bergamo, Facebook blocked Lercio’s page for 24 hours. It also banned the administrators from accessing even their own personal Facebook pages for up to seven days for “violating Community Standards.” Again, no further explanation.

In January 2017, Facebook also removed the link to an old Lercio article published in 2013 whose title read “We saw that n**ger first!”. The use of the derogatory appellative, far from being a racist rant in itself, ridiculed two ultra-right wing political movements by pretending they had rioted over which of them should beat a black guy spotted in the street.

In January 2015, Facebook had already introduced an option for users to flag up stories as “false,” warning publishers that stories reported as hoaxes by many users would face reduced visibility and distribution on its platform. Nonetheless, Facebook argued at the time that “satirical content intended to be humorous, or content that is clearly labelled as satire” would not likely be impacted by this update. They said that tests showed that users didn’t tend to report such content.

In May this year, Facebook announced that it was stepping up its efforts to tackle the rise of malicious or misleading fake news online by “reducing links to low-quality web experiences.”

What remains shockingly unclear, though, is what exactly Facebook means by “low-quality web experiences”, how and when artificial intelligence is used to identify links with similar characteristics and to what extent, if at all, are actual people, Facebook employees, used to analyze the context and single out the exceptions.

Jokes and satire, no matter how disturbing or offensive, are not fake news, especially when they come from websites like Lercio whose entire raison d’être is to serve a massive group of readers who are totally aware of its humor.

Tackling the countless different methods of expression on social media platforms is no doubt a learning curve for everyone, including companies like Facebook. However, it is about time social media steps up their transparency standards, improves communication with users and provides prompt redress mechanisms to all the parties involved in the removal of content deemed in breach of its own rules.