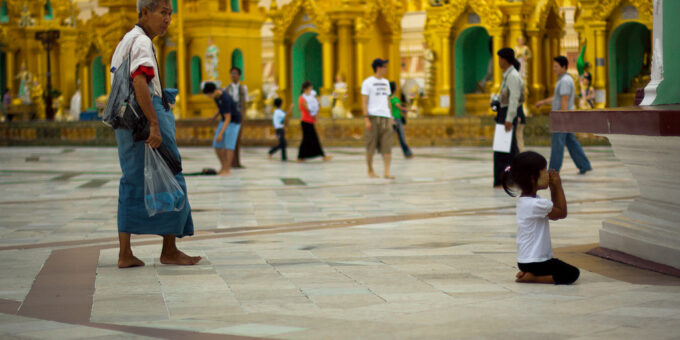 Chinese and Indian news media command millions of followers on Facebook – but it is in the much tinier Myanmar where news media is really effective?

Today, we released the Facebook Index Asia-Pacific, which measures news outlets in this part of the world based on the number of their followers reported to the size of their local market.

The news media market on Facebook in the Asia-Pacific region is extremely vibrant. Only two media outlets score more than 100 in the Index in Asia-Pacific, which is a low score compared to, say, the Middle East and North Africa (MENA) region where we have 17 such news outlets. However, that is explained by the homogeneity of the MENA market, where nations are united by the common use of Arabic. It is not the case in Asia, one of the most diverse continents, an amalgam of language markets, foreign influences and cultures.

Yet, the Asia-Pacific news media market is equally vibrant, with readership spread more uniformly across more platforms, but with a high number of media commanding healthy audiences. A total of 29 news media outlets on Facebook have a score of 50 and higher, meaning that they attract more than half of the country’s total Facebook population. For comparison, only 10 news outlets are followed by at least half of their nation’s Facebook users in Africa, seven in the former Soviet Union countries, five in Europe and a mere three outlets in Latin America.

By far the leader in the popularity ranking on Facebook news media market in Asia-Pacific is Myanmar, with a total of ten outlets attracting 50 and more in 100 Facebook users in the country. That success is likely the result of years of poor access to free news and information in a country that for half a century was under a rough military rule. A string of news media operated in exile during that period.

The opening of the Burmese news market over the past five years, coupled with the fast increase in internet penetration, has led to this massive growth in online readership. Nonetheless, the potential of Myanmar’s news market online is far from being exhausted. In fact, the country’s news industry is at a very early stage of development.

Just a fifth of Myanmar’s internet users are on Facebook, one of the lowest figures in the whole continent. Only seven countries have a lower Facebook user base in Asia-Pacific, including Afghanistan, Papua New Guinea, India, and Pakistan.

Myanmar is also among laggards when it comes to internet usage in Asia, with only 22% or so of its people using the internet. That is more or less the same percentage as the Facebook share in total population, which is a strong indicator of how popular Facebook, in fact, is in Myanmar today. Basically, most of the country’s online population has a Facebook account.

Local sources put internet penetration at much higher levels. The Posts and Telecommunications Department in Yangon, the Burmese capital city, said last year that the internet use in Myanmar topped 39 million. In spite of the rapid development of the internet, these figures are highly disputed by local experts. It is true though that mobile phone penetration levels have spiked dramatically in recent years. Some 90% of the country’s population had a mobile phone in use in 2016, according to the same government sources.

Although that is not an accurate figure, as many Burmese use more than one SIM card, the mobile is growing fast and much of the fight on the local news media market (as in many online industries) is likely to happen on mobile platforms.

A big mystery on the Asia-Pacific Facebook market remains China. Data for Chinese internet, including penetration, usage and Facebook users, is scant, and thus comparisons and analysis of Chinese news media run into sands.

Moreover, much of China’s media have their audience battle on their own turf, on home-grown social media including Tencent QQ, QZone, Sina Weibo and WeChat. Tencent QQ leads with over 830 million users, according to estimates gathered from experts in internet media in Hong Kong.

Nevertheless, China is a big force on Facebook news media as well. The largest news outlets on Facebook in Asia-Pacific by number of followers hail from the Chinese lands. They include CGTN, formerly CCTV, China’s government broadcast behemoth, with nearly 41 million followers, the Communist Party newspaper People’s Daily with more than 36 million readers, and Xinhua, the official news agency of China with some 18.5 million users. As Facebook is blocked in mainland China (the same as many other forms of western social media) these high numbers indicate how strong Chinese media brands are, even outside their own territory. Much of that audience is driven by English speakers of Chinese affairs (as these outlets have English language pages).

After China, India comes next with Aaj Tak, a popular TV news channel run by TV Today Network, which belongs to Living Media Group. They boast nearly 18 million followers. Again, astoundingly commendable is Myanmar, which is present on a remarkable fifth spot in the top most popular news media by number of followers with the 15.2 million followers of 7Day Journal, right after Aaj Tak, which operates in a market of 1.32 billion. 7Day Journal is far more effective than all others. It draws 135 in 100 Facebook users: that means it reaches out across the whole Myanmar population and beyond its borders. Aaj Tak, in contrast, gets the attention of 11 or so people in 100 Indian Facebook users.

Clearly, Myanmar is the place to watch in the coming years. The market has immense potential to offer online and major changes are expected in its Facebook news media. The country’s media is still going through a transition period, with investments pouring into the country, policies being concocted behind closed doors and news outlets upping their ante to further boost their readership bases.

Pakistan and Afghanistan are also going to experience significant developments, albeit for different reasons. Pakistan has a vibrant media scene, with strong players, but they are far from achieving the full potential on social media. The largest player on Facebook in Pakistan is ARY News, a TV channel operated by the muscular ARY group. However, in the overall Asia-Pacific Facebook Index, they are on a not-so-respectable 30th place, with less than 50 followers in 100 Pakistani Facebook users.

Afghanistan is going to be a hotspot for news media online for totally different reasons. The internet penetration there is still abysmal: somewhere at 11%, which is the lowest in the whole continent if North Korea, where it is imagined to hover around 1%, is excluded. Only 8% of Afghanis are on Facebook; but, that is a fast-growing community. The winner seems to be (for now) TOLO News, with a healthy 92 index. Radio Azadi follows with 73.7. Although, as the Facebook population in the country grows and diversifies, that power game is likely to change.