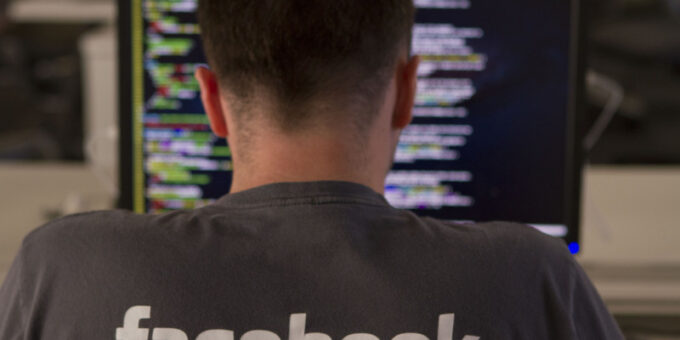 One would expect the richer western newsrooms to be more agile in commanding online audiences; however, it is news outlets in less developed markets that are far more effective in capturing audiences on Facebook, according to our newly released index.

7Day News Journal is one of the most popular newspapers in Myanmar, with a circulation of roughly 50,000 copies. Grappling with high production costs and an impracticable distribution network, the publication struggles to remain lucrative in a young, yet fast-growing media market.

There is a much more reliable distribution format, though, where 7Day News Journal has no problems reaching its readers: the internet. With over 15 million followers, 7Day News Journal is by far the biggest news media player on the Burmese Facebook. Spectacularly, it’s also the most effective news media outlet in the Asian Facebook with a score of 135.2, according to our newly released Facebook Index.

The Facebook Index measures the reach of news media on Facebook by comparing the follower base with the total number of Facebook users in a given country. Essentially, this Index shows you how many people media and news platforms reach in 100 Facebook users. For example, 7Day News Journal reaches the 11.2 million Facebook users in Myanmar and more, beyond the country’s borders. (Read more about the index methodology)

7Day News Journal is followed in the global ranking by Eleven Media Group, another Burmese media organization, which publishes Daily Eleven, the newspaper believed to have the highest circulation in Myanmar. Its owners would not disclose circulation figures. In the Facebook Index, Eleven Media Group has a 118.7 score.

For a country that until a few years ago was recovering from half a century of military dictatorship, the popularity of its news media online is simply staggering. Local journalists say that the long and harsh dictatorship in Myanmar, when access to independent journalism was limited, explains this hunger for news. Back then, only a smidgen of independent media outlets relayed news to Burma, as the country was known at the time. They were operating from abroad. Some of them, such as Mizzima News, have slowly moved back into the country during the last three years or so.

Myanmar is a Facebook heaven. In the entire world, only 89 news media outlets reach more than 50 in 100 Facebook users on their national market. Myanmar accounts for 10 of those. With an internet user penetration hovering around 22% in 2016 (although the local government put that figure at a much higher level), the country has massive potential in the online space. More or less the entire population of the country is on Facebook.

But Myanmar is not alone. The Middle East is the theater of a much bigger expansion of news media.

Palestine dominates the Facebook news media market, taking the first seven places in the world, according to the index. All of them reach more than double the population of Palestine. However, the success of the Palestinian outlets has to be taken with a pinch of salt as much of their audiences come from the larger Arab world.

Al Quds, a Palestinian daily newspaper that is put together in Jerusalem, has a remarkable 492.3 index, making it the most effective news media in the world. That means it reaches nearly five times more than Palestine’s Facebook public. In the Arabic language Facebook market, it ranks 15th at par with BBC Arabic, still an honorable position in a global ranking. But its index is only 5.

Nonetheless, the Arab world features some of the most mettlesome news media on Facebook. Nearly 40% of the 89 news media that reach at least 50 in 100 Facebook users hail from the Middle East and North Africa (MENA) region. A total of 17 out of 21 news media that have an index of over 100 come from the Arab world. All those are a clear indicator of a homogenous language market where media consumption patterns are not confined to national borders.

MENA is, in fact, the third biggest Facebook subscriber in the world after the Americas and Europe with nearly 44% of its people present on the network.

In contrast, the performance of news media in more advanced markets is rather ineffectual. In Europe, only five news media outlets boast a follower base of more than 50 in 100 Facebook account holders. All of them are based in the Balkans. Moreover, three of them are located in Kosovo; their Facebook index is hyped by the Albanian speaking population who live outside Kosovo, mostly in neighboring Albania.

Kosovo, a country of less than two million, declared independence from Serbia in 2008 following a decade of tensions with the Serbs, including a war in the late 1990s. Most people in Kosovo, over 95% of them, speak Albanian.

The largest player from western Europe is Ireland’s Sunday World. It commands only some 22% of the Irish Facebook market. The leader in the U.K. is the Daily Mail, with an index of 18.3, which makes it the 29th most effective news outlet on Facebook; far from a dazzling performance.
Even more shocking is the poor performance of American outlets. The sole outlet from America able to attract at least 10 in 100 Facebook users is CNN. Its audience of over 27 million followers translates into an index of 13.5, placing it on a far-from-flattering 428 position. Moreover, even that index is pumped up by the large following that CNN has outside America. In the English language index, CNN occupies a more respectable place, third, trailing the English operations of CGTN and People’s Daily, two Chinese government owned outlets. CNN’s index on the Facebook English language market is a mere 2.9.

Obviously, the poor effectiveness of news media in America or other advanced markets as measured by the Facebook Index is explained by the fiercer competition for readers than in other less developed markets. Fragmentation is a key trend in today’s news media industry. It seems that news media outside America is adjusting to it faster.