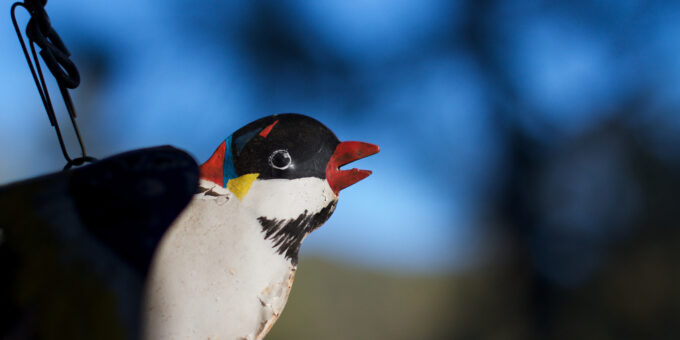 In Latin America, the Twitter news market is in the hands of the big nations such as Mexico and Brazil. When it comes to truly effective news operations, though, smaller markets like Uruguay lead the pack. One nation though scores big in both size and effectiveness; and that is Colombia.

Twitter is far less spread than Facebook in Latin America. According to data gathered by MediaPowerMonitor from local sources, some 105 million Latin Americans are on Twitter, which is threefold less than the Facebook outreach in the region.

Brazil and Mexico are the leading Twitter markets in Latin America, accounting together for more than half of the total Twitter users in the region. However, a much bigger Twitter-hugging nation is Venezuela of the repressive Maduro regime where more than 23 million Twitter accounts have been registered. It has to be noted though that the Twitter penetration rate in Venezuela stands at a whopping 78%, which is by far the greatest Twitter user rate across Latin America.

In contrast, in Brazil and Mexico, only 14% and nearly 21% of the people are on Twitter, respectively. That shows the huge potential that the two most populous countries in Latin America still have on Twitter.

The most effective news outlets on Twitter in Latin America come, unexpectedly, from Uruguay. Of the ten most effective news outlets in Latin America, eight hail from Uruguay, according to the MediaPowerMonitor Twitter Index. The three most effective, El Observador, El Pais and Subrayado, boast indices of over 1,000. All of the Uruguayan news media canvassed by our researchers have indices of over 100, which shows a healthy outreach outside the Uruguayan Twitter market.

The effectiveness of the Uruguayan news media, as expressed in the Twitter Index, is also due to its modest size: Uruguay is the smallest Twitter market in Latin America with only 53,000 or so users, or a dismal 1.6% penetration. Thus, most of the Twitter audiences that outlets from Uruguay command come from other countries.

When it comes to the number of followers, the Twitter news media ranking in Latin America is dominated by businesses from the largest markets, Brazil and Mexico, followed by Colombia and Venezuela.

The poor performance of outlets from Argentina, another populous country in Latin America, is rather notable. Only one news operation from Argentina, Todo Noticias, of the Clarin group, is present among the top 20 news outlets by number of Twitter followers. Colombia, a country with five million people more than Argentina, but some 1.1 million fewer Twitter users, has four news outlets in the top 20.

G1, the news portal of the Globo media behemoth, is the biggest Twitter player in Latin America with more than 9.6 million fans, followed by the Brazilian weekly Veja, an outlet run by the Abril group, with some 8 million followers.

However, Brazilian G1 and Veja sport relatively modest Twitter indices on their home markets: 32.7 and 27.4, respectively. That means that, in spite of their overall large audience, they reach less than a third of their domestic Twitter market.

In our view, the most effective player on Twitter at the moment is Noticias Caracol, the news program of the Colombian TV station Caracol, a private TV network controlled by the mighty Santo Domingo Group. Led by the Santo Domingo family scion Alejandro, the group is known for its huge influence in the Colombian market. It controls a stake in the international beer-making giant SABMiller and owned parts of the Avianca airlines. It also owns other media businesses, including the weekly El Espectador and the Bluradio station in Bogota, the Colombian capital city.

With 7.8 million Twitter supporters, Noticias Caracol comes third in Latin America in terms of size of the audience after Brazil’s G1 and Veja. This is impressive for a country four times less populous than Brazil; but what shows the true influence of Noticias Caracol is its Twitter index, a healthy 100.2, which means that all Colombians on Twitter follow them.

All these figures describe a truly effective, popular and influential media outlet on the Twitter market. One: it dominates the Spanish-speaking Twitter market in Latin America (number one ahead of Aristegui Noticias of Mexico, its Colombian peer Noticias RCN and Venezuela’s La Patilla). Two: it practically reaches all the computers of the Twitter users at home in Colombia.

The healthy performance of other news shops from Colombia, including the already mentioned TV station RCN, the daily newspaper El Tiempo, and the weeklies El Espectador and Revista Semana, is a strong indicator of the influence Colombian news enjoys on Twitter.