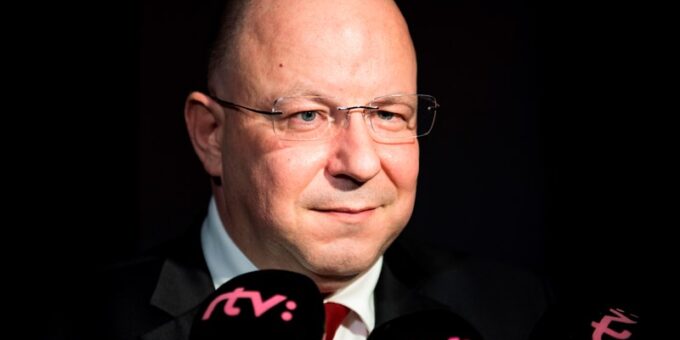 The management of RTVS, Slovakia’s public broadcaster, is poised to turn the station into a political enterprise. The recent cancellation of the station’s sole investigative journalism program is part of that strategy.

In early 2017, Matica Slovenska, a state-financed scientific and cultural institution in Slovakia, uploaded an online video linking the existence of the Slovak state with Nazi Germany and the deportation of 75,000 Jews from Slovakia to concentration camps. The video basically insinuated that without Nazi support and Jewish annihilation, the Slovak state would not be here today.

The Slovak state was created back in 1939 by a string of local, Nazi-hugging politicians grouped in the Hlinka’s Slovak People’s Party, a right-wing conservative party, now defunct, that ran its own paramilitary units. Led at the time by the Roman Catholic priest Jozef Tiso, the Slovak state was one of the countries that agreed to send Jews to their deaths as part of the Nazis’ Final Solution.

The move is not a family matter, journalists interviewed for this report said. It is part of a bigger alignment strategy at Slovakia’s public broadcaster, aimed at whittling away criticism of authorities and mollycoddling a nationalist party from Slovakia’s ruling coalition.

The decision to cancel the Reporteri show stunned the program’s team. Six journalists working for the program and their boss, Pavol Fejer, last week published an open letter where they criticized this decision. The RTVS management argued that the overall quality of the show, both when it comes to topics and production, was far from the standards of such a program.

An RTVS spokesperson said that the program didn’t have a clear focus, covering too many diverse topics ranging from civic to business to political issues. The choice of sources presented in the reports and balance were a problem as well, according to RTVS’ management. The RTVS bosses also criticized the “errors” made in the program that led to an increasing number of complaints. RTVS has no time, energy and money to deal with such complaints, RTVS’ spokesperson said in a written letter.

The last Reporteri show is to be aired this week. It will then disappear from schedules for at least one year. The RTVS management would not say whether they would consider bringing the show back on air. The program’s journalists were offered to be transferred to another program, Citizen Behind Doors (Obcan Za Dverami), a show focused on solving disputes between citizens.

The journalists from the Reporteri program rejected the management’s critique. The sole investigative reporting program on the Slovak public TV, Reporteri is one of the station’s oldest programs. The program’s journalists have thus far won a raft of journalistic prizes for their work. Colleagues from other RTVS departments, including the station’s main news desk, support the Reporteri team. A campaign to force the station’s management to reverse the decision is unfolding. Reporters Without Borders (RSF), a Paris-based NGO, condemned the decision.

Nothing, however, seems to change the new direction of Slovakia’s public media. The mood among the broadcaster’s journalists is gloomy. Journalists from the Slovak public radio, SRo, say that pressures to influence the editorial coverage are also mounting at the public radio, which is a part of RTVS as well. SRo’s management wants the station’s journalists to wax lyrical about the Slovak National Party (SNS), a nationalist party, junior member of Slovakia’s ruling coalition.“We are pressured to write positive news stories about certain politicians,” a Bratislava-based journalist from SRo told MediaPowerMonitor.

RTVS is changing fast following the appointment of Jaroslav Reznik at its helm in June 2017. Mr Reznik, who officially started his current RTVS mandate on 2 August 2017, last year promised to turn RTVS into a “national, cultural institution” that will fulfill its public service mission. In his first two months in office, Mr Reznik reshuffled the broadcaster’s management, making changes in several units including the news department and the advertising sales division.

Amid much hoopla about the future of Slovak public media, he promised after his appointment that journalism at the public broadcaster will be strengthened during his mandate. Mr Reznik’s understanding of journalism, though, is clearly warped by his closeness to politics and politicians throughout his entire career.

A graduate from the Presov-based Philosophy Faculty, Mr Reznik began his career in the media as a director of a regional radio studio in Kosice back in 1993. Throughout the 1990s, he was known for his intimate links with the Movement for a Democratic Slovakia (HZDS), a national conservative party. Its founder, Vladimir Meciar, who has been the prime minister three times, allegedly had connections with organized crime groups. HZDS was dissolved in 2012 after it failed to secure any seats in that year’s elections.
In the 1990s, with HZDS support, Mr Reznik was named to head the Slovak public radio. Journalists at the station complained back then about the censorship he enforced at the station. He was known at the time for visiting HZDS to doff his cap to the party’s bosses. During Mr Reznik’s leadership, the radio’s ratings tumbled.

In 2007, Mr Reznik was appointed general director of the state-controlled news agency TASR. His contract there was renewed in 2014. Mr Reznik’s track record at TASR was also fraught with controversy. In 2013, he transferred control of two websites run by TASR to a private company, Teraz Media, co-owned by TASR and Impre Media, a company that had ownership links with the financial group Slavia Capital. Slovak authorities said in early 2017 that they had not been aware of the deal. TASR operates with an annual budget of over €2m from the Slovak government. In a separate development, in early 2017, TASR signed a cooperation agreement with Sputnik, a news agency bankrolled by the Russian government. Mr Reznik said that he agreed to cooperate with such a controversial media outlet because the deal gave TASR access to Sputnik’s database, which is an invaluable information resource. Facing strong criticism from the public after the fact, he then rushed to nullify the agreement just one day after it was signed.

There is no doubt that Mr Reznik is close to right-wing, nationalist parties. One of them, SNS, helped to appoint him in parliament in 2017. Mr Reznik is a friend of SNS’ chair, Andrej Danko, who proposed to cancel the license fees Slovaks pay to finance the public broadcaster and who recently proposed to allow RTVS to carry an unlimited amount of advertising.
Mr Reznik’s stint at RTVS is detrimental to the station’s image at a time when the broadcaster is successfully winning back audiences lost to commercial competition. Its newscasts in 2016 were praised in local surveys as the most objective in Slovakia in years. In the past two years, RTVS has registered the highest audience in a long time, albeit that, at 11%, RTVS’s television channels’ combined audience is still lagging behind its competitors, the privately owned TV chains operated by Central European Media Enterprises (CME) and Mac TV.

RTVS has not responded to our invitation to comment for this article.
“The RTVS news became more objective under the previous director [Vaclav Mika] who was eligible for a second five-year term,” Mr Kuzel said. “Reznik’s appointment was a clear signal from the ruling coalition that they did not like the improved reporting but preferred someone with a “yes man” track record.”

With Mr Reznik at its helm, the future of Slovak public media is the bleakest in decades. By making RTVS a party broadcaster, he is consigning Slovakia’s public media right to the grave.